Some leadership situations occur that do not give us a definitive example of something that went well or something we should not do.  There are cases where a situation may go badly but the take away, good or bad, is not clear.  In the case of a situation that did not go well and the leader does not survive the event, we may never know what caused a leader to act as they did—we may assume and form theories but we will never know in fact.  Such a case follows.  The leader acted ultimately in a way that was inexplicable and did cost lives.

To note, even in such a case, the mission must be accomplished.  Other leaders will be caused to compensate.

There were many stories of challenged leadership and leadership responses that illustrated how a leader could be compromised during the operation to seize Munda Airfield on New Georgia in the Solomon Islands in 1943.  It was a tough operation in the event for the almost three divisions of troops involved.  The Japanese commander, General Sasaki, was a very competent and experienced infantry commander who fought the forces available to him extremely well.  His soldiers and units initially fought exceptionally well with skill and determination before the tough unforgiving climate, terrain and supply shortages took their toll along with the ever-increasing effectiveness of the assaulting U. S. forces.

New Georgia Island was a rugged volcanic terrain of intersecting ridges heavily covered with thick Pacific island jungle vegetation.  The heat and humidity rotted boots, uniforms and web equipment quickly—the soldier was almost always damp to wet while working through the jungle.   Visibility for fields of fire was severely restricted in unimproved terrain.  Use of fires could create even more havoc by bursting in the upper reaches of the tree cover, the shards becoming a menace to friend and foe.  Worse, the broken trees and limbs from a fire preparation could make a forward assault on a position a nightmare—the fallen tree material creating a tangled form of abatis resulting in a situation for the attacker not much improved from working through the standing jungle foliage.

The techniques used by the defending Imperial Japanese Army units at night to terrorize and affect the opposing U. S. infantry were initially effective—moving close to positions, screaming obscenities in English, calling out officer’s names, infiltrating positions and strangling occupants and mortaring bivouacs.  And of course, U. S. units were active at night as well.  The day assaults against very effective Japanese defenses, the night time terrors, the heat and humidity…as the days stretched into weeks, affected some leaders more than others.

Remembering the difficult fighting years later, a then senior non-commissioned officer in one of the rifle companies of U. S. XIV Corps that had been in the fight since the initial amphibious assault on the island’s shoreline, recalled an experience that was forever in his mind.  The memory was of a bayonet assault by another platoon in the company.

The platoon leader, a recently commissioned lieutenant, had been, as was the non-commissioned officer, one of the company’s original guardsmen in the unit when federalized from Connecticut state service in February 1941.  The two were good friends. 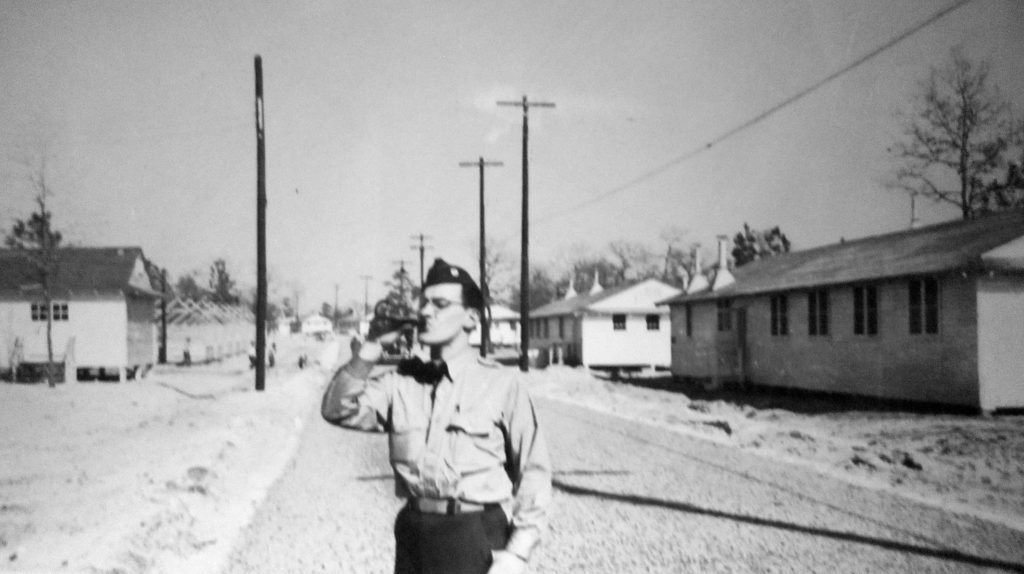 A friend who would later lead a bayonet charge in the South Pacific drinking a Coke while stationed at Camp Blanding, Florida in 1941.

The system of defense the Japanese units used on the ridge approaches rising from the amphibious assault landing location was extremely effective. The commanders sited well located and supported bunkered positions with well laid automatic weapons fields of fire augmented with rifle and mortar fires.

Typically, these positions were at key trail junctions and likely attacking approaches through the heavy jungle that covered the ridge systems.  The positions were selected in such way that they optimized the kill zones in the close broken and jungle covered terrain. The positions of usually a platoon to company defense were situated to make it difficult for an assaulting force to flank the positions.  The XIV Corps units making the frontal assault on these positions found the going slow and difficult, though headway was gradually and increasingly made.

At one point days into these operations a platoon ordered to assault one of these positions did the unthinkable.  The platoon leader ordered the platoon to fix bayonets and frontally assault the Japanese position.  The artillery prep had created an almost suicidal tangle of shattered tree foliage covering the approaching ground to knee and hip level.  And the Japanese machineguns were sited perfectly to expose any in the open assault to withering fires.

But the platoon leader with no effort to arrange suppressive fires, ordered his platoon to fix bayonets and attack across the deadly ground.  The result was tragic.

As the infantrymen attempted to run and jump over the obstructing tangle of fractured tree limbs and leaves, the waste high machinegun and rifle fire quickly decimated their ranks.  One of the first to fall was the lieutenant.  The platoon was later reorganized and another platoon was able to flank the Japanese position and neutralize it.  (The platoon was a unit of the 169th Infantry Regiment, 43rd Infantry Division.  The division was a formation of the XIVth Corps for the operations outlined in this vignette.) 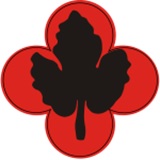 But to the old friend NCO of the dead lieutenant, to his grave the question haunted—what made his friend snap in judgment to attempt such a fatal hopeless and tragic assault under such conditions?  There was nothing left behind to explain it except that perhaps the leader had somehow snapped.

The NCO later was commissioned himself.  He remained in the Army after the war and rose to field grade rank serving again overseas in Europe and Southeast Asia.  He raised his three children and dedicated himself as a serving officer, husband and father to three children.  But the memory and question would come back to mind—why did his friend the lieutenant make that fatal assault?

There are times in the experience of leaders and leadership where a leader fails.  Sometimes this failure can be spectacular and tragic.  And it can sometimes defy explanation. This was one of those times.

The NCO retired from the Army as an infantry lieutenant colonel 22 years later.  The question would still haunt him then and later.  In 2008 the colonel joined the serried ranks in the mists and  his lieutenant friend.  Perhaps now he has the answer.

The Question of Relevance