The Lowthers at the Royal Military College

Lewis Huggan Lowther and his father Lieutenant-Colonel Lewis Trueman Lowther have a long and interesting history at RMC. Lew (the son) came to the Department of Physics in November 1949 to work as a lab instructor and an invigilator. Two years later, he became Technical Officer, a job he held until he retired in 1986, having spent about 36 years in the Department of Physics. Lew and his wife Mabel live in South Frontenac, just north of Kingston. Lew has many fond memories of  RMC, including Willard Boyle, the Canadian who won the 2009 Nobel Prize in Physics. Boyle was a professor in the Department of Physics at RMC in the early 1950’s. Lew particularly remembers helping “Bill” keep his old car running, which Bill sold to David Baird, another very well known member of the Department. They also did a lot of fishing together.

Actually, 1949 was not the first time Lew was at RMC. In 1941/1942, his father Lewis was posted to RMC to be in charge of Senior Officers Courses. Lew remembers his first night in Kingston, sleeping in temporary quarters in the Old Hospital beside the parade square. The family then moved into their permanent residence, Barriefield House, in the village of Barriefield, just up the hill from RMC. 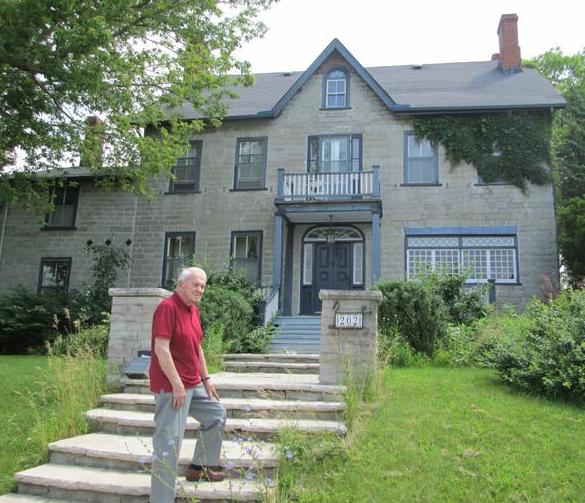 Lew’s father Lieutenant-Colonel Lowther had a distinguished military career. LT (as he was known) was born on June 11, 1896 in Kensington, Prince Edward Island. He served Canada in both World War I and World War II. He enlisted in 1915 at the age of 19 and was deployed on October 12th, 1915 with the 85th Battalion of the Nova Scotia Highlanders, Canadian Expeditionary Force. By 1916, he was a Corporal and stationed at the Aldershot Camp, Nova Scotia.

In World War I, he fought at Cayeux, France in 1918 as part of the 4th Divisional Wing, Canadian Corps Reinforcement Camp, part of the 85th Battalion. As a Lieutenant, he was wounded on Sept 27th, 1918 as part of the battle of Passchendaele (3rd Battle of Ypres). He was shot in the foot. He returned to France in December 1918. After his recovery, he was sent to Rixensart, Belgium in January 1919. In April 1919 he was given command of “H” Company of the 85th Canadian Infantry Battalion, Nova Scotia Highlanders.

On July 3rd, 1925 his son Lewis Huggan Lowther was born, also in Kensington PEI. LT was the president of the PEI Teachers Federation from 1923-25 and was on the Finance Committee in 1927. In 1932 he was the president of the Charlottetown Royal Canadian Legion. He was also on the Royal Military College Advisory Board. In 1933 he was 2nd in Command and by 1936 he was the Commanding Officer of the Prince Edward Island Light Horse Regiment. In 1939 he was named Aide-de-Camp to the Lieutenant Governor of PEI.

On January 23rd, 1940 he left his job as the Principal of Prince Street School to go overseas.

He was given the job of Deputy Assistant Adjutant-General at the Canadian Military Headquarters in London, England. He was the Commanding Officer of the West Nova Scotia Regiment from January to March 1941. In May 1941, he was recalled from his post in London and appointed a Staff Officer at the Royal Military College in charge of the Senior Officers Course. When the family lived in Barriefield House in 1941/42, Lew (the son) was a high school student at Kingston Collegiate & Vocational Institute. Lew went to Cadet Summer Training at Camp Borden where he learned to ride military motorcycles. 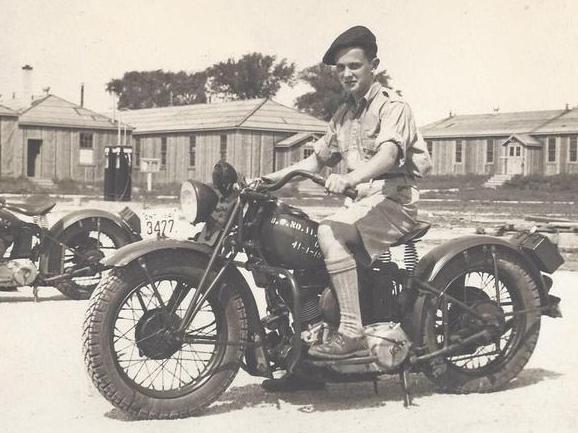 In 1942, Lieutenant-Colonel Lowther was given the post of General Staff Officer 1 with the 6th Canadian Division in Esquimalt, B.C. In 1943 he was made Acting Brigadier of Fortress Headquarters in Esquimalt. Between 1943 and 1944 he was in Washington, DC after being appointed Secretary of a joint committee on Canadian-American military planning. Over his lifetime, he was awarded the following medals:

In 1946 he returned to be principal of Prince Street School after his service. In 1947 he was an executive member of the Abegweit Amateur Athletics Association and in 1948 he went to Saskatoon for a Legion Convention. In a book called “History of Prince Street School” written by Mabel Matheson, L.T. is considered a progressive leader and principal of the school having “an enviable record of scholastic achievement”. LT was the first principal of Queen Charlotte School in Charlottetown when it opened on Dec 6th, 1954. From 1949-1950 he was the PEI Music Festival Association President. In 1949 he was on the Canadian Legion Interprovincial Committee on Education. From 1950-1954 was the Commanding Officer of the Prince Street School Cadet Corps. LT retired on June 12th, 1958 and enjoyed many years of walking his dogs for miles each morning and tending to his family. Lieutenant Colonel Lowther died in PEI, a day after his birthday, on June 12, 1986, age 90 after a long and very interesting life of service to his community and to Canada. Almost his entire family was present in PEI that day, and the morning of his passing, he had already cut wood (which he did every morning), and was enjoying his morning cup surrounded by his loved ones, reading the paper. 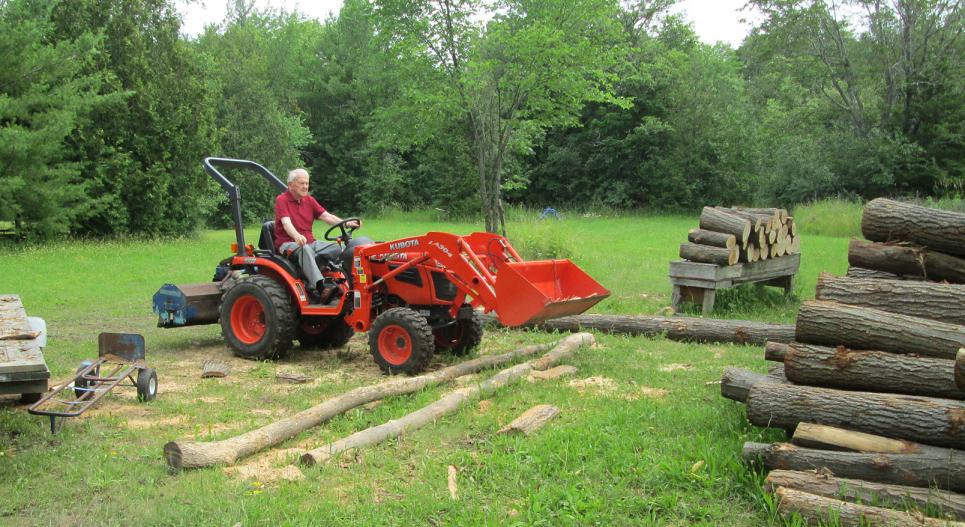 Lew Lowther on his Tractor

Back in South Frontenac, Lew is very active on his large property with his tractor, very much enjoying the outdoors. Lew’s son-in-law Dwight Campbell, who lives next door, also had a long career at RMC, serving as a lab instructor and technician in the Department of Physics for many years. Lew enjoys the monthly RMC Retired Staff Luncheons where he can keep in touch with his many friends from the College.

A special thank you to Lew and his family for their many years of service to RMC and to Canada.

Story contributed by Brendan Lowther (Lew’s grandson and LT’s Great Grandson), and by 8761 Phil Somers (who,  like Lew and his father, was also born in Kensington, PEI).