The Matriarch—a Towering Leader at 5’ 2” 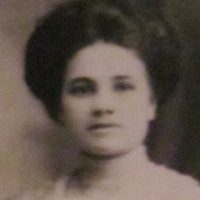 The captain and his family moved into their temporary quarters.  The Cold War was moving into a new phase as combat operations in Korea, the arguable third of the Cold War’s hot campaigns, came to a close.  The developing geopolitical situation had made it even more apparent that the Army would not be able to return to pre-World War II strength levels as the Cold War continued, thus the temporary quarters.

The Army’s pre-WW II establishment of just over 180,000 troops had a corresponding quartering capability, some of which dated back to the 1820s and in some cases earlier.  Some new permanent construction had occurred just prior to WW II.  All of these billets were masonry, typically brick.  A huge expansion had occurred during the war of temporary wood frame clapboard structures.  These frame buildings were to be taken down shortly after the war as the Army returned to its pre-war strength levels.  With what followed the war, the reduction as noted did not happen to the pre-war levels.

Now that the Army was likely to be operating for some time at five to six times the pre-war strength level, an expansion of permanent quartering was necessary.  As it was, the WW II temporary structures were being pressed into extended service for an unknown period—some would continue in use to the current day.

And so the captain and his family returning from a three year deployment to Germany driven by the Korean War found themselves moving into a section of a converted WW II hospital complex at Ft. Knox, Kentucky in December 1954.  The building as much as it was consisted of a single level frame structure set on round concrete piles with space between the ground and the floor joists.  Drywall had not been hung from the wall studs, though the different rooms were painted in pastel colors of light green, light blue and pink.  The roofs were covered with tarpaper.  The quarters were drafty that cold winter of 1954-55.

By comparison, the quarters the family had recently vacated in Germany were nicely designed newly constructed masonry apartments.  As well, the state of the German economy, even on a then Army captain’s pay, allowed the family the ability to hire domestic household staff—a putzfrau (cleaning woman).  Now the family found itself in austere, cold and dilapidated quarters—there were no shrubs on the hardscrabble ground. And there was no affordable household help.

The captain’s wife had given birth to a not yet one-year-old daughter and the pregnancy had been difficult—she continued to recover.  The family’s two older boys were six and eight years old and very active.  As well, the captain was placed in company command for a fifth time on reporting to the installation and was continuously in the field and on the ranges.

It was at this time that the mother of the captain’s wife, a widow living in a city in New England, took the train to Louisville.  Her daughter and her daughter’s family needed her assistance.  She didn’t hesitate.

On arrival, she promptly went to work helping to keep the quarters cleaned, preparing meals and helping to keep up with a baby and two very active little boys.  She was the best story teller, card player and jokester a six and eight year old could ask for—she was a master at keeping up with little ones, after all she had 34 grandchildren, and when any of her daughters needed a hand, she gave it.  Her Quebecois accent and lively personality brightened up any situation and a card game with her was an entertaining experience that kept a kid’s attention—it kept little boys engaged.  To this day her stories of the family in Quebec are remembered.

For the several winter months the family occupied the temporary quarters, the matriarch of her family tended to one of her own offspring families and through her cheerful example, engagement with the children and many wonderful meals prepared, helped the family weather the challenges of the initial situation on the installation.  She was a Godsend.  Soon enough she returned to New England having accomplished her mission better than anyone could have.  She left a lasting memory of selflessness, family love and yes—leadership.  She was a great lady.

One may ask how a grandmother of a large family demonstrates leadership.  It is this military example that illustrates the point.  Without hesitation a person in their 60s packed their bags and in a pre-interstate time traveled some 900 miles to help a service family recently redeployed—she knew what that meant.  And she set an example to her grandchildren that as young as they were, they would not forget.  They too would, as would nine of their cousins, enter the service.  The children of one of the young brothers would also serve.  Through the generations her leadership example still plays out today.

Many service families have a similar example.  I use this example to make the case that “leadership” comes in many forms.  This woman by the way was a deeply Catholic person and I don’t believe she ever raised her voice if a laugh or joke would do—and almost always they did.  This person was nine feet tall as a leader—even though she stood only 5’2.”

Note: For the Canadian audience the leader discussed descended from the earliest settlers of New France.  Her people were from all the walks of life and social strata that developed in Quebec.  Several ancestors were soldiers of the Carignan Salieres Regiment and one ancestor, an Amiot, is common with the current PM.   Large parts of her family remain to this day in Beauce.  Her husband’s family introduced ancient Acadian family lines many of which were expelled from Acadia in 1755 eventually making their way to Louisiana.   A large number of these would attend the U. S. Military Academy as early as the 1830-40s serving in Mexico in 1846-7 and two would serve as Confederate brigadier generals in the 1861-65 War.  These families also had soldiers–a 17th Century commander at Port Royal, soldiers of the Carignan Salieres Regiment to include a young ensign who would later serve on the Acadian-Massachusetts frontier in Maine.  I mention these family lines because there seemed a deep sense of duty in these people—and she demonstrated that sense of duty.

Of course, it is difficult to descend from the old settler families of Quebec and Acadia, even if your lines of family have moved into the lower 48, and not find that almost everyone of that heritage is not some degree of cousin.  It is in the end a very large family that has produced many splendid leaders on both sides of the border.  But this grandmother was one the most splendid.