In an active public sector career of over 50 years with the Army and the Commonwealth of Virginia, to include some private sector experience, I have had the privilege of interfacing with many leaders. Some of them were very senior general officers with a public profile in the most senior Army and defense positions.  The rest covered the spectrum from senior, mid level and junior organizational leaders. They were superior officers and supervisors, colleagues, subordinate officers and non-commissioned officers, managers and coordinators. They were also rank and file members of units and organizations who in their way by the example they set were highly effective leaders in their part of the organization. Their form of leadership was in retrospect critical to organizational success.

Two that forever remain in my mind were then-Privates Bisch and Davis.  Both arrived in the battalion in Korea that I was assigned to in late winter 1973. They were among the last young men drafted by the Army before the All Volunteer Force took hold. They joined the understrength rifle platoon I led at the time and immediately made a difference. One was a Baptist minister’s son from Alabama. The other was a just graduated alumni of Middlebury College in Vermont. 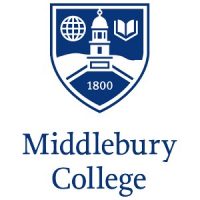 Both were talented athletes and presented well as soldiers. Their personal philosophies became apparent soon after their arrival…they intended to serve well. Their goal was to perform their military duty to the best of their abilities and stay clear of activity that would compromise their personal integrity. One of their collective activities with the other ten soldiers in their draft  assigned to the platoon established an after duty intra-mural basketball league that played daily when in garrison.

Their performance of duty quickly marked them as soldiers of note and informal leaders within the platoon, Davis, an African American was soon serving as an acting sergeant. He indicated the potential to go even further had he decided upon a longer Army career than the remaining 16 months of his service obligation.

Private Bisch, an equally talented and impressive citizen soldier, was the more so given his acceptance of the call to duty immediately after graduation, knowing that he was one of the last drafted men before the all volunteer army initiated.  His positive attitude at a time nationally when the campus attitude was so hostile toward military service marked him as a person a significant cut above his peers.

Several months later I was reassigned to the 2nd Infantry Division staff as aide-de-camp to the Assistant Division Commander for Maneuver (ADC(M)). Within a month, the assigned driver for the ADC(M), a brigadier general, a superb sergeant, came on orders to return to the Continental United States within the following month.  There was a short time to transition another driver.

The driver for the ADC(M) was not a usual driver’s assignment.  Where possible, the soldier assigned to the duty needed to be practically capable to handle, maintain, operate and anticipate the equipment necessary for general’s ground transportation. The soldier also needed to have a sense of the organization from individual soldier and small unit to the larger organizations up to the division level and the units the division interfaced with.  The range of activity and the a schedule were demanding and required a soldier able to think and anticipate.

As contemplated a replacement interview process across the division was a traditional means of finding a replacement driver. This approach would fairly identify an appropriate candidate not unfairly removing a critical talent from a subordinate unit. But the timing of the current driver’s reassignment to assure some effective overlap for training purposes with a replacement was not sufficient to accommodate an interview process.

Though I was not for removing a talented soldier from a rifle platoon that needed that soldier, Private Bisch had every quality necessary for the driver position. While Private Davis had already been advanced to acting sergeant and was a critical leader in the platoon, Private Bisch though an effective informal leader in the platoon had just been promoted to Private Second Class and was expected to be promoted to private first class in the company as soon as eligible.

Considering all factors I chose to arrange an interview with the ADC(M) for now Private Second Class Bisch. The general’s preference was a wider search but the timing dictated a more expeditious approach. The ADC(M) was impressed with Private Bisch  and approved his assignment as the new driver.

Mike Bisch soon became an exceptional driver on the division command group staff driver team and soon was a leader on that team. In addition to the assigned jeeps and other tactical vehicles they also managed and employed the assigned administrative sedans and their communications and maintenance equipment.  Mike’s immediately assigned equipment was always in the best condition possible and he often backed-up and reinforced other team members.

His education also proved an asset.  Always careful to act within his protocols the general nevertheless took advantage of conversation with Mike a political science and business major. As well, Mike appreciated and took advantage of the opportunity presented to educate himself on large organization operations, leadership and management.  He was an excellent student in this regard.

Several months later the ADC(M) was reassigned and Mike became the driver to the new Assistant Division Commander for Support (ADC(S)).  The new ADC(S) quickly came to appreciate Mike’s capabilities. In a short time after assignment, Mike’s eligibility for consideration for promotion to Private First Class occurred. Mike’s exemplary performance, teamwork and leadership made his promotion a reality soon after assignment to division.

I was ordered back to the states a few months later and sadly lost contact with Mike Bisch.   His performance on my departure was orienting him on an early promotion to Specialist 4th Class

But Mike remains in my mind.  He was an exemplar of the soldier leader in the ranks.  Given that his post university graduation life was immediately interrupted by national military service he greatly impressed me with his approach to this citizen’s duty clearly seeing it as such and honoring the obligation with the best performance he was capable of.  With his education and greater maturity, he had become an informal than recognized leader and was oriented on expected promotion to non-commissioned officer within his two year term of service. 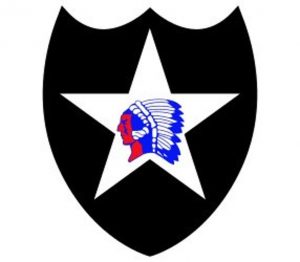