The Private’s Tryst—Finding an M-16 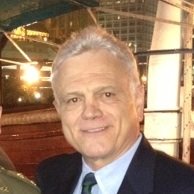 The rifle platoon had been re-constituted and organized just under two months earlier.  It was moving along the military crest of a 3,000 foot high ridge in a northerly direction, the ridge ran north to south.  It was a bald ridge denuded of trees years ago by the Japanese.  The platoon was moving toward a company assembly area on the outer slope of the bowl of an old volcano at even higher elevation.  The platoon had been moving for some time and was about two hours from its company.  The platoon leader called a halt to adjust equipment and do nature’s business.

Security was established but the area was relatively secure except for local thieves attempting to access the platoon’s property.  After a short time an older woman was observed approaching the platoon from down slope on a winding path.  She had a large basket on her head.  After a short time she reached the platoon’s perimeter and was moving from soldier to soldier offering soft drinks.  The time the platoon was to close on the company didn’t permit a longer stay.  The platoon leader ordered the lead squad to continue movement.

Within two hours the platoon was approaching the company’s assembly area located on the higher outer slope of the ancient volcano.  A guide from the company led the platoon into its position on the perimeter.  The company would be in this location with the remainder of the battalion for the next week for weapons and live fire training.  It was the beginning of March and a slow freezing rain began to cover the area with a layer of thin ice.  The platoon moved into its assigned position and organized a platoon defense completing and testing a landline for its field phone from the platoon command post (CP) to the company CP.  By this time darkness had set in.

The platoon had the only known 17-year-old private in the battalion in its ranks. Interestingly, army policy and related laws at the time did not allow the 17-year-old private to be employed in combat operations.  If operations developed that would place the platoon under hostile fire, the private was to be evacuated from the zone of combat.  The private, on more than one occasion, had demonstrated the judgment that might be expected of a 17 year old.  The platoon chain of command kept a weather eye on the private—he had been one of the soldiers the women with the soft drinks had been able to reach.  The private had engaged in a longer conversation than needed for buying a soda.

In the dark of the early morning about an hour before stand to, the field phone rang in the platoon CP. One of the squad leaders reported that in a just conducted weapons check, a private did not have his weapon.  The platoon leader and platoon sergeant immediately moved to the squad leader’s location.

On arrival the squad leader provided a report on his initial interview of the private. BMNT (before morning nautical twilight) was about 20 minutes away.  The private whose weapon was missing was present as well.  It was the 17 year old.

From questioning the private, the squad leader had determined that the private had made arrangements with the “soda lady” to bring a young woman to his location later that night.  The older woman had rendezvoused with the private forward of the squad’s position as arranged with a young woman in tow.

The private, to avail himself of the young woman’s services, chose to move forward of the position in the dark some 150 feet to a bowl shaped depression down slope from the position.  As he was trained, he secured his M 16 rifle by bringing it with him.

However, while engaging in intense social activity with the young women in the dark, the soldier laid his weapon down on the ground.  Apparently, the intensity of the social activity used a great deal of the immediate terrain and when the activity concluded, the private was unable to locate his weapon in the dark.  His plan was to return to the location at dawn to locate the weapon.

Unfortunately for the private, the squad’s physical weapons check determined the weapon absent.  The squad leader took immediate action by questioning the private and reporting an accurate squad weapons status.

At this point, the platoon leader informed the company commander of the situation and the action being taken to locate the weapon.

As BMNT approached, a select party accompanied the private to the location forward of the position where he thought he had laid his weapon down.  Though the weapon was not in that exact location, within 20 minutes it had been located in the higher grass growing in the area.

The private was counseled and some administrative action later followed.  The squad leader, already aware that the private needed extra oversight, increased his over watch—especially as live fire weapons training initiated.

The situation surrounding the private’s tryst from a leadership standpoint supported several observations—no matter how effective leadership is, “Mr. Murphy” is in the mix and if something can go astray, it will, especially if a 17 year old private is part of the equation.  Situation flexibility, but with sound adherence to valid operating procedures, is important for leadership—witness the prompt determination that a weapon was absent through required weapons check.  As well, every soldier in the chain excepting the 17 year old private’s initial withholding of information, were confident in their leaders such that timely and accurate information was reported.  False reports and withholding bad news did not operate in this platoon.  This latter behavior is critical to any success of leaders.

The private’s tryst, though a minor and somewhat humorous development, nevertheless illustrated some essential leadership elements critical to a functioning and effective leader chain.  In this situation it worked—a good thing given the events upcoming.

As well, the incident illustrated how policies and circumstances beyond a particular leader’s control may conspire to challenge effective leadership no matter how competent and experienced a leader is.  In this case, the platoon leader was a senior lieutenant who had commanded at platoon level twice before for almost a year and had served as a company executive officer for another year.  He had a good grasp of the business.

Because of the platoon leader’s experience factor and how he applied that experience and engaged his subordinate leaders as a leader team, a situation that could have deteriorated was handled promptly and effectively in a way that engaged soldiers to best effect.  The situation was resolved rapidly to a good result.

Early Spring of ’17, Happenings – on the Peninsula