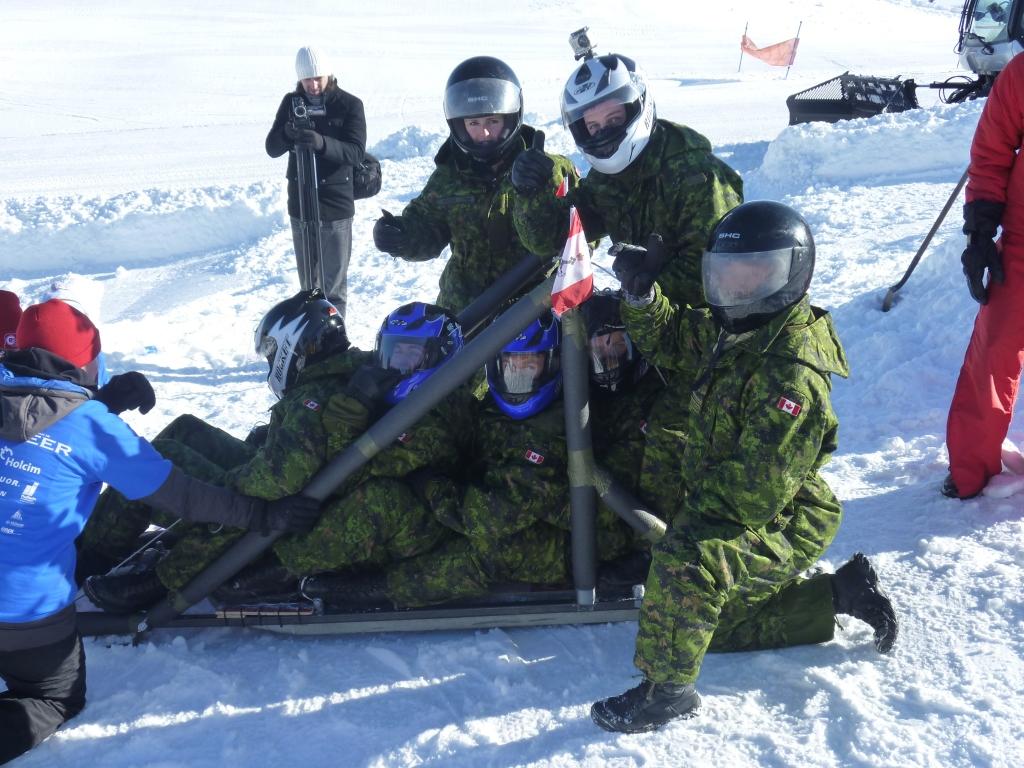 The team, dressed in their 4’s, was greeted on their first night by the ex-cadets of the Calgary branch of the RMC club, who took the time to share dinner with the cadets. The team had a fantastic night sharing stories and memories, while realizing that there are members of the RMC community to connect with, all across Canada. Many thanks goes out to the Calgary Branch for their time and company.

The next day, the team was overwhelmed by the arrival of the multiple universities competing in the race. The atmosphere was filled with pride and team spirit as the teams arrived with their costumes and chants. While the RMC team was outnumbered in team members by a mile, their introductory skit during the opening ceremonies provided a competitive playing ground that built a high reputation for the college between the teams. A standing ovation, followed by the singing of O Canada by the crowd stirred supportive and friendly interaction between the opposing teams and the RMC team. This showed the amount of respect that the engineering students had for the underdog military team, from the Royal Military College of Canada. Thursday was participant interaction day. Two options were available for the participants; curling and a scavenger hunt in Banff or skiing at the Nakiska ski hill in Kananaskis country. RMC’s contingent decided to go skiing. The ski day provided an excellent opportunity to interact with teams from the other universities. After the day’s skiing the cadets went to the cabin of 5675 Mr. Dennis Apedaile of the class of 1963. Mr. Apedaile was kind enough to host the Cadets and provided invaluable help to RMC’s GNCTR team throughout the week’s events. 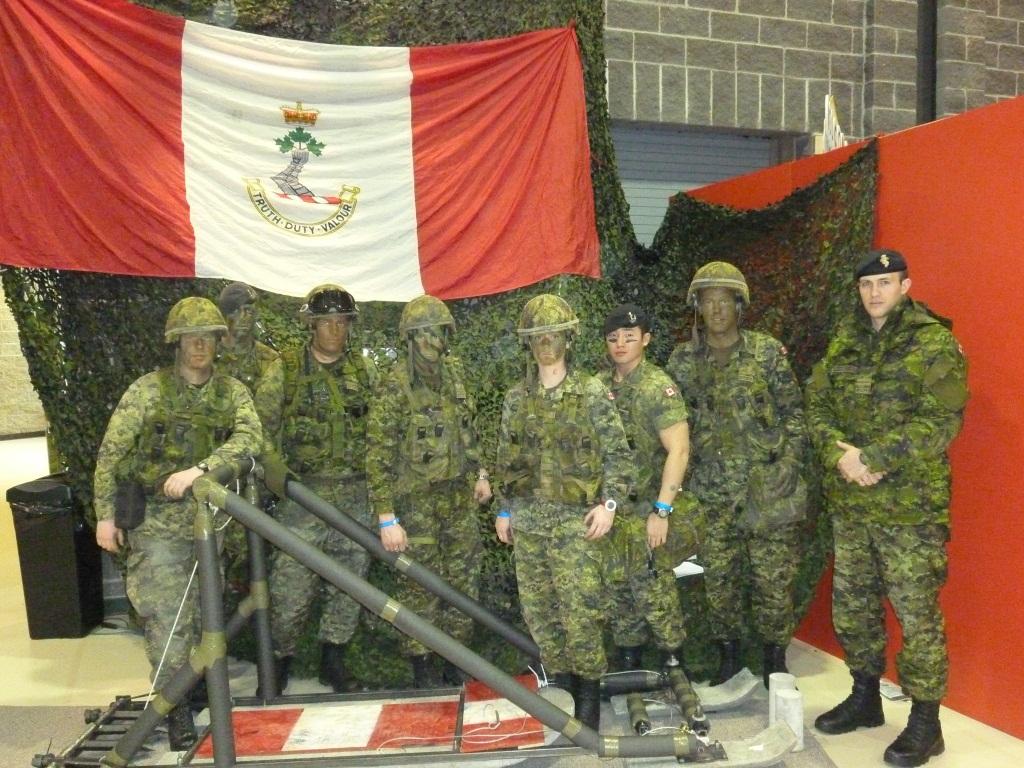 Friday was the technical exhibition where the teams displayed their toboggans and exhibited the technical aspects of the concrete mixture and the steering, braking and roll bar design. Each team wore their costumes and had a display designed around their theme. The officer cadets, following their military theme , set up camouflage netting and wore full fighting order with cam-paint. Judges from the competition evaluated the teams for the concrete mixture design, their braking, steering and roll bar, and for sustainability of their toboggan. Various industries also evaluated designs for effective use of their products. The team demonstrated the uniqueness of RMC by giving the technical presentation as a mock O-group using the standard orders format. Unlike most other teams RMC’s toboggan was entirely constructed by the team members. Most other teams contracted out the construction of the toboggan to professional companies. Despite the short time for design and construction, RMC’s team made a strong showing

The final day of the competition was race day at the Canada Olympic Park. The course was a long straight track with snow banks lining the side of the course. The day got off to a slow start, as the second run of the day by the University of Alberta ended in a bad crash. Their toboggan failed to stop and the resulting crash sent one rider to the hospital with a broken ankle. After the crash the races were paused in order to modify the track to prevent further accidents. The run of the RMC team unfortunately ended with the toboggan crashing halfway down the track. The toboggan lost control and flipped. Fortunately, due to a well-designed and built roll cage the five cadets riding the toboggan only received a few bruises. As a mark of respect for the RMC team, the team walked their toboggan down the remainder of the hill as the spectators sang O Canada. Due to the severity of some of the crashes the event organizers decided not to allow toboggans to do a second run. Despite the unsuccessful toboggan run, the RMC team earned the respect of the other universities and built a high reputation for future races to follow. Amongst the experiences accumulated over the long few days, the real sense of accomplishment was seeing a real-time engineering project from start to finish.

The RMC GNCTR team would like to thank the RMC Foundation, the Calgary Branch of the RMC club, the RMC Department of Civil Engineering, and the officer cadets who contributed to the competition but could not join the team in Calgary. Special thanks goes to Mr. Dexter Gaskin and Steve Vanvolkingburgh from the Civil Engineering Department who provided invaluable help with the construction of the concrete toboggan, 5675 Mr. Dennis Apedaile who provided valuable logistical support in Calgary, and 23455 Captain Robie Gourd who accompanied the team and provided much appreciated support.