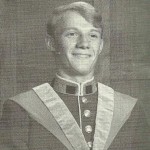 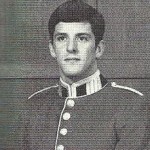 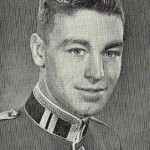 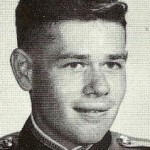 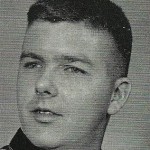 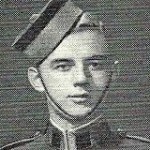 Match the graduation photo with the following statements. See the full write-ups below.

“… began life in the heart of the Alberta oil well country. After his share of cowboys and Indians on location, he/she settled down to the more serious business of the Services.”

“… one of the few cadets who can boast of having played on five rep. teams: football, soccer, water polo, skiing and swimming.”

“His/her guiding credo has been that under no circumstances should one “sweat it,” that is, worry. He/she worked on The Marker for three years with the respect to sports, he/she has actively participated in Rep Skiing and Harriers.”

“Ottawa has sent us one of her finest sons/daughters, a Queen’s Scout, who has been found bird watching in some very unlikely places like Montreal, Ottawa, Kingston, Ft. William, Winnipeg and Calgary.”

“He/she was a star player on the RMC Volleyball team, and he/she helped them along the road to achieving a perfect season. In 4th year he/she distinguished himself/herself as a dedicated rook CSC and a member of the 450 club.”

“He/she found the most effective study hours were spent on the golf course where he/she could contemplate the world’s problems between strokes or, indeed, over a couple of cool ones on the 19th hole.”

“… it goes to show that a triple crown in prep year can lead to five bars! … this soccer god/goddess can dribble under any conditions.”

“Just give him/her a ball, puck or some form of sport equipment and he/she’ll be MVP after the first game… However, it would have to be said that his/her favourite activity he/she began in fourth year – bird watching” 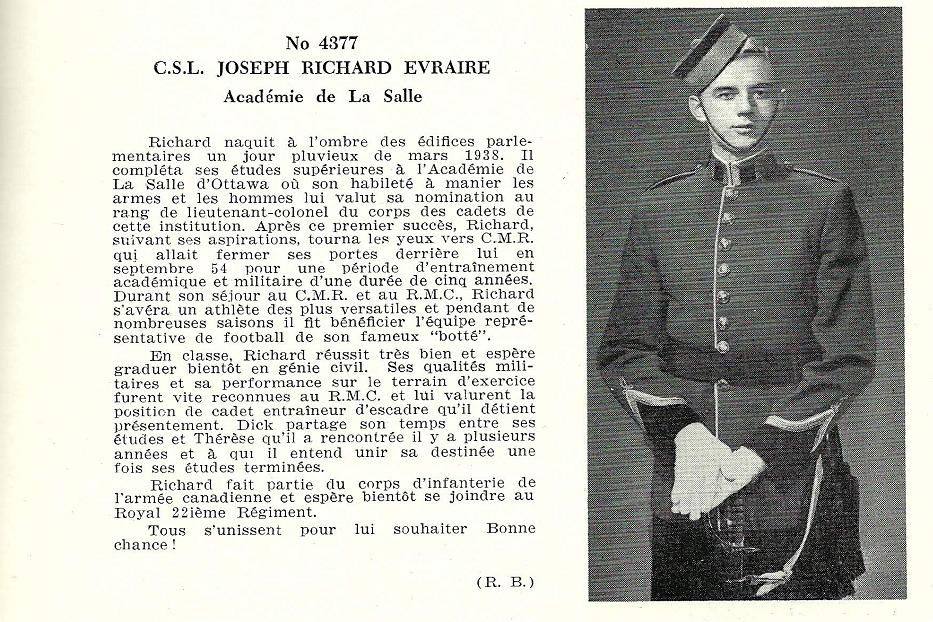