One of the Otter Squadron Cadets, lost her entire house and belongings to fire last week. Temporary accommodations have been obtained. It is estimated that she will not be able to move back into a permanent home for a minimum of six weeks.

The Top 4 cadets amongst themselves gave her $340 and are canvassing the cadet wing for more voluntary support.

22525 Capt JJ Longley – RMCC Staff Officer Coordination has started a ”collection” for this worthy cause.

As such, she is asking any member of staff, faculty and e-Veritas readers that may have a few $$$ to spare, to please consider making a voluntary donation.

Any money raised will go right into the hands of the victim to assist her with incidentals, food, etc as the insurance company policy comes through. 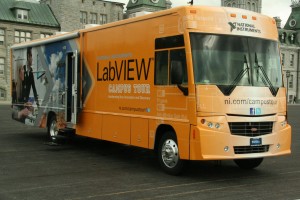 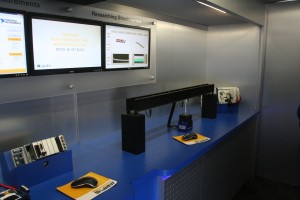 National Instruments “LabVIEW Campus Tour,” a travelling technology demonstrator, visited RMCC early this past week. The tour, which is working its way across North America, is aimed at showcasing technology to professors at major universities, and exposing them to technology students can use in class that has industry applications. The tour bus spent last Monday parked on the Parade Square at the College, where it had a steady stream of visitors, military and civilian alike. 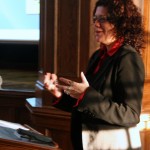 We as future officers must understand that there are huge problems and challenges associated with controlling addictions or the abuse of varying substances and/or activities within ourselves and within our subordinates. These addictions can greatly harm not only operational effectiveness, but the personal well-being of ourselves and our subordinates.

Each and every one of us must instill within ourselves a sense of moderation. You’ll be hard pressed to find a Cadet who doesn’t enjoy a beer on the weekend, but I truly believe that the 4th year class understands that there is a line we cannot cross when having fun after working hours.

In order to be successful officers in the Canadian Forces, we need to ensure that we not only keep ourselves but also our subordinates in check in order to maintain the health of the CF as a whole.

I believe that this brief was a nice refresher for the 4th year class because we can sometimes forget the risks of certain activities and it reminds us that these risks will be with us for the rest of our professional carriers and lives. As part of an inter-university “webinar” (a joint Master’s-level academic course offered by RMCC and Queen’s, with students accessing course materials online from locations across the country), Col Rakesh Jetly and LCol Suzanne Bailey gave a presentation at the College this past Tuesday entitled, “Canadian Forces Mental Health – A Unique Population.” Col Rakesh Jetly is the Mental Health Advisor to the Surgeon General in the CF Mental Health Directorate, and 17290 LCol Suzanne Bailey, Class of ’90, is, as of 2011, the National Practice Leader for Social Work. LCol Bailey is a former Military Police Officer and Social Worker. 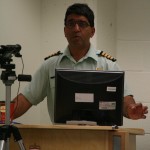 Col Jetly’s portion of the presentation focused on the general roles that mental health plays throughout the deployment cycle. Most of the work that Mental Health has done in the CF, especially recently in Afghanistan, has focused not so much on the trauma issues such as PTSD (Post-Traumatic Stress Disorder), but rather on the sort of issues that most individuals face throughout their lives.

“Nobody puts the attention on Mental Health that we do,” he said. “Mental health problems are common in society already, and the CF is a portion of that society.” Drawing on experiences from the time that he spent in Afghanistan, Col Jetly illustrated how not everything that mental health workers see in a war zone is caused by personnel being in the war zone.

“Most of what we were dealing with was either preexisting disorders, which the individual had before deploying, or the emergence of a new disorder. These emerging disorders were not caused by being in the war zone but rather because, statistically, it was the individual’s time to get them. The trauma cases were # 3 on our list, although they amounted to a third of all the cases we saw.”

Col Jetly went on to describe how the mental health team was involved in all aspects of a deployment to Afghanistan, from pre-deployment training to the end of the tour and Third Location Decompression in Cyprus before soldiers finally returned home. He then turned the presentation over to LCol Bailey, who discussed the role that resiliency factors play in mental health training. 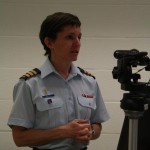 “Just you can screen for risk factors, things that make people susceptible to Operational Stress Injuries, you can screen for resiliency factors, the things that help people cope with stress,” she explained. “What we’ve done is found simple, effective tools that troops on deployment, as well as their families back home, can use to help understand and to help manage the stress that comes with a deployment.”

The Road to Mental Readiness (R2MR) program began in 2008 as a 1 stage program of pre-deployment training for soldiers going on deployment. It now involves 6 stages, and incorporates the families of soldiers as well, and is a CF-wide program. Much of the training focuses on the “Big Four”: Goal Setting, Mental Rehearsal/Visualization, Self-Talk, and Arousal Reduction Through Tactical/Combat Breathing.

“The aim of this,” said LCol Bailey, “is to improve short-term performance as well as long-term mental health. The US Navy Seals implemented the same four tools not too long ago, and they have seen the pass rate of their training courses double as a result.” The big question, though, is whether the program is effective in the CF. “Is it effect…? Yes. We’re giving the troops four simple tools. We’re not giving them 72 steps, just four, and they are not complicated. The data that we have shows that it is working.”

The RMCC/Queen’s joint program website can be accessed here.

Sweat Lodge A Learning Experience for Many

In the Aboriginal Leadership Opportunity Program (ALOY) all of us cadets partake in many cultural events and ceremonies throughout the year. This past week we had attended the Sweat Lodge ceremony at our Elders house. The Sweat Lodge ceremony is a time for prayer and getting rid of all the negative energy inside of a person. The Sweat Lodge is a dome shaped structure covered with materials like canvas it keep the heat inside. There are so many teachings that are associated with the Sweat Lodge, as there is reasoning for everything that is involved in the ceremony. I cannot go into much greater detail about this sacred happening, because one needs to experience it in order to get the full concept and understanding.

Not all of us ALOY’s had participated, some of us helped out on the outside of the lodge as there are other things that need to happen in order to execute this ceremony properly with the greatest effect. Some former ALOY’s had participated along with some our chain of command, including the Division Commander. The DCadets also showed up very unexpectedly and that to us ALOY’s meant a lot. The reasoning behind this ceremony was to expose the inexperienced ALOY’s in our own culture, as well as other people from the college who were interested. Having an elder to teach us many of the ways that our ancestors lived is wonderful, our cultural understandings are becoming more and more enhanced as the year goes on and we are very grateful. The lights are dimmed, the tables are set and the PMC is ready to roll. It would be an understatement to call the A Division First Year Mess Dinner that took place on October the 17th a success! This mess dinner was organized as a training dinner to begin acquainting the new Officer Cadets with mess dinner etiquette and proceedings that will be essential in their careers as officers in the Canadian Forces. Cadets were given briefings throughout the night on the history of mess dinners, the tradition of the bagpiper in mess dinners and even the passing of the port which varies whether the mess partakers are members of the Navy, Air Force or Army. However from my personal perspective as a First Year Cadet attending the mess dinner, the most interesting part for us to learn was about the importance of keeping your place card safe and how to go about delivering a message to the PMC. These two relate because if your place card is taken by another one of the guests they can devise an embarrassing performance for you to put on for the entire dinner!

This Mess Dinner was certainly not all just briefings and training because there were many very entertaining performances from First Year Cadets and their staff alike. The tasks ranged from the Cadet Squadron Leader of Hudson Squadron singing along with the band and several FYOP staff, as well as a dance by two sisters to Beyonce’s “Single Ladies”. After watching a rock and roll performance of “I’m a little teapot” and even personally being obligated to dance in front of the crowd to “Call Me Maybe” by Carly Rae Jepson, the formal portion of the dinner began to wind down with the thanking of the band, kitchen staff and piper. However the night was not over! After retiring to the lounge area of the Senior Staff Mess the entire room was privileged to see the entire First Year Orientation Program staff dance to the song “Gangnam Style” after the first years managed to collect all their nametags and submit them to the PMC. The night then moved on to flight skits of which some were inspiration from Monty Python as well as mock-ups of staff mannerisms and drills. 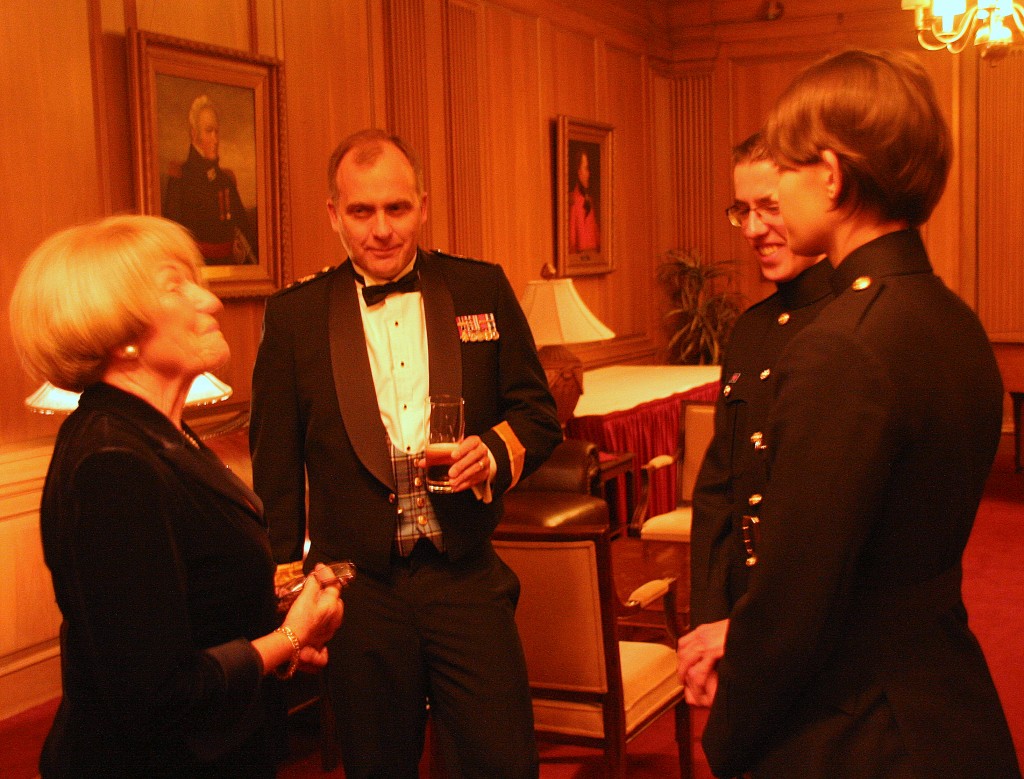 The Mess Dinner continued well into the night with games between the flights and even a game of crud for the Air Force members in which the Guest of Honour Brigadier-General Greg Loos personally took part in, only for everyone to be defeated by a member of the Navy! The best part about this experience was being able to interact with the school staff in an entirely new dynamic. A mess dinner is a much more relaxed environment and it gave many Officer Cadets an opportunity to get to know the higher ups over a beer or sprite, such as the Director of Cadets Lieutenant Colonel Patrick Lemyre, Chief Petty Officer First Class Keith Davidson and Sergeant Major Wallace Rideout. October the 17th was a night to be remembered as generals rubbed elbows with Officer Cadets and everyone joined in the sharing of good food, even better singing and each others’ company. 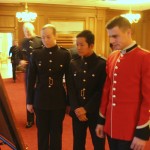 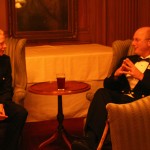 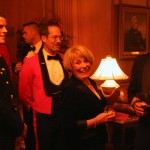 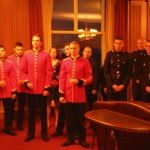 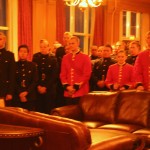 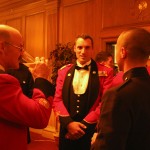 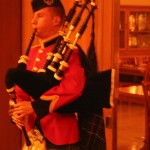 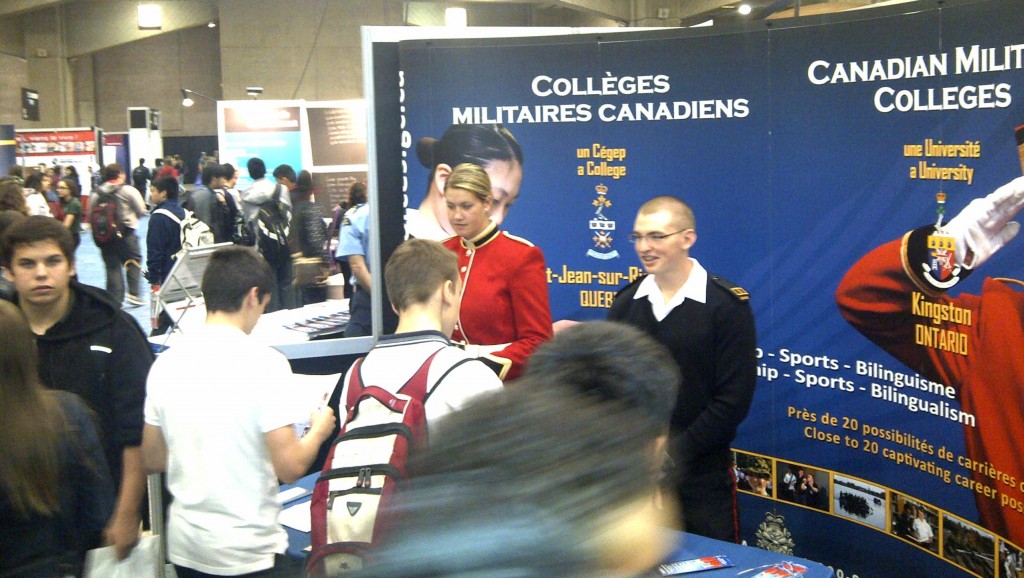 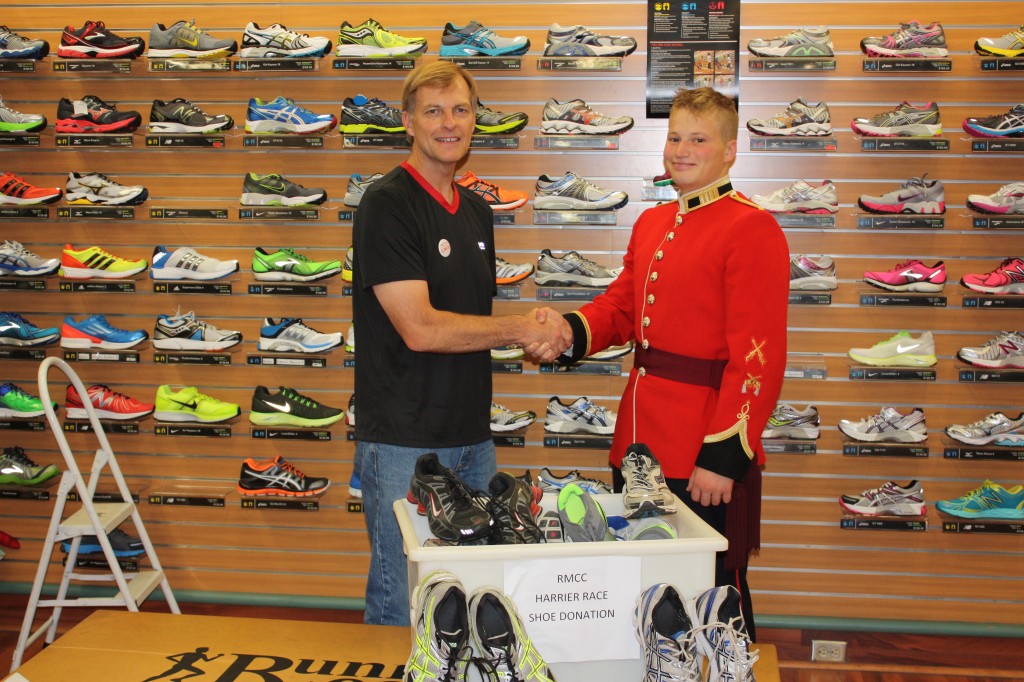