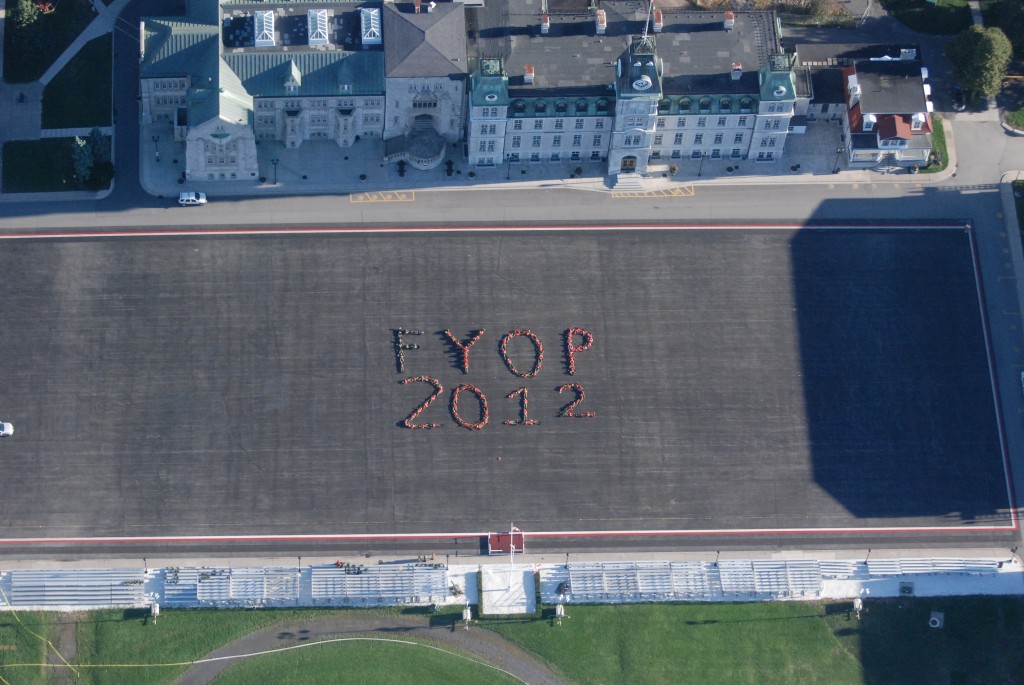 Last year a team of Third Years devised a plan in which the First Year Cadets would be able to better remember their First year with the College and build some “Esprit de Corps.” The idea was to have the First Year Cadets form up on the Parade Square and literally spell out their RMC pride! As they were out on the cold Parade Square last February, a C-172 aircraft flown by a member of the flying club flew over and took pictures. Op Valour 2011 was a huge success, and so the team decided to organize Op Valour 2.0 for FYOP 2012, this year’s First Year Orientation Period. The objective for Op Valour 2.0 was to build cohesion amongst the First Years, and bolster morale, while giving the Class of 2016 a memorable first impression of RMC. We hope that they will look back at these photos after graduation, and remember all the obstacles (both literal and figurative) they managed to overcome while at the College. Their time here is something they will look back upon with pride, a pride born of trials, triumphs and most importantly teamwork.

As the core command team is mostly Fourth Year Cadets, we hope that the College will pick up the torch and carry on the spirit of Op Valour into future years. Those involved had this to say about the experience:

“It was an awesome event. The First Years were really receptive to our plan on the ground and they snapped right into formation. Everyone was smiling and having fun; we made sure it was a relaxed event. Everyone had high energy and enjoyed the freedom to create their own Flight message on the ground for the bird in the sky. And of course, inter-Squadron rivalry left a few Sqn flags/mascots ‘missing’ at the end of the day, but it was all in good fun.” 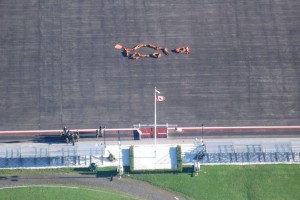 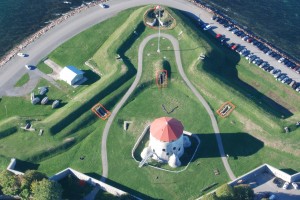 “Op Valour was a spectacular experience. Having the First Years all come together and show some pride for FYOP 2012 as well as being the Class of 2016 was really exciting. Everyone seemed really happy to be out and be apart of Op Valour. I know I was. I saw lots of smiles on my fellow Flight mates as well as other class Mates and it was good to see that. Even though were all in Separate squadrons it was good to see the people that did come out. I’m personally impressed by the images we created and also I think the Warrior Flight car and tire formation was well executed. Thanks for getting a crew together to do Op Valour. It’s a lot of time and effort and to have those little events of “esprit de corps” and they make me appreciate the College spirit even more. I’m loving my experience at RMC so far and I can’t wait to be part of more operations that involve esprit de corps. 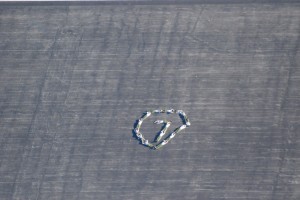 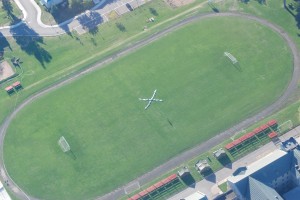 “This morning’s Op Valour was a huge success! I don’t think a single one of us left that Parade Square without feeling proud of what we’ve accomplished so far. It was almost symbolic in a way, bringing us all together in order to literally show everyone who we are. We are FYOP 2012 and we are the RMC Class of 2016. Our “before” pictures have been taken and the bar has been set. I think I speak for all of us when I say that I can’t wait to see the “after” pictures four long, grueling, but amazing years down the road.” 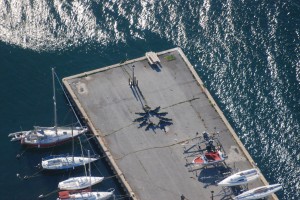 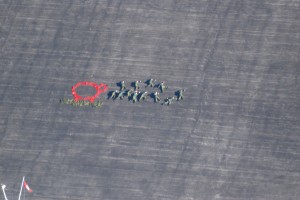 “I am a member of 1 Squadron, Alpha Flight and I just wanted to say I had a blast with my teammates making the spirit messages. Originally it was just my Flight making the F in FYOP but afterwards we made the RMC 2012 message with another Flight and it was so much fun lying with everyone, joking and laughing. Especially afterwards when we ran down to the dock and made a large image of a spider, it felt really personal to us as 1 Squadron.

I highly recommend it for next year’s First Years!” 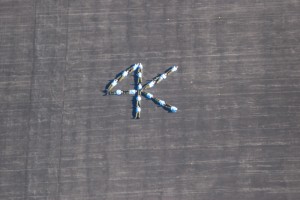 “Op Valour was a unique experience, one which we could share not only with our Flight mates, but with all of our Class mates. It was a chance for us to practice a time restricted teamwork exercise and use our own creativity to achieve something to be proud of. Some Flights were adventurous and spread across the campus to create a formation, while others stayed on the parade square where they could use the black asphalt to their advantage. Warrior Flight used the contrast of black on orange in order to really make our formation stick out. Over all, every Flight who participated achieved a successful formation, and carried their colours with pride. Warrior Flight went far enough to even bring their mascot and flag to the event; they even managed to successfully incorporate them into their formation. 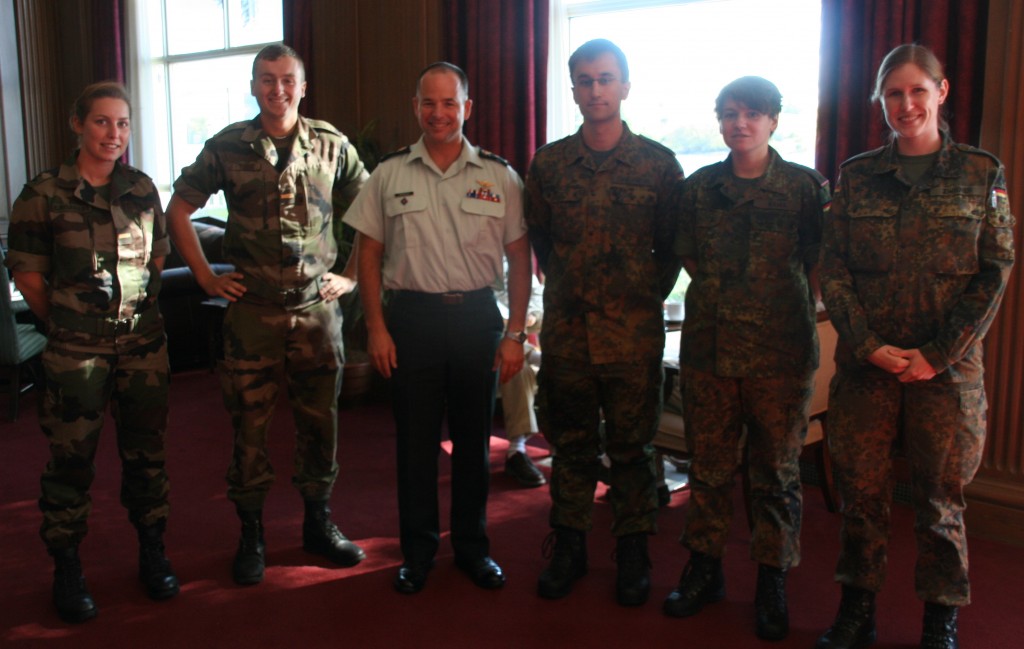 This past Monday, the Commandant, BGen Eric Tremblay, and senior members of the College Staff invited the current group of foreign exchange Cadets, which includes Cadets from France, Germany, and Australia, to the Senior Staff Mess (SSM) for coffee during the morning coffee break. The visit kicked off a three day trip for the exchange Cadets, during which they will tour Niagara Falls, Toronto, and Ottawa, before returning to Kingston. 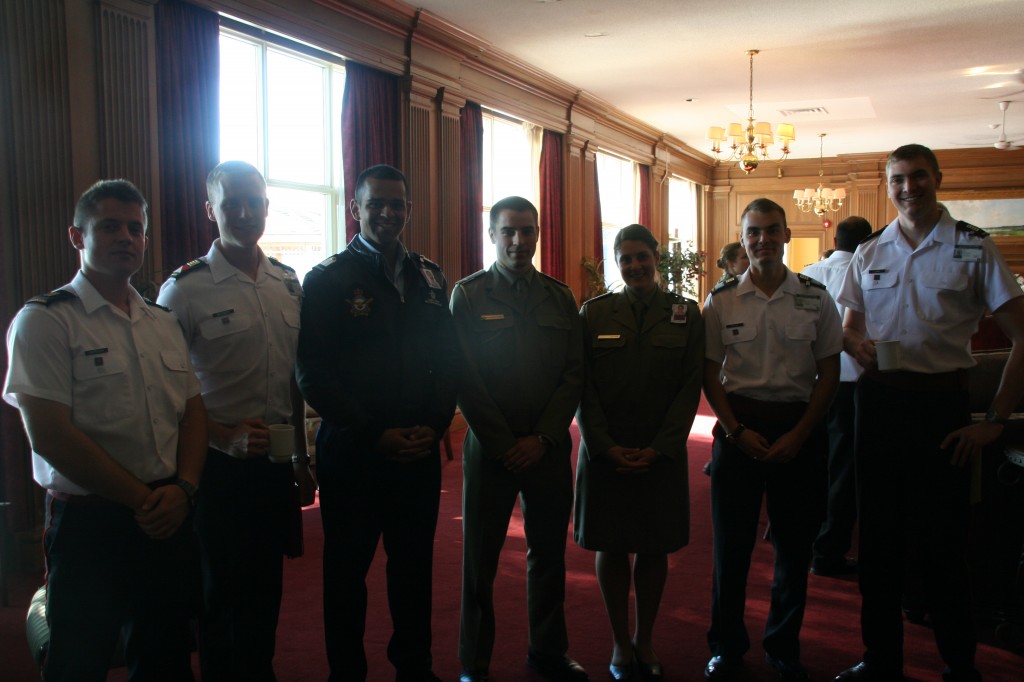 Behind the Scenes: Preparations for Reunion Weekend Continue

With the big day rapidly approaching, the Cadets put in more hours on the Parade Square this week, working long into the evenings, including a full dress rehearsal this past Wednesday evening at which College Commandant BGen Eric Tremblay and Director of Cadets LCol Patrick Lemyre were present. 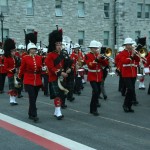 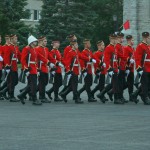 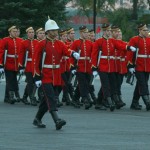 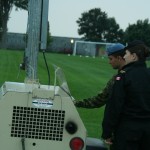 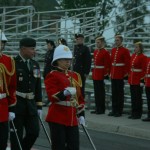 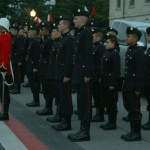 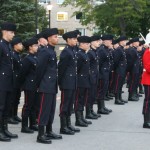 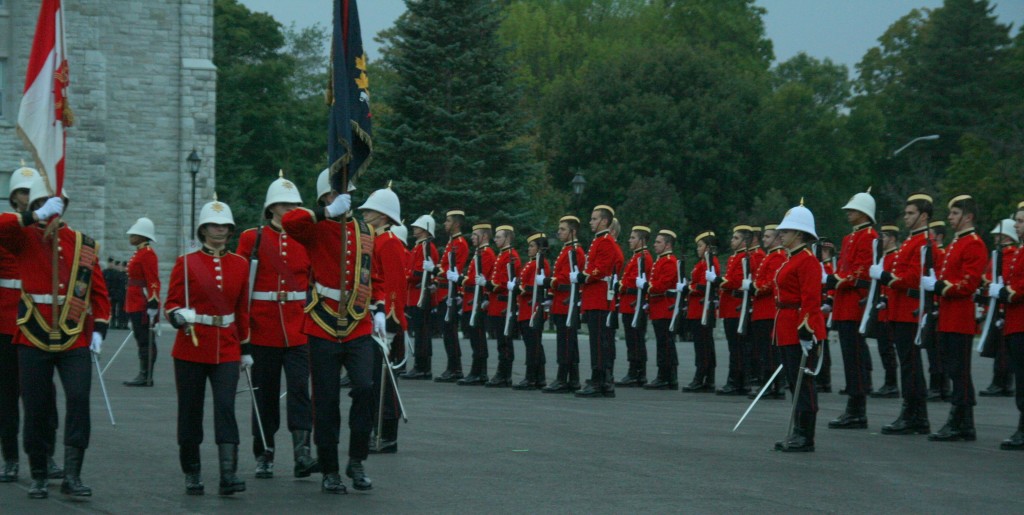 In anticipation of Reunion Weekend, Squadrons were out in full force this past week as they worked to outdo each other and pull of the ultimate skylark. e-Veritas caught evidence of some of their handywork, including 2 Sqn’s “First Year Aid Station,” complete with Lucky Charms and candy (photo below), and the cannon on the Parade Square. 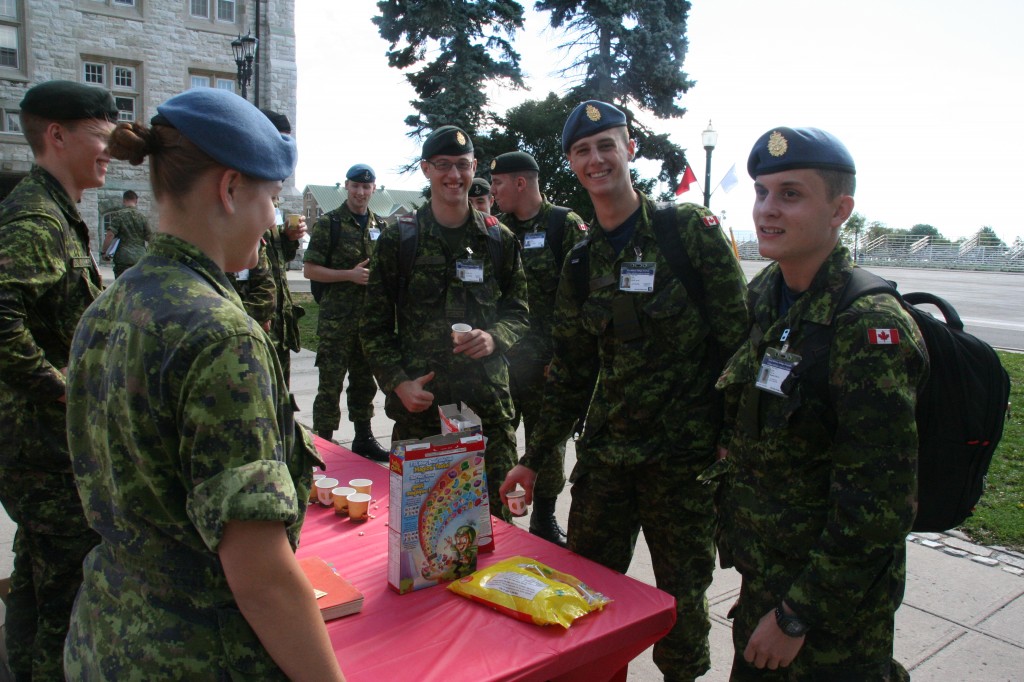 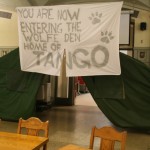 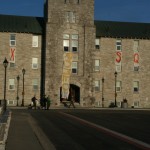 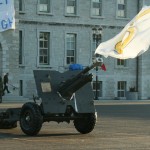 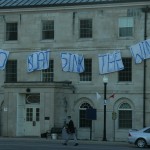 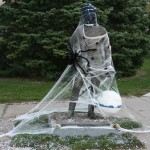 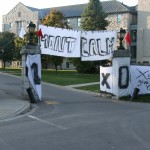 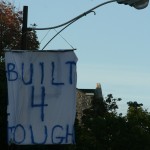 Unless otherwise stated, articles and photos by 25366 Mike Shewfelt.