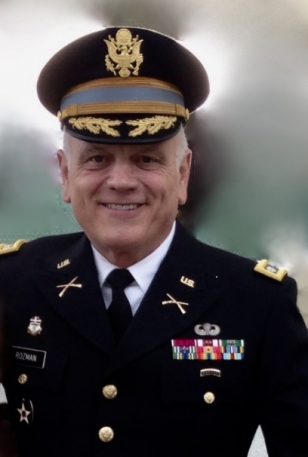 A mechanized infantry battalion in Germany had been reorganizing to accept the new Bradley Infantry Fighting Vehicle.  A fourth mechanized infantry company had been assigned.  The anti-tank elements were concentrated into an anti-tank company.  The M88 Recovery vehicles were soon to be assigned and the maintenance sections in all of the companies had been consolidated into a single battalion maintenance section.  The sequential reorganization events, however, did not stop the battalion’s aggressive go to war training program oriented on its General Defense Position (GDP) mission along the East German/Czech border.

The battalion’s maintenance section, its leaders and its mechanics were about to experience an extreme weather event.

It was the middle 1980s and the battalion had deployed on what was referred to in the local military terminology as a “gunnery density” at one of the three 7th Army Training Support Command’s major training areas (MTAs).  It was the northern most MTA of the three and had been established in the high ridges of the Rhoen Mountains in Northeast Bavaria—latitudes shared by Canada.

The training area had been established by the pre-WW II German Government as a new Geburgsjaeger (mountain troops) training area to prepare the additional mountain units the German Army had determined would be needed for anticipated campaigns in the east.  The center had a nicely laid out division size cantonment of multi-story masonry stucco covered troop barracks, administrative, shop and storage buildings, stables for mules, consolidated mess facilities, headquarters buildings, bachelor officer’s quarters, and quarters for married officers and their families, all arranged in almost terraced tiers up the lower slope of one of the center’s mountain sides. A large parade occupied the lower section of the main cantonment.  A well laid out railhead bordered the lower boundary of the cantonment.

However, units on a gunnery density typically experienced little of the permanent cantonment.  A battalion was normally assigned to one of the MTA’s battalion bivouac sites and operated under an “assigned density brigade’s headquarters” typically from one of the other 14 U. S. maneuver brigades operating in Germany at the time, usually one of the six operating with the battalion’s assigned army corps.

Maneuver and Gunnery densities at the three MTAs, the main MTA at Grafenwoehr (primarily gunnery and the 7th Army Training Support Command Headquarters),  the main maneuver center at Hohenfels and the second gunnery center at Wildflecken.   Wildflecken had a particularly ominous reputation for bad weather, treacherous road conditions, and notorious fog conditions at certain times of year. The preceding especially applied to the “ring road” that circled around to the ranges, maneuver training locations, and bivouac sites along the higher elevations of the almost circular ridge system of the training area—well over a hundred soldiers had perished in vehicle related mishaps on this road as was attested to by the white crosses positioned where each soldier had died, a stark and haunting reminder to the living to pay heed to the road’s treacherous conditions.

Weather at Wildflecken was particularly challenging in the cold weather months.  Snow, sleet or ice storms and as noted earlier, heavy fog, were conditions that often added to the difficulty of completing a tight gunnery schedule over two to three weeks for a density.  The ring road and its deadly terrain became particularly treacherous, especially with its steep and precipitous embankment drop offs,  at various locations. Deep mud had its usual negative effect on all vehicular equipment and added to the repair and maintenance difficulties.

This often extreme weather also took its toll on equipment, especially in the periods of zero to sub-zero Fahrenheit temperatures that would occur.  And it was the cold weather environment that the battalion was about to enter.

On arrival, the weather had taken a turn for the worse.  First sleet than snow had been falling for a time before arrival.  It got worse.  Then the temperature plummeted to zero, then below.

A first priority for the maintenance section on arrival at its previously identified site location by the advanced party was to site and erect the heated “shop tents.”

These tents were large tubular aluminum frame structures, covered by tough treated fabric panels that created a reasonably sturdy protected area large enough to house the battalion’s largest vehicle.  When the light sets, power generators, heating units and work and tool benches were installed, the battalion enjoyed a capability to maintain and repair its vehicles in spite of the extremes of weather—to a point.   When fully erected and functioning with generators and heaters running, the tents looked like big fabric covered semicircular Quonset Huts with the steady hum of generators and heating units as a noisy backdrop.

This maintenance capability was critical at a winter density at Wildflecken when bad weather occurred as it frequently did.   Vehicles experienced a greater frequency of mechanical system breakage and failure that required maintenance.  To ensure minimum equipment down time and to keep equipment available for the gunnery and other training vital to the unit’s battle readiness, prompt and effective maintenance support was essential.

Then the weather worsened.  Despite pre-deployment checks and practice with the shop tents at garrison, the darkening conditions, the wet of the sleet now freezing hard to ice in the zero and below temperatures was more than inconvenient. It was ice that was into everything, assemblies and parts began to not fit properly. The increasing wind combined with cold and ice were making the erection of the shop tents an increasingly tough task.  Assemblies began to break and panels ripped.

Despite the conditions, the motor officer, motor warrant and the sections’ NCOs were all hands on with the mechanics—everyone was into the task despite the weather.  Though the effort started in daylight with what would normally have been enough time before dark, the deteriorating weather tripled the time necessary to get structures up and covered.  Some of the resulting damage was adding to the difficulty.  It was now dark—generators were being run for light.  The high winds occurring were adding to the difficulty.

By late night the tents were at least offering some shelter—then the heater for one failed.  A combination of factors had damaged the heater.  A section mechanic worked on the heater through the early morning and was able to return it to operation.  By first light the leaders and mechanics of the section had returned the tents to operation.  They had accomplished the task in time to accept vehicles just in time—the tracks were off loading at the railhead that morning and the gunnery program would begin that afternoon.

Through focused and involved hands on leadership in the newly reorganized and consolidated 69 soldier maintenance section—the section’s base was up and running despite the extreme weather conditions.  It would now be able to support the six companies of the battalion as the gunnery density kicked off.  The mechanics had demonstrated their toughness and ability to prevail, even under the most difficult of circumstances.

This vignette focuses on an aspect of combat battalion operations not always focused on from a leadership standpoint.  In some ways, the operations of the battalion trains from which the battalion’s maintenance elements operate is a vital aspect of battalion sustained operations.  The ability of the troops that make this part of the battalion team to function in often highly adverse conditions is beyond essential—if down vehicles cannot be recovered and brought quickly back to operational function, a battalion’s operational and combat capability will erode quickly, especially in adverse to extreme weather and terrain conditions.

In this case, the battalion maintenance section that was operating had developed into a highly proficient and flexible team, one where all hands pulled together and leaders were resourceful and capable in making decisions and taking initiative.  Every soldier was a respected member of the team and knew that their leaders had their back.  It seldom fails to be the case that a really capable and team oriented unit will prevail even under the most challenging situations.  This was one that was not overly long but intense.