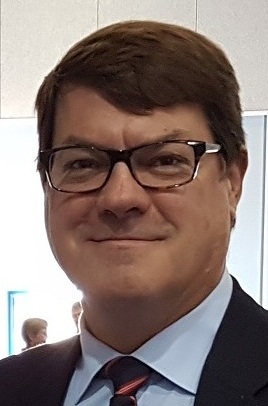 It has been 35 years since we left our hallowed Alma Maters (being both RRMC and RMC), and this has led me to reflect on what made our cadet experience truly great. One of the activities I truly reveled in was my time with Rep Rugby at RR and RMC. Therefore, in recognition of our upcoming significant reunion weekend, I make the following challenge to my Rep Rugby Brethren:

in other words, the gentlemanly pursuit of the Margin of Excellence:

Based on the foregoing recital of benefits received by we fortunate but worthy few, it is only RIGHT and PROPER for us to pay it forward. I also wish to point out our special circumstances as a Class. We graduated at the mid-point of The First 32 female cadets’ college experience. Then, females formed only 5% of the cadet population. Now, they are a major force in the college body. In order to balance the scales, I hereby call on my Brethren to take up this unique challenge – to financially support RMC Women’s Rugby and their Margin of Excellence. Let’s do this in one of two ways:

13663 Nick Mumford (Texas), 13760 Mark Mansfield (California) and I have already booked our flights and our tables. Join us! Please contact Jennifer Jordan and let her know you want in. We will see you there! 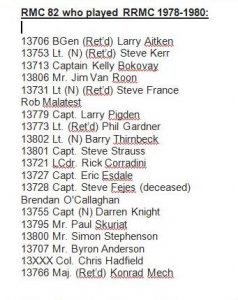 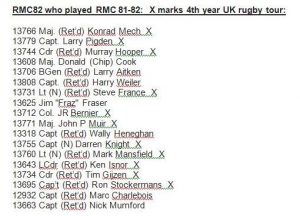 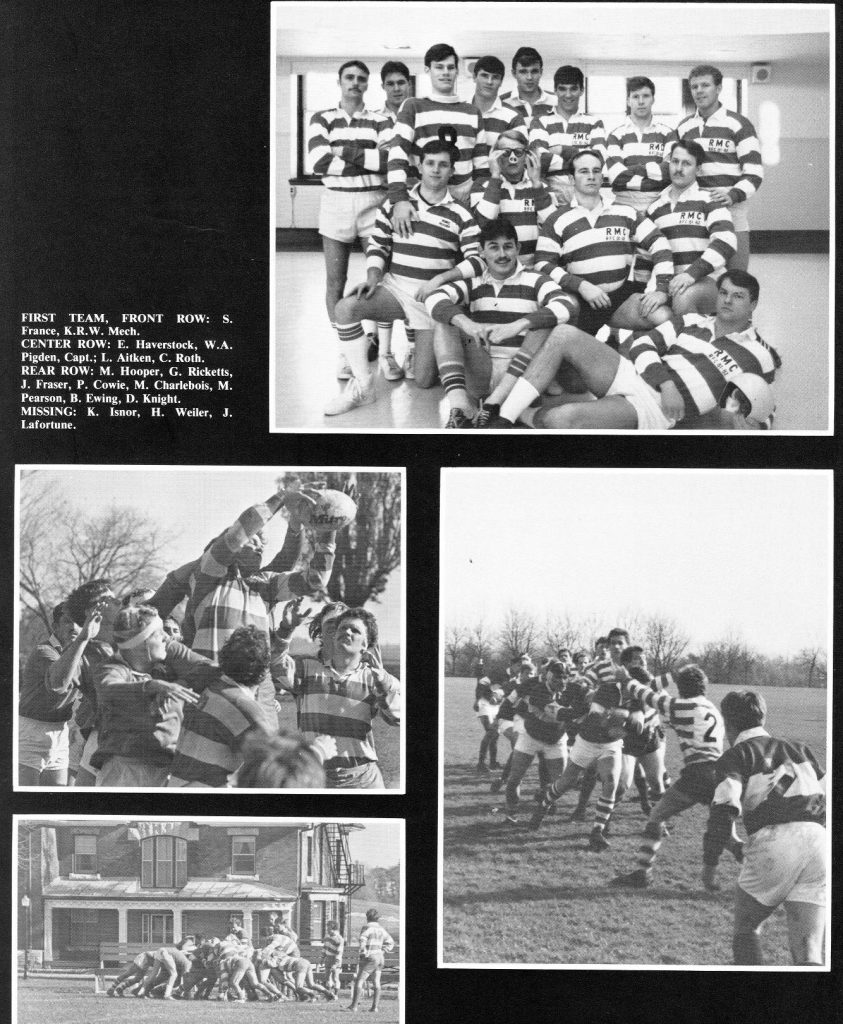 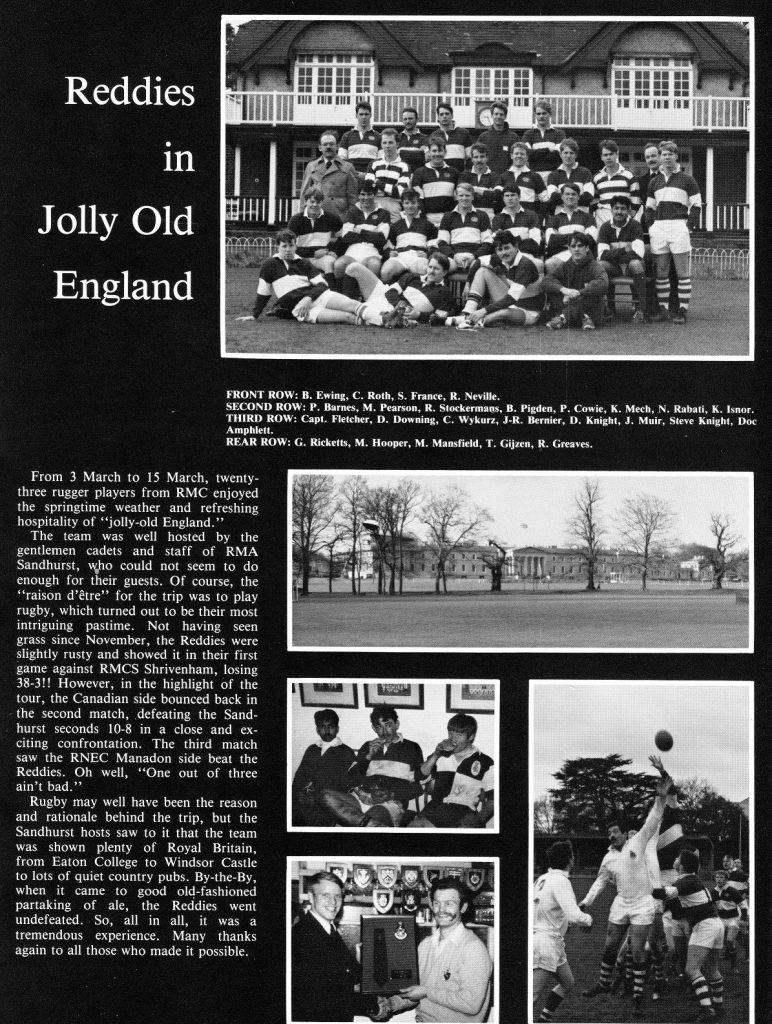 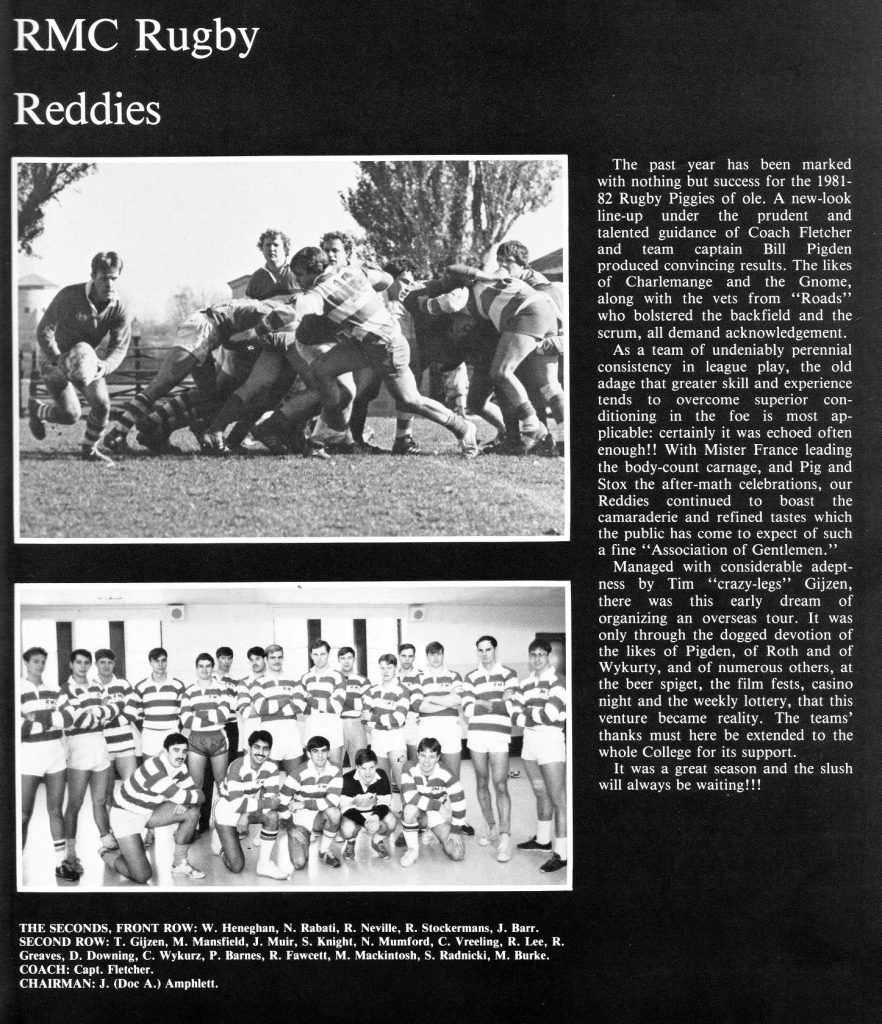