e-Veritas in its pursuit of leadership oriented articles that provide its readership with hopefully insightful perspective on the art and practice of effective leadership, especially in the crucible of “real” leader experiences, is embarking on series of mini-case studies in practical leadership. It’s a version of the Harvard case study approach in miniature.

The hope is that the series will generate thought and comment by readers engaged in the vital business of leading organizations that may add to the store of all on how to approach future leadership challenges with enhanced perspective and a confidence to succeed.

The author, Tom Rozman, is an American soldier of 27 years and 23 years in public civil sector, who led 15 organizations of 14-800 soldiers/employees.

He has extensive Canadian roots on his mother’s side, all French speakers into his mother’s generation, back to the early French settlement in Quebec and Acadie. At least 7 soldiers to include one officer were known to have been members of the Carignan Salieres Regiment. He has extended family in Canada today that he remains connected with. His wife’s father’s family is from Newfoundland many having served in the Royal Newfoundland Regiment in WW I.

Many readers have his ancestral names and are probably related. As well he has traveled to Canada many times to include his honeymoon in Nova Scotia, traveling not only there but British Colombia, New Brunswick, Newfoundland, Ontario, Prince Edward Isle, and Quebec

The Watts riots in Los Angeles had occurred several years before. All active Army combat units in the Continental United States had designated locations for deployment if a situation developed that exceeded local government and state ability to control and the state’s governor requested federal assistance.  An armored division at an installation in the Southwestern United States was assigned as a reinforcing riot control force to Los Angeles if such a situation developed.

The developing situation led to a heightening of preparation by the armored division and its units.  Battalions began receiving issues of riot control equipment—face shields designed to be attached to the soldier’s helmets, four foot 1 ½” thick riot batons, shotguns with bayonets, sniper rifles with scopes and other special equipment.  Units began riot control training at squad, platoon and company.  Load planning for vehicles and shipping containers for necessary equipment was initiated for air loading at the installation’s airfield.  The 5th Battalion, 6th Mechanized Infantry Regiment was working hard on this mission and several others.  It was  a unit that traced back to the embodiment of the 11th Infantry Regiment from soldiers enlisted in Connecticut, New Hampshire and Vermont in Spring of 1812 and was one of the older Regular Army infantry formations.   It was known as “the Regulars.”

The battalion parade ground became a hive of training and preparation for the anticipated deployment.  However, in one of the mechanized infantry battalion’s companies there was an issue. Company C was currently understrength for the mission.  The company could field only two dismounted mechanized infantry platoons with sufficient strength to perform riot control operations as required by the anticipated mission.  The battalion commander, on recommendation of the battalion operations officer determined to reinforce Company C with a provisional platoon formed from Headquarters Company troops and some soldiers from Company C.

About a month from the anticipated deployment, the headquarters company commander was ordered to form and train a provisional infantry platoon that would be attached to Company C on activation of the riot control mission.  Exclusive of officers assigned to the battalion’s staff sections, the company had only one lieutenant assigned, the company executive officer (XO).  The XO, a recently assigned 2nd lieutenant who had arrived in the division within the last few weeks after completion of the Ranger School at Ft. Benning Georgia, was quite new to the battalion.  The fact that a newly arrived junior lieutenant was assigned to a normally senior lieutenant’s position reflected the personnel challenges confronting the battalion at the time—it was experiencing a significant  shortage of assigned lieutenants overall.

The company commander ordered the executive officer to form and train the platoon.  He outlined the sections and elements the soldiers would be drawn from.  The non-commissioned officers and enlisted men were drawn from the company’s battalion staff sections, and the administrative, communications, maintenance, NBC (nuclear, biological and chemical) sections  and a number of soldiers from Company C.

The executive officer immediately began organizing the platoon into a headquarters and four squads as soon as the soldiers being assigned were identified.  As rapidly as possible, the new platoon leader began riot control training at the individual, squad and platoon level.  There was no time to waste.   At the same time the platoon leader reported to the Company C Commander to open the lines of communication and receive his orders and guidance relative to the anticipated deployment and to accept the soldiers from Company C that were being assigned to the platoon.

The schedule for platoon training would be tight to be prepared for company level training and air loading movement prior to the deployment.  Every minute would count to bring the newly organized platoon to standard in terms of riot control tactics, techniques and procedures.  The Southwestern sunshine and heat would make it hot work as well, especially in the riot control gear.

Every day for a week, the platoon assembled and trained.  At first, cohesion was lacking and the riot control drills lacked the crisp alacrity and uniformity needed, i. e., the walled disciplined phalanx of trained resolute troops that needed to present  in a tight wall, wedge or echelon that could move with skill in the needed formations.  As well, the platoon was being developed as a unit that could quickly adapt to the situation presented by a riot as necessary. In addition, designated  platoon members were separately receiving sniper training and training with the issued shotguns.

With constant repetition and critique and as performance improved, and the soldiers were individually and collectively praised, the individual performance and cohesion of the platoon dramatically improved.  The work was hot work and uniforms were wet with sweat by day’s end.  By end of week, the platoon was operating effectively with Company C on expanded company level training.

The targeted date arrived for deployment and the units moved to the airfield on the posts south side (a previous Air Force base) and proceeded to load out aircraft—but no aircraft appeared.   Instead, the units went  through the pre-loading inspections and load out as an exercise using mock-ups of the transport aircraft. The developimg situation did not realize the division’s vulnerability for a riot control deployment and the force did not deploy.

As a result, the exercise proceeded into a force on force deployment to an area designated as an “urban” training area—an old spread out and sprawling World War II hospital complex.  An opposing force of rioters had been constituted from installation military police assets who used among other devices, small plastic bags filled with flower to have the effect of simulating material rioters would throw at the troops.  The “force on force” training exercise proceeded for the next 48 hours.

The rioters did their job well and sorely tested the riot control units—not least being the more comfortable dress of the rioters in the sun and heat as compared to the troop in their riot control gear.  It was hot work moving and responding to the rioters at different locations in the “urban training area” made more uncomfortable by the barrages of “flower grenades”  that mixed the powdery flower with the sweat pouring out of the troops.  But to the credit of the soldiers of the provisional platoon of Company C, they had come together as a unit quickly and were performing very well—maintaining a typical ironic infantry humor that buoyed them up through the exercise.  It is interesting that more than a few of these soldiers were combat veterans of operation in Viet Nam, some national service soldiers having only months and weeks remaining before their discharge.

The exercise concluded and the provisional platoon stood down and its soldiers returned to normal assigned duties.  They had done remarkably well in a short period, a testament to the quality of the American soldier of the time, many of whom were drafted men.  But the success was very much a part of a leadership approach that respected the individual soldier and as well challenged that soldier with a mission— then forthrightly pursued aggressive training that engaged the soldier to train individually and collectively to the task and skill standard demanded by the mission.  Every soldier was engaged as part of the solution—and they responded.

The platoon leader also learned some valuable leader lesson from the soldiers and non-commissioned officers of the provisional platoon.  They had taught this 2nd lieutenant much about the innate quality of the soldier to respond well to a mission when properly challenged, even when the larger environment had great potential to influence the soldier negatively.  He learned that taking a sincere interest in the soldier as an individual, sharing his space to the same level of discomfort but challenging him to the mission, engaging his capabilities to make the mission happen and leading to get the mission accomplished, produced an effective unit that would got the job done—even in the seemingly impossible situation of a unit formed on the run from scratch.

The lessons of the short lived provisional platoon assigned to Company C would resonate for years afterward. Its lessons would be shared with hundreds of serving non-commissioned officers, officers and officers to be in pre-commissioning programs over the next 22 years.  The platoon of a few weeks left an important legacy for the Army. 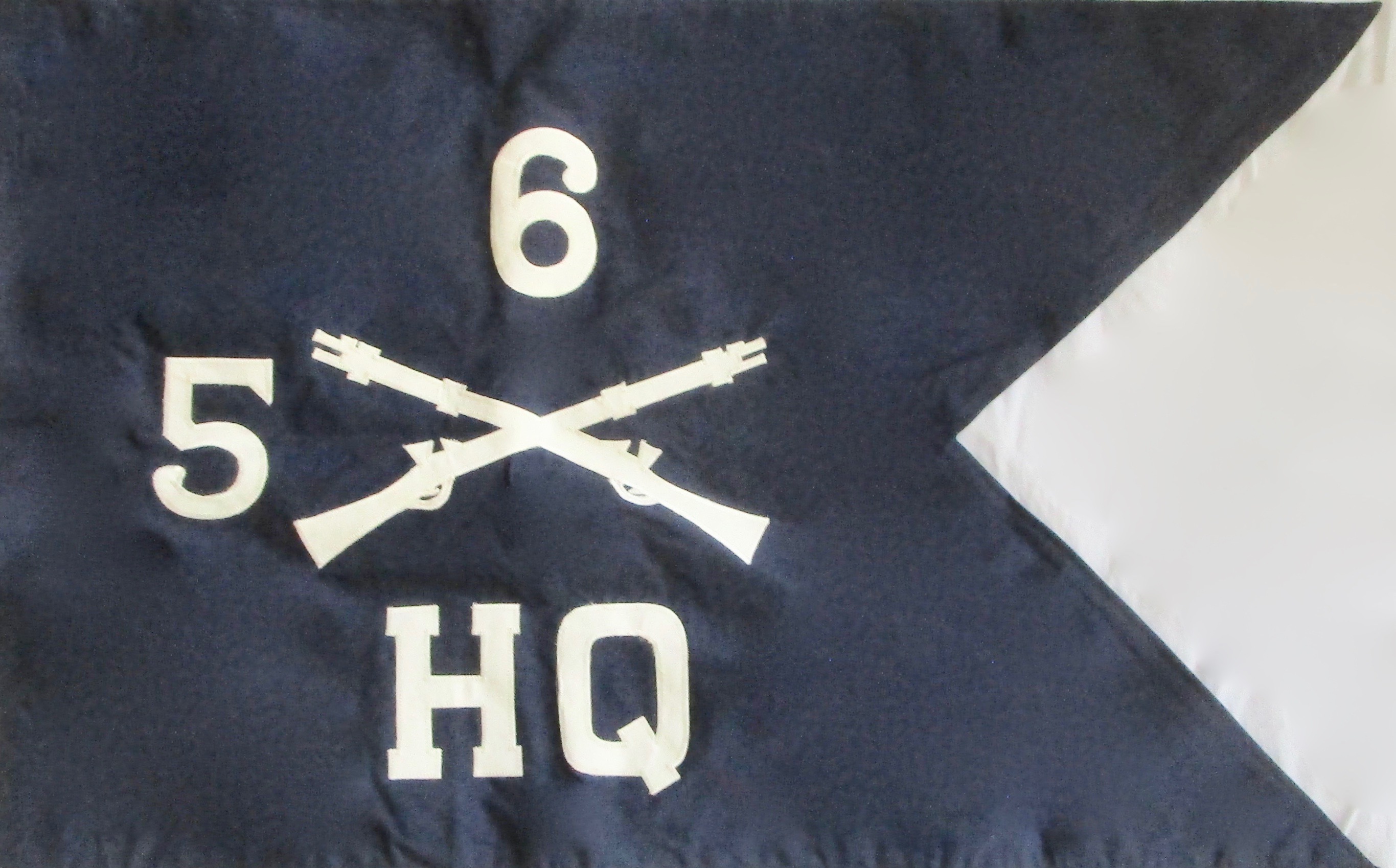 Confronting a “perfect storm” & beating it

No Time for Platoon ARTEPS in a Mechanized Battalion

The Reward for Doing Well

Leadership Approaches That Get the Job Done

Reconstituting an Overseas Platoon on a Mission of High Sensitivity