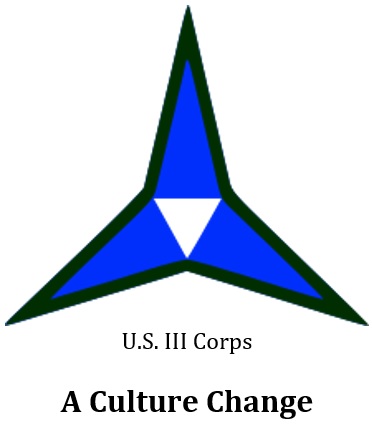 It was a Saturday.  A fifty something medium height man in good shape entered the post exchange auto shop at Fort Hood, Texas.  The post was home to the U. S. Army’s III Corps, a mostly armored force formation.  The post hosted the corps’ armored and cavalry divisions, and many of its corps units less the corps artillery that was located at Fort Sill, Oklahoma and a few other corps units at other locations.  With the two maneuver divisions and those other corps units on post, the installation represented the major troop concentrations of the corps at some 30,000-40,000 troops.  As well, some non-corps units were stationed at Ft. Hood and several Army Reserve and Texas Army National Guard units and activities had headquarters and facilities at the fort, greatly increasing the using troop populations during the summer months.

The somewhat older patron to the auto shop was in nondescript civilian dress.  He was making enquiries on accessing the shop to do some work on his car.  The shop staffer on duty apparently was having a bad day.  The staffer suspected that the older man was a retired soldier.  Not feeling any sense of urgency to service the customer and with the shop not overly busy and he apparently not being engaged in the desk area, he nevertheless kept the man waiting at the counter.  When he did come over to the man he came across as curt and somewhat surly.  The man asked a few questions, several to clarify incomplete information provided by the less than cooperative staffer.  He then left appearing to take mental note.

The same weekend, an unassuming couple about the same age patronized the post-exchange and its several annexes across the sprawling installation.  For anyone paying attention, they remained in the stores for fairly lengthy periods of time often engaging staff at counters or about the store with questions about merchandise and goods, terms of purchase, in each situation seeming to take mental note of staff responsiveness and customer service orientation. Several days before, during the week, a 50s something man in civilian clothing and separately on different days, a woman about the same age, visited the Army hospital and separate medical and dental clinics—usually just sitting unobtrusively in a waiting area usually reading a magazine.  Yet somehow to the more observant person, they both seemed to note all activity in progress.

The officers and non-commissioned officers clubs and annexes, some six on the post at the time also, if anyone was paying attention over a two week period, were visited by an unassuming 50s something man in modest to casual civilian dress.  On occasion a woman of about the same age might have been noted in appropriate dress for time of day.  Sometimes a 50s something couple made a visit.  The man was typically taken to be a retiree or contractor.  Curiously, neither person engaged in a transaction where a military ID was shown.

Regarding the clubs, the couple appeared at breakfast or brunch offerings where provided on post, lunch or dinner, and to anyone taking note they appeared more than once when each service was being offered.  They were also present for types of entertainment than being provided by the club system.

At this time, in the Army’s semi-mobilized situation, the clubs had been supporting entertainment that may have been questionable as “Army sanctioned” activity.  A lunch at the Officer’s Club Annex directly across from the corps headquarters made the point. This was a club annex frequented by many of the post’s large number of Army helicopter pilots, a consequence of a recent reorganization of one of the divisions, greatly increasing its helicopter force to hundreds of aircraft.

During the lunch hour the club was full to standing room only.  A very attractive young woman was performing a dance routine that soon had managed to remove all but two snapped together ascot/branch scarves covering her private areas.  Over the course of her routine, she had moved behind a warrant officer sitting with four other pilots at a table near the dance floor.  The young woman managed to put both legs around the neck of the pilot until she was essentially in a sitting position on his shoulders.

While the above performance was certainly entertaining to many of the audience present some were not as satisfied with the show.  One of these may have been the non-descript 50 something man in civilian dress near the kitchen.

And so it went over the course of several weeks.  Every installation activity that supported the troops, if anyone was paying attention, received visits, sometimes more than once, from a 50s something man or woman.

Occasionally they would be together.  And if anyone was really observant, it was the same man and woman. As it happened, the corps was about to change command.  The previous commander had departed for his new assignment before a formal change of command ceremony could be held.  The new commander was delayed.

When the new commander arrived appearing publicly and after his official photos were distributed for posting in the subordinate commands, some of the more aware members of the command and community thought they noticed a similarity in appearance to a non-descript 50s something gentleman in civilian clothes that they had noted or encountered over the previous week or two.  This uncanny sense extended to the 50s something lady that appeared as the lieutenant general’s wife. 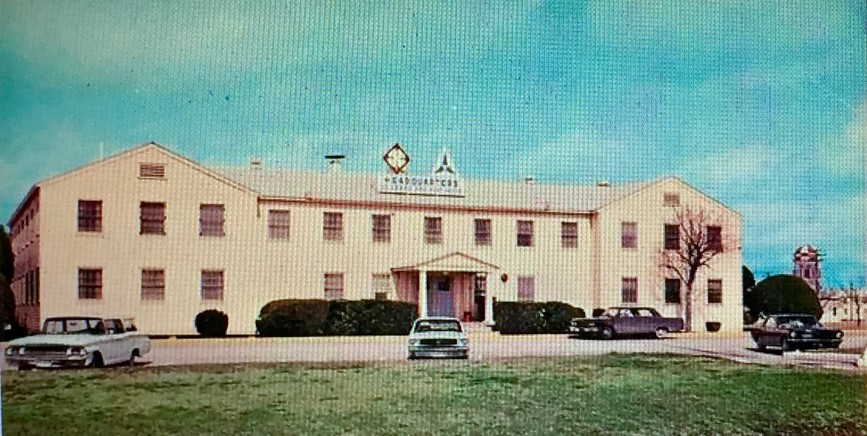 One person that took note was the auto shop staffer who has taken out his bad day on a customer who he recalled looked just like the general.  The staffer began to feel some discomfort.

As soon became clear to all personnel on post as new policies were announced and immediate actions taken, the new corps commander was dedicated to putting the “c” and the “s” into “customer service. “  All troop support activities on his watch would give optimal and courteous service to the soldiers and their families.  That obligation extended from the services provided by the uniformed establishment as well as the civilian staff of the non-appropriated fund establishment.  It was made clear that ill or rude treatment of the soldier or the military family would not be tolerated and anyone who disregarded the general’s commitment to customer service would not be welcome on the post’s community team. 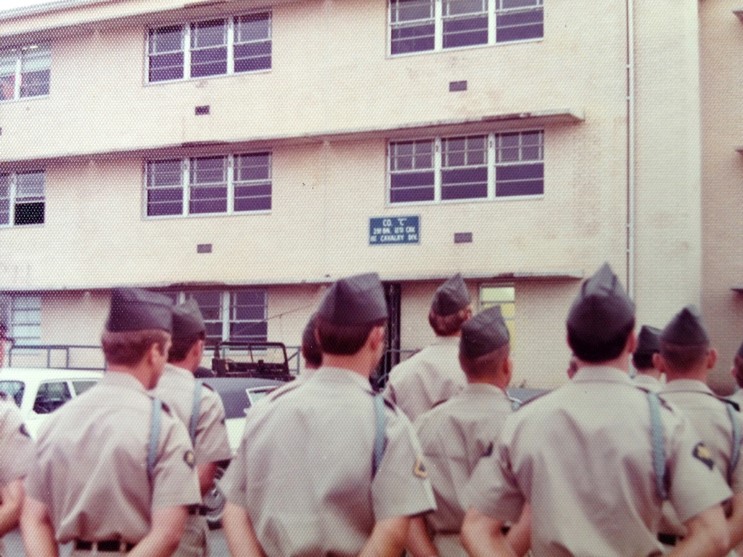 Troops formed in front of their barracks at Ft. Hood, Texas in 1972.

Though the general was not out to wholesale fire those found wanting during his undercover investigation, noting that many he encountered were doing as he would hope and some were only reflecting less than adequate training and leadership, something that could be corrected, there were some egregious examples that spoke to a deeper lack of correct attitude that in the general’s view required sterner action.  The auto shop staffer was one and there were several others.  Several personnel were consequently released or reassigned.  The message became clear and overnight the attitude toward troop support and customer service changed—these goals of quality and customer oriented support to the military community became high priority for all post personnel.

And, the general did not restrict his pre-assumption of command investigation to on post services.  He frequented several of the businesses that supported the troop community from the local civilian municipality and took note of those that were problematic for later attention. 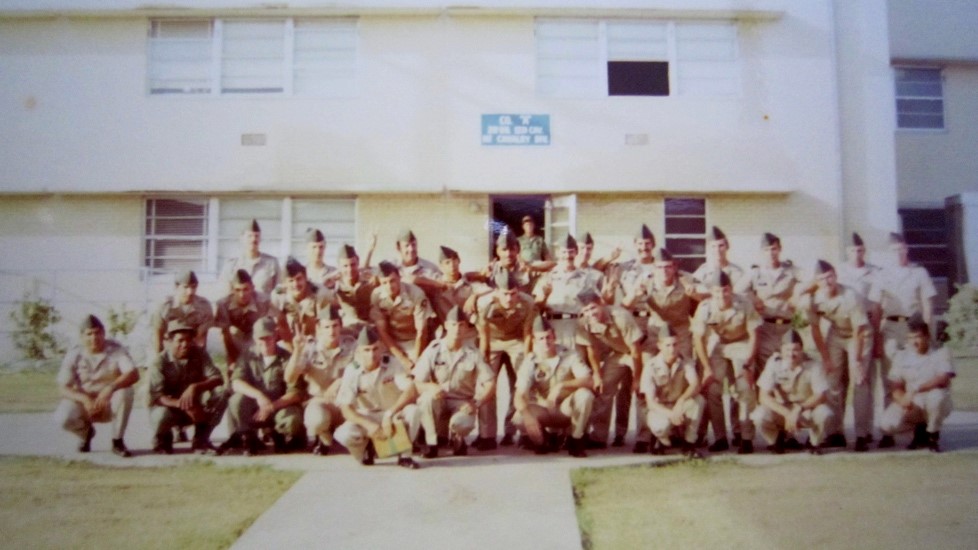 A mechanized infantry platoon outside their barracks at Ft. Hood in 1971.

And of course, the general gave some thought to activities inappropriate for any appearance of official Army support. Several aspects of the club system drew his corrective attention in that regard—one being the forms of entertainment that would be provided. As a result, the era of prurient entertainment in the clubs came to an abrupt halt. Particularly, elements of the pilot community would be adjusting to tamer fare going forward. 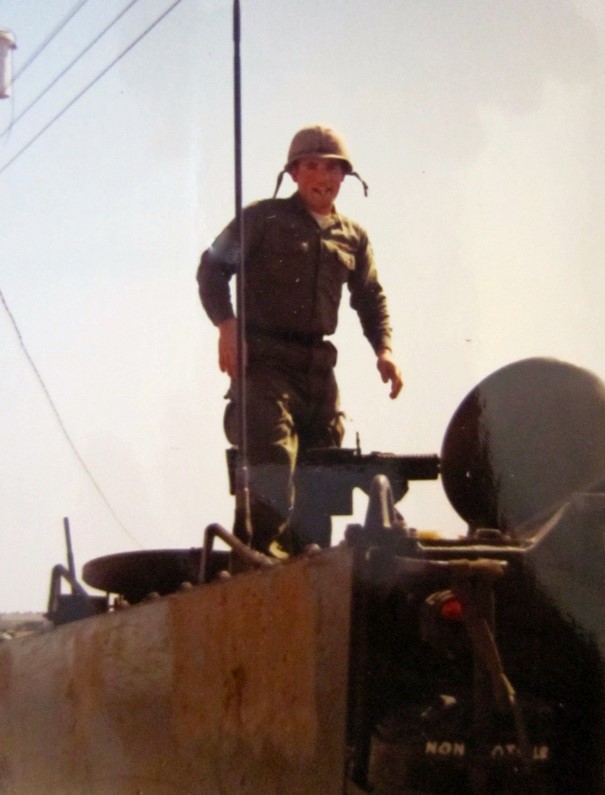 A mechanized infantryman at Ft. Hood in 1971 preparing his M113 for movement to the field.

The general clearly demonstrated a deep interest and commitment to the support and customer service his soldiers and their families would be getting.  He personally assessed the level and quality of this support as it existed.   Where he found it wanting, he took prompt action to bring the quality to the level and standard he believed his military community he was responsible for deserved.  He then followed through.

The community did appreciate the leader’s demonstration of a true commitment to their interests and quality of life.  Over time focus by the commander translated to a dedication by soldiers in the command to serving this leader loyally and well.   This atmosphere of commitment to the welfare of the soldier was a major factor of the commander’s leadership style that translated into and sustained a highly mission capable organization.  As well, the leader sent a signal to all leaders senior to the most junior, pay attention to the support your soldiers receive—demand what is due them to the standard and quality the Army expects.  Accept nothing less.  The morale of the command greatly benefitted from this senior leadership approach.

Dr. Darrell Menard MD gives 8 reasons why 'walking' may be good for us