5th in a series by Tom Rozman

The wall was about to fall in Germany—than it fell.  The Army’s budget became severely constrained while the army reduced its active strength alone by 1/3—the training system was clearly to be affected.

The Army Chief of Staff anticipated the situation and its likely impact on Army training.  The Army had been doing some smart things to deal increasingly with assuring training ability due to more austere conditions as well as increased costs of using equipment and live munitions to train.

But even in the more generous fiscal environment, some elements of the force had remained short changed for training support.  In the coming climate of austerity, failure to develop  an Army wide strategy that accounted fairly for all elements might mean that significant parts of the Army team would become severely degraded in ability to train to mission standard.

The Army had been attacking the challenge of rationalizing old ways of training and resourcing training with more effective and less expensive capabilities offered by emerging technology.  Along these lines it had thoroughly revised its training ammunition system, its gunnery training, and its command post and maneuver training to name several initiatives.  Interactive virtual simulation technologies were one of the capabilities increasingly being leveraged to bring the training system into greater effectiveness at less cost and wider availability across the Army.  Distance learning systems were being enhanced.

But, the Chief was uncomfortable.  Something wasn’t where it needed to be.  An ability to effectively incorporate and prioritize Army training support in such way that all units had a flexible strategy that projected their training and assured its resourcing sufficient to allow units to train individual and collective mission essential tasks to standard did not exist across the Army.  The Chief communicated a mission to the Training and Doctrine Command commander to examine this apparent need and address how it might be remedied.  This began a three year development effort that resulted in an across Army system called the Combined Arms Training Strategy.

Thus a process began in a large complex organization that touched every button on the menu of challenges to change– developing systems through many players, vested interests that get in the way, and countless other inhibitors,  even when the object of the effort is essential to the service’s needs.

The concept of an all arms down to battalion mission tailored training strategy system that created effective prioritization of scarce training resources to such effect that all units would retain a capability to conduct effective training, even when constrained, constantly integrating emerging enhanced training capabilities, was a new, at least at Department of the Army level.  It would take time to develop the concept, engage the army combat and combat support arms proponent schools and integration centers to form an effective development team to work out what the concept would be and the form the strategies would take.  Because the development of such a system promised to make significant claim to Army budget, in addition to building a huge development team, senior leader buy in would be essential—the four star generals of the Army had to be onboard.

Thus, early, all the appropriate communities were engaged.  Though there was some resistance in some quarters, the openness of approaching all elements of the Army that needed to be involved, engaging them with a preliminary concept and as respected members of the development team, and continuously engaging Army decision leadership in progress reviews,produced an improved system to assure effective unit training  strategies that endured in the Army for over 20 years.

The task was not easy but the engagement and vision of the initiating Chief of Staff and his successor, through sometimes challenging cultural resistance eventually assured the development of the system and its adoption.  But, the team approach meant that the entire team built the strategy system—it was their system.

Leader vision, empowerment of subordinate elements and support by the leader to the decision point—“and a decision,” made a difficult but necessary training policy development possible, one that in the event may very well have saved many lives. 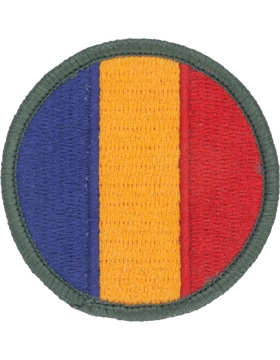 Confronting a “perfect storm” & beating it

No Time for Platoon ARTEPS in a Mechanized Battalion

The Reward for Doing Well

Leadership Approaches That Get the Job Done

Reconstituting an Overseas Platoon on a Mission of High Sensitivity

1980s: The Dark Years of the Canadian Forces (Links have been updated)

Joe Louis versus 943 Billy Bishop: In two words, no contest