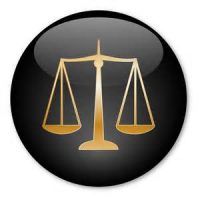 It was July 1968.  An advanced infantry training company was working through its training schedule in one of the training areas at Fort Polk, Louisiana.  The temperature was in the upper 90s and the humidity matched the temperature—the pouring sweat wouldn’t evaporate.  It was super hot.  But, it was near the end of the training cycle. The trainees going through their advanced infantry training were used to the Louisiana summer’s humid heat—a good thing given where most were headed in a few weeks.  The training company had deployed from the company area in “Tiger Land” early that morning.   It was breaking for the noon meal.

A U. S. Cadet starting his third year at the Military Academy after spending a year in the reserves was on duty with the company as an assistant training officer.  He had engaged in conversation over lunch with one of the trainees.  The trainee was older than many of his fellow trainees, medium build and in good shape.  As with many of the soldiers, he had been drafted.

The conversation went in the usual direction of such conversations, each man asking about the other’s home, background—whatever each seemed comfortable to discuss.  The trainee was well spoken and apparently well educated.

As the conversation warmed and both participants became comfortable with sharing information, the cadet learned that the trainee was a lawyer who had recently finished law school. He had passed his bar exam almost simultaneously with receiving his draft notice.

The cadet was aware from several sources that the Army Judge Advocate General’s Corps was short Judge Advocate General  (JAG) officer attorneys.  When the trainee shared his pre-Army professional preparation, the cadet mentioned that the trainee might want to consider applying for a direct commission as a JAG officer.  Given the shortage of Army attorneys at the time it was very likely the commission application would be successful.

It was at this point that the cadet encountered perhaps the most exceptional citizen and soldier he had ever met—and the cadet had spent his entire 21 ½ years to that point growing up in the Army and for the last three years serving in it.  Most of his family had served as soldiers, many had been drafted into the Army initially. From what the trainee was about to share, one could draw one of two conclusions.  The trainee was either the most sincere and principled citizen the cadet had ever met, the very essence of what citizenship meant in a constitutional republic or he was a fool.   The cadet would lean toward the former in his later assessment.

And so, the trainee then proceeded to say something the cadet never forgot.

The trainee, in a reserved mature and low key manner, informed the cadet that he was aware of the direct commission opportunity.  He said he had previously been approached about making such an application. The trainee stated that he disagreed with the war that was being fought.  He said that he was from the Chicago Area.  He said he had demonstrated against the war as a student.  Then he said—but I am a citizen of the United States and an officer of the court. We are a nation that believes in the rule of law and in my enlistment oath I swore to defend the Constitution.  It is my duty as a citizen to serve when called.  I will meet my duty and I will serve.  I will serve honorably.  If I return safely from my service and if the war has not ended, I will be back on the street protesting it.

There was silence—the cadet at first could not say anything.  Whether the cadet agreed with the trainee or not, the trainee’s clear sincerity in what he was saying and the fact that he was near the end of his advanced infantry training and would likely to be in country in Viet Nam within the next month assigned to a rifle battalion made his comment something to ponder.  At the time, and for perspective, some young men on receiving their draft notice had refused and suffered prosecution. Others had crossed the border into Canada.   The trainee’s position was different.  It bespoke a sincere love of country and respect for duty despite strong disagreement with policy.

The cadet reflected on the trainee’s viewpoint.   His own father had deployed to Viet Nam in 1956 as had other family in following years.  So, for 12 years through direct and related family involvement, more than most Americans at the time, he had a sense of the many layered aspects of the war as it had developed.  The trainee’s comment had some context that the cadet was aware of.

When the trainee finished speaking, the cadet was in full respect of the man. The cadet told him he was perhaps the best citizen he had ever known.  He then shook the trainees hand and wished him God speed in his service and safe return home.  The noon meal ended and both returned to training.  The training company had 200 trainees assigned, there was a lot of work yet to do on that hot Louisiana July day.

The cadet never came across the trainee again but he thought of his words and example often.  He hoped the man completed his duty and returned home safely. But he never forgot the man’s words or example.  He shared the story often as one of the truest examples of citizenship he had experienced.

It is true that later in his Army career the cadet as a lieutenant would experience other drafted soldiers at Fort Hood, Texas and in Korea, all in their way exhibiting this same exceptional quality of citizenship.  One in Korea had just graduated from Middlebury College in Vermont when he was notified—he was literally the last man drafted for the Viet Nam War.  He too was a soldier that the lieutenant respected and admired.  In fact, the lieutenant had not had one drafted soldier fail in all of the units he was assigned to that had drafted soldiers assigned.

From a leadership standpoint, these drafted soldiers taught the lieutenant several important lessons.  First, they were citizens as he was and they deserved his respect—true, that respect would be within the context of military duty but the dignity of these true citizen soldiers would be affirmed.  In response they would reciprocate with loyal and dedicated service.

Second, every drafted soldier had knowledge, skills and abilities beyond their military training and experience that could be applied to the unit if the leader took the time to learn the men and who they were and their capabilities.  Many drafted soldiers had trade skills, advanced education, athletic ability and creative abilities at levels that if properly accessed by leaders could greatly leverage unit capabilities and mission.

Third, the lieutenant learned that these citizen soldiers well led would give good service.  He learned that they would commit themselves to accomplishing the mission well and that in the larger sense of citizenship, if the lieutenant proved a successful leader of these citizen soldiers, the majority if not all of them would return to civil life even better and successful citizens.

Many of these leadership lessons learned from the drafted soldiers would translate to the soldiers of the volunteer army that would follow.  But the leadership lesson of the trainee at that noon meal in the field at Ft. Polk, Louisiana in 1968 made clear that the private soldier is a leader by example—this soldier of many years ago set a very high standard to follow.