We recently reached out to the Top 5 leaders from the Cadet Wing. Last Issue we hi-lighted three of them.

Closing thoughts from the Top 5 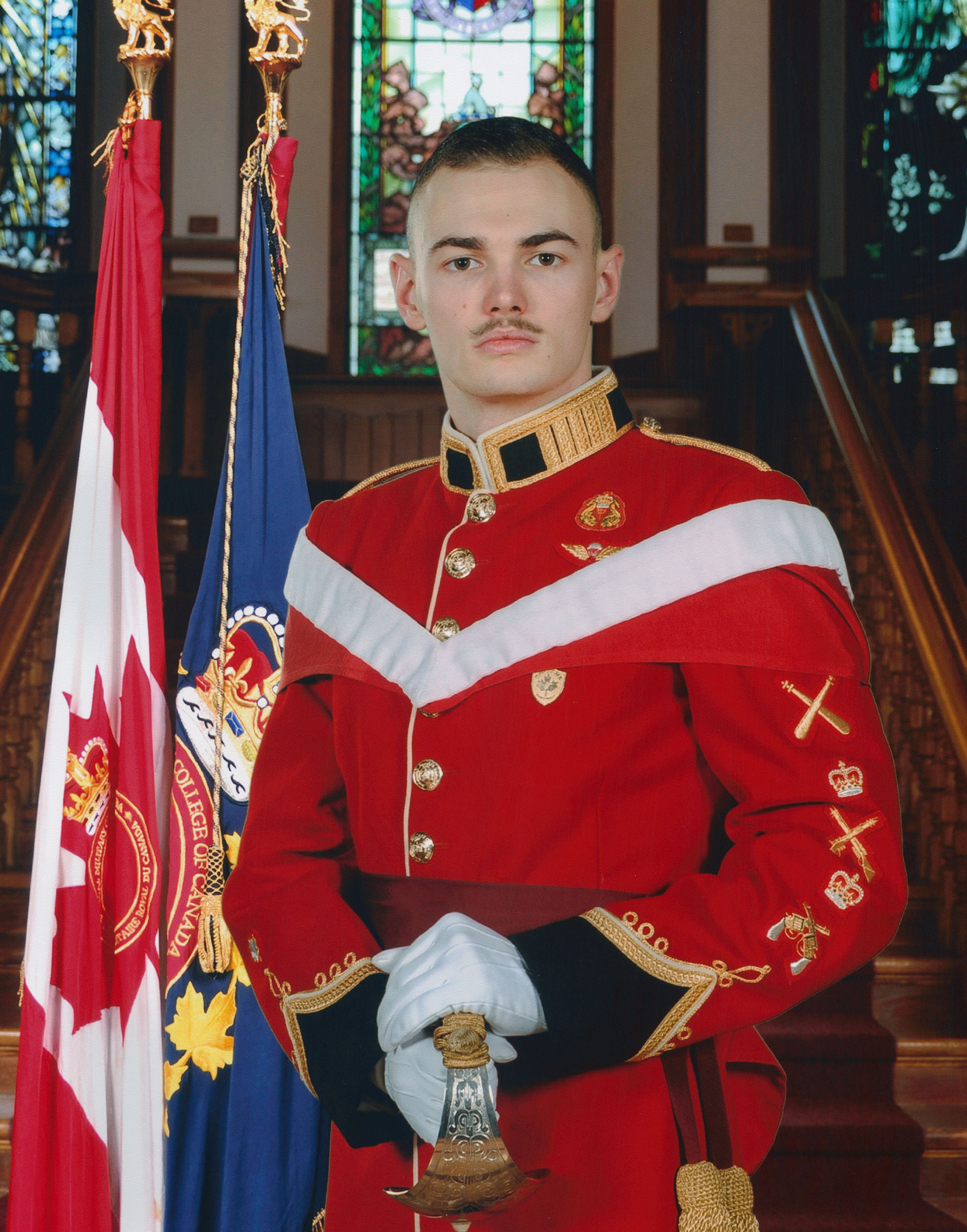 What were your inspiration / motivation to attend RMC?

I wanted to get more out of my post-secondary education than just a degree. I was excited about both the challenges and opportunities the school offered and I wanted the job on the other side of the arch where I would have the opportunity to travel the world.

What changes would you like to see at RMC which would make it a better overall experience?

We’ve experienced a lot of positive change this past year and I am very excited about the direction that the college is heading in. One of our goals for this semester and something I’d like to continue at the college is the emphasis on squadron pride and esprit de corps. The cadet wing blew me away at the West Point vs. RMC hockey game, the Carr-Harris Cup, and Bike-a-Thon.

What– in your opinion– makes a good leader?

The leaders that inspire me the most are those that can walk the walk, and talk the talk. I think that the power of a leader comes much more from their deeds than their words.

What was the greatest challenge you’ve faced in your cadet bar position? How did you handle it?

Over the semester I was fortunate enough to experience a number of challenges. For me personally, the greatest challenge was time management and learning to prioritize. Between, school, being the 2IC of the Sandhurst team, and being the CWC, I had to learn to manage my time wisely and focus on the things that were important to me. Unfortunately, I often didn’t get the balancing act right, and instead just slept less at night.

What are some of the accomplishments you are most proud of in your bar position?

A lot of the work that the Top 5 does is very challenging to quantify. For me, the things that brought me the most satisfaction were the little side projects I worked on over the semester. Six months is a short period of time to make a lot of change, so I tried to think of ways I could make the school better right now. Most of these initiatives wound up being focused on our dining hall. After many many roadblocks, we have purchased six brand new flat-screen televisions. We have to order new angular wall mounts (additional roadblock), however, the cadets will soon for the first time in college history, be able to watch the news and sports center while eating in the dining hall. We’ve also pumped some love into the much-overcrowded coat room by putting in an additional shelving unit to hold backpacks and we have all new hangers on order.

Who have been the most influential mentors in your time at RMC?

Being the Cadet Wing Commander gave me the opportunity to work closely with the Director of Cadets, Colonel Chris Ayotte. He always made time no matter how busy he was to help me answer the hard questions or to help put out my helmet fires. We interacted on a near daily basis and I learned more from him about leadership in four months than I have in 4 years of being in the Canadian Armed Forces. “That won’t change the price of fish.”

What does TDV mean to you?

Truth Duty Valour to me means much more than simply the definition of the three words, it represents the code of honour that we as cadets are bound to.

What is your ultimate goal after leaving RMC?

Become the type of leader that I would want to follow. 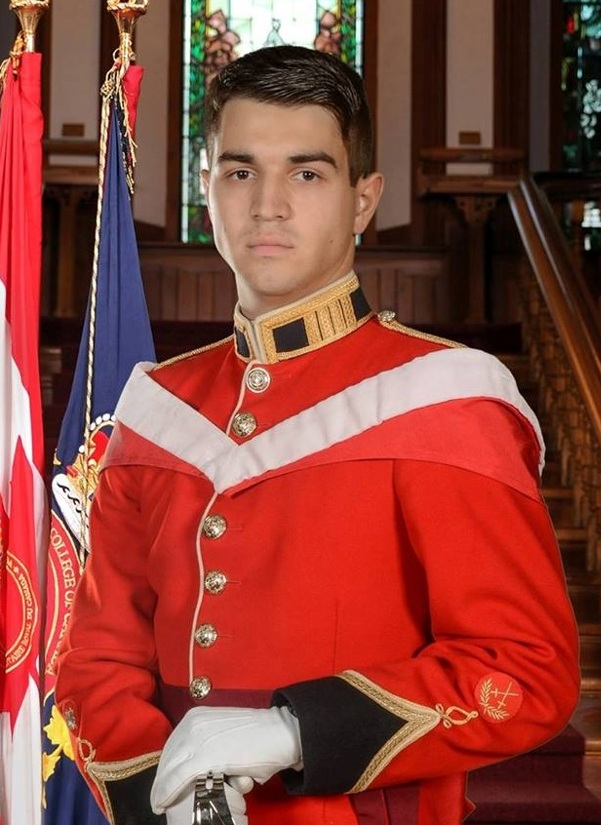 Your inspiration / motivation to attend RMC?

I will be honest. I did not have any goals in coming here at the start, I had come because my father had told me so many great stories about the place and that it was a great experience as well as the best years of his life. At 16 years old, I decided to give it a shot. My goal was not to do a full year and then decide if I would go forward. Well, I think you can guess which decision I took.

The making a good leader?

I think there are many kinds of good leaders and I have met quite a few by now. The great leader leads his troops but also cares for them. He passes everything before his own needs, he takes the time to make sure everything is the nearest to his view of perfection. He also takes the time to relax and take time with his friends and family and lives a balanced life. He does not overload himself, he counsels people, helps his subordinates and superiors in the best of his ability.

What was the greatest challenge you had to face this term?

I think I speak on behalf of most people at RMC. The greatest challenge at RMC is to have under his/her command your peers, members of your class and/or friends. I have had problems sometime with them and I gave some to others. This happens due to the proximity we have between each other before obtaining those positions and then the personal and the professional intertwine. There is not a one way to deal with that. It’s on a case by case basis.

Who have been the most influential mentors in your time at RMC?

My greatest mentor throughout my life and time at the college was my father, Major Stéphane Roy, he was always of great counsel and would always be honest when I would do mistakes or when I had performed well. He had passed through the military colleges 32 years before me; he understood the tough times and the good ones; the hard decisions and the great rewards that the college had to offer. But mentors don’t have to be people that are older than you or in positions of authority, they can be peers in which you have a great esteem in and look up to. For instance, the soon to be second-Lieutenants Parent and Thivierge are to me the people that influenced the most my person throughout my time here at the college on all the levels of how to be a good leader, a good peer and a good friend.

What does TDV mean to you?

Truth: To me is to be always honest with all members of the profession and it is a way of life. I am not saying that I am living by this but I thrive to achieve it.

Duty: To balance the end state of your superior and the well-being of your subordinates. Unfortunately, in some situations one or the other takes the hit and most of the time it is the second.

Valour: Valour is when one can recognize the necessity to sacrifice something he appreciates for the greater good.

What is your ultimate goal after leaving RMC?

I wish to command a platoon in the Royal 22nd regiment in Valcartier , Québec City after the completion of all my courses in December of this year. Then we will see what the army has reserved for me as I know it will be a roller-coaster. 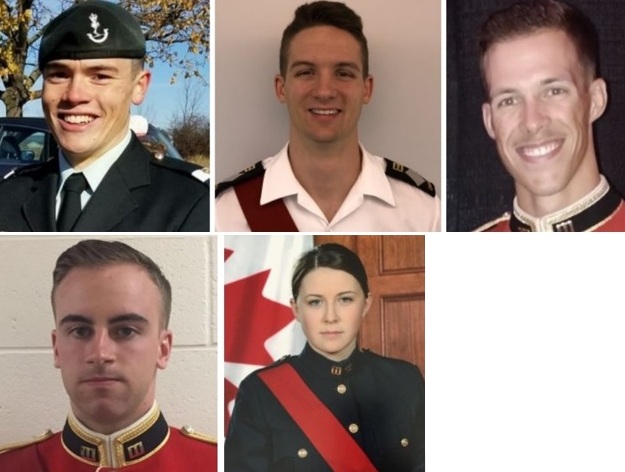 Computer Science with a minor in history.