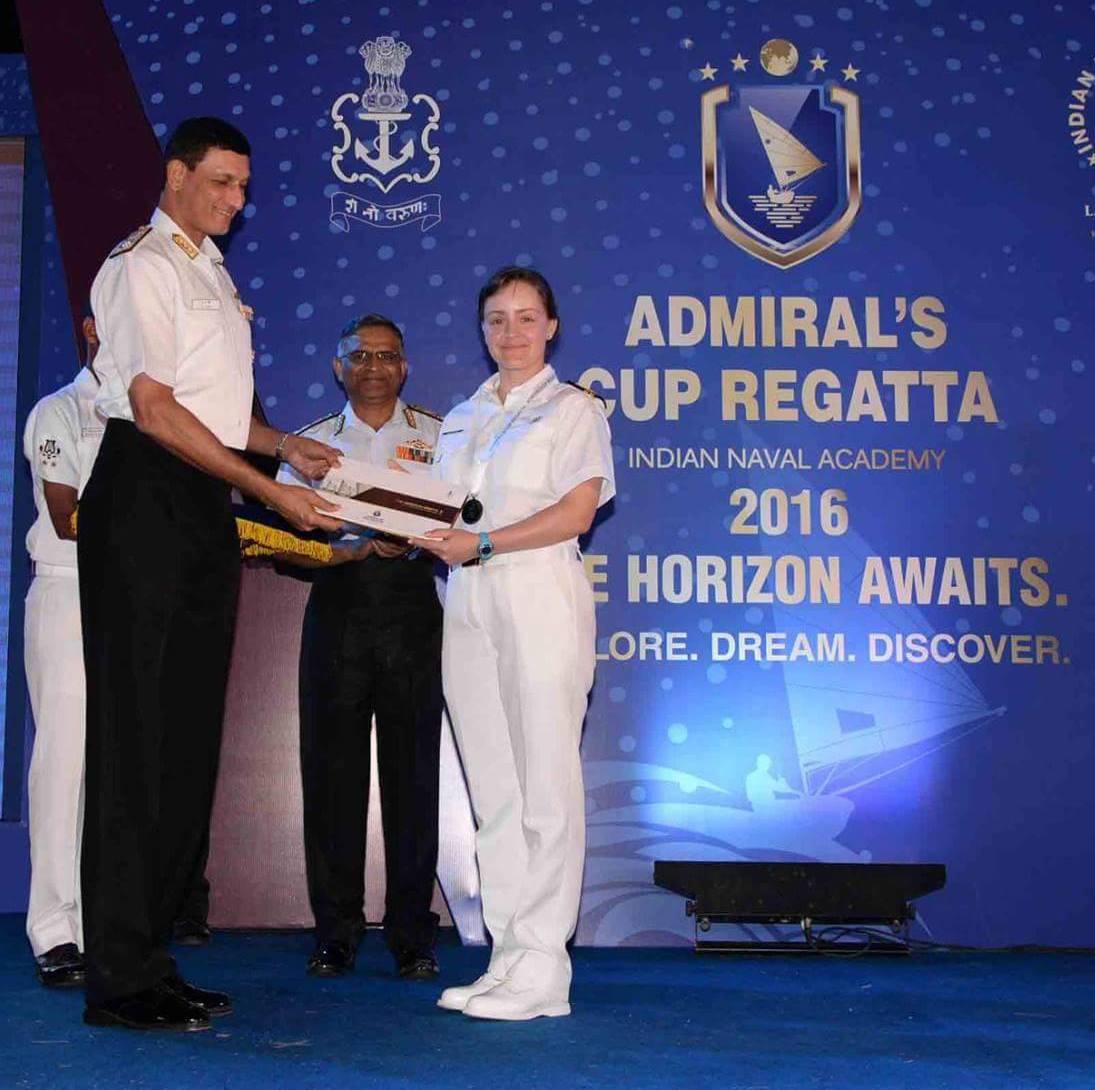 The Admiral’s Cup Regatta is an international Laser sailing Regatta hosted by the Indian Naval Academy. It takes place annually at Ettikulam bay in Kerala state, and commenced with 8 participating countries in 2010. Each year, the event became more competitive. This year, 54 participants from 24 countries came together to partake in the event. Canada was one of the 9 countries to participate for the first time in 2016.

This 5 day regatta took place between 7 – 10 December. Each participating team comprised of one Team Leader and two participants, who comprised of members of rank between a Cadet to Lieutenant (N).

All participants were provided with Radial Rig Laser Sailing Dinghies. Lasers are 14 foot sailboats designed to be sailed by one person. It displaces 130 lb, and used internationally in sailing races.

The participants were met with meteorological challenges, due to the nature of the location; the sailors faced large swells and relatively erratic winds. Canadian team performed well, placing 13th overall.

As an individual, Alanna Foscarini placed 3rd of all Female participants.

The overall mission of the regatta was not strictly to race. The all-military regatta aimed to bring together officers and cadets from Naval Academies of friendly countries to encourage cooperation and friendship. Participants were introduced to the Indian Naval Academy with tours of the campus, presentation on the Indian history and culture, invited to participate in activities such as hiking, golf, cruise, and cocktail parties.

The Canadian team returned home with new friends from all over the world and memories that will last a lifetime.

Congratulations to the team on its first appearance at the INA Admiral’s Cup Regatta.

Congo: A break from the action