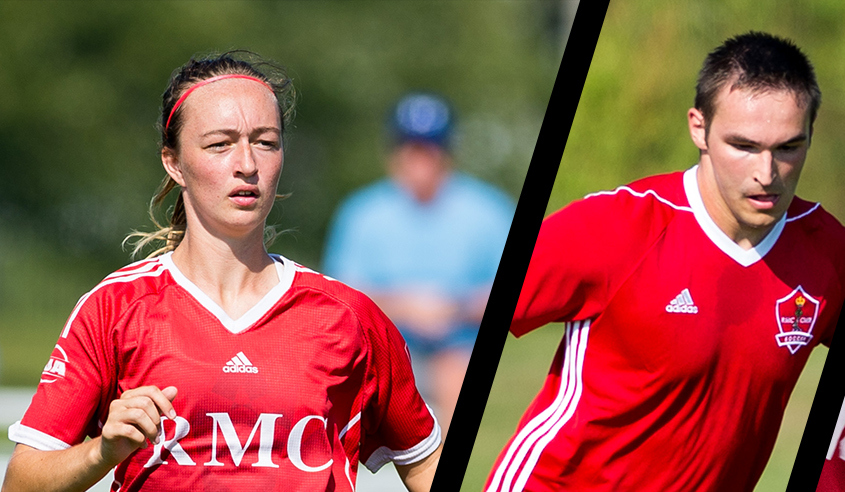 To celebrate RMC’s athletic feats from the 2017-18 season and years past, the Department of Athletics is proud to host the varsity awards night and Athletics Wall of Distinction (AWOD) induction ceremony together on Wednesday, 21 March.

With 10 RMC athletes earning OUA All-Star awards this year, there is plenty to celebrate. From rugby to fencing, soccer to hockey, athletes from the volleyball court to the pitch represented RMC extremely well.

While several accolades will be handed out on Wednesday, here are the nominees for the three major varsity awards:

Kelly Gawne Memorial Cup, awarded annually to the female athlete of the year.

Tommy Smart Cup, awarded annually to the male athlete of the year.

Prince of Wales Cup, awarded annually to a fourth-year cadet for athletic performance and excellence in the four components throughout their entire college years.