Photos high-lighting the arrval and the

Reunion Weekend 2011 “kicked off” with the arrival of 15 Ex cadets paddling the Chasse Galerie — “The Flying Canoe” — from Ottawa.

The 202-km trek, which began a week earlier at the Ottawa Locks, is a fundraiser for the Danny McLeod Athletics Endowment Fund, which supports varsity athletics at the college. 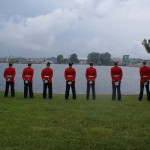 The paddlers arrived to a rousing reception in their 10-metre replica of a canoe used by voyageurs during the days of the fur trade. Leading the reception and taking the “salute” was first year RMCC commandant, BGen Eric Tremblay and Major Danny McLeod.

The mastermind and main organizer for the highly popular every five year event is Geoff Bennett. This time he had a “waiting list” of Ex cadets who were on “stand-by” if for some reason any of the crew members were unable to participate.

Cadets and staff numbering close to 400 lined the shoreline as the paddlers made their entrance to RMCC. 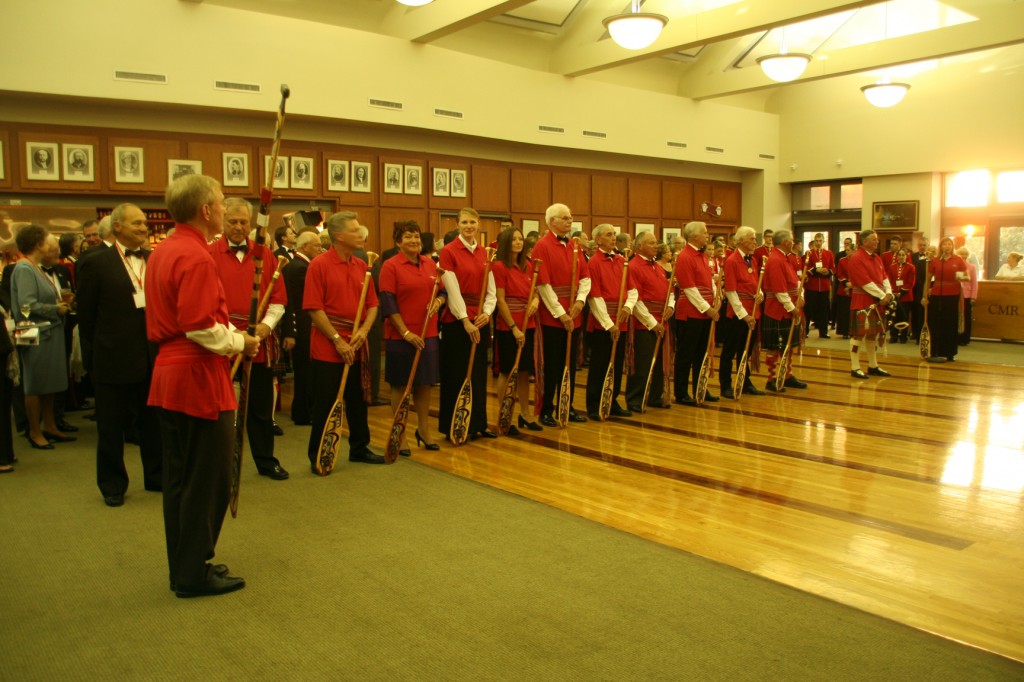 The 15 paddlers attended the Annual Legacy Dinner pre-reception which was held just a few hours following their arrival at the college. They put on a short enjoyable demonstration which reflected both their skill and the high camaraderie of the group.. 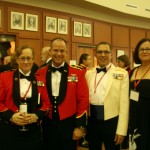