Positive Memories of RMC Grad at the Nijmegen March 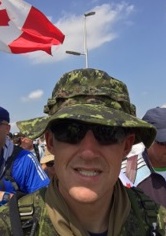 One of the most rewarding things about working in a training environment is to see previous Officer Cadets as Officers in their units.

Since I came to RMC three years ago, I’ve had the opportunity to meet hundreds of Officer Cadets and watch them develop into leaders. There has only been a handful of times where I’ve witnessed, first hand, an Officer Cadet after their graduation as a leader in a unit. Last week, I got to complete my second Nijmegen march…this time as a Sweeper.

As I was waiting in Trenton for the service flight, I ran into 27103 Lt Evelyn Gauvin. She was the Team Lead for 2 Field Ambulance out of Petawawa. We quickly caught up and I was interested in hearing about her time settling in to her career after RMC.

As the week progressed and we completed several ceremonies at Canadian War Cemeteries, I watched as she interacted with her team and noted her ability to keep their morale high. The actual march came fast and we spoke from time to time on the road. She was still learning valuable lessons such as working with a senior NCM.

It’s one thing to bark orders but it’s another to work through issues and achieve buy-in from your 2IC.

Input from those who may have more experience or tackle the problem from a different angle helps as long as the OIC makes the final decision when the discussion is over. As I watched her work through some minor issues with her team I saw her becoming more invested in the end result. She was growing stronger but then she was hit by a bug circulating around the camp and was out on day three.

Obviously upset, she hid her feelings and briefed the team for the third day of marching. With encouragement and motivation she praised their effort during the first two days and cheered them on as they started out in the morning.

One of the rules of the Nijmegen March is that a member has to complete every day, within the required time frame. Because Lt Gauvin had to sit out on day three, she wasn’t eligible for the medal.

Her team was still good, but she, unfortunately, was not. 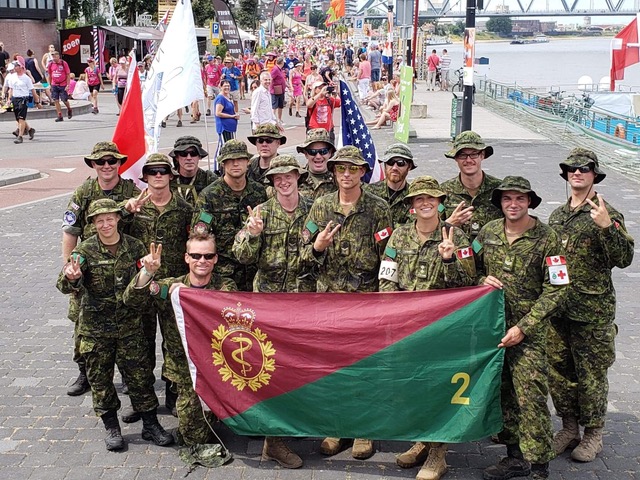 What impressed me the most, was that on the fourth day, she marched with her team anyway. This was impressive because technically, she didn’t have to. She was already disqualified and wasn’t able to receive the completion medal. She was also recovering from the day before. She put the team first and led them with pride  to completion. She had stepped up, put her issues aside and marched with her team, who appreciated the support, encouragement, and leadership as they marched to victory.