Wall of Honour – A Special New Addition to the College 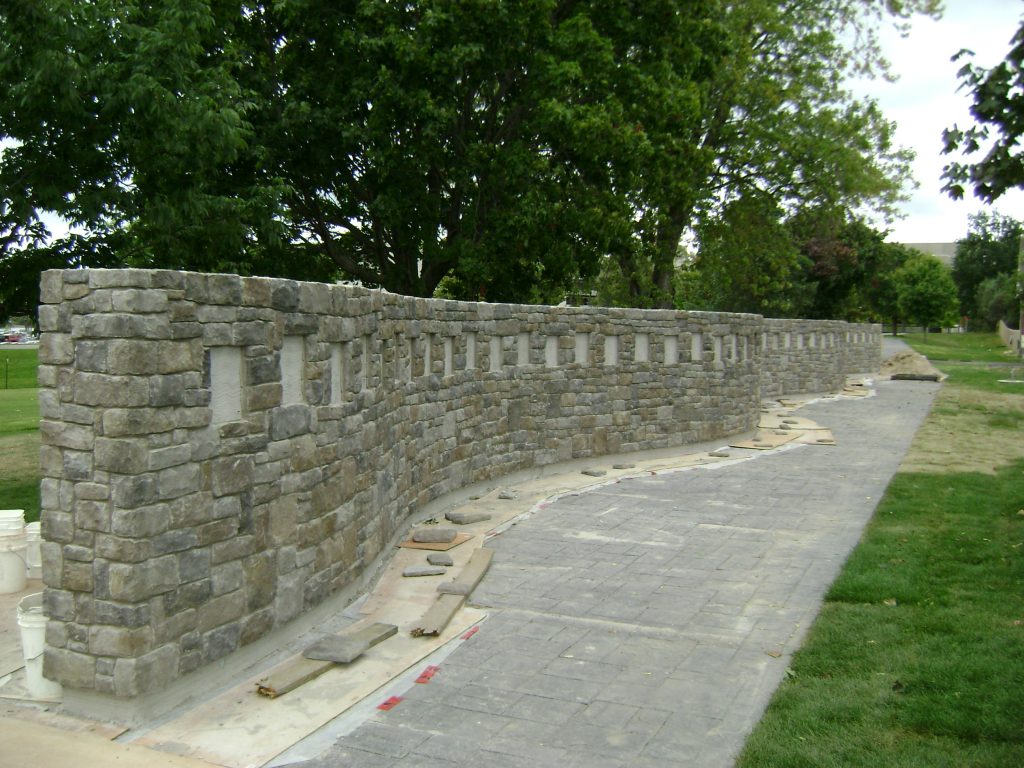 The Class of ’63 started discussing our gift to the College on our entry to the Old Brigade in 2005. We considered all the standard gifts other classes seem to give like an academic Chair, etc, but somehow we were not satisfied with such a short-lived gift. We were also aware of some gifts that soon turned into a College liability and we promised not to do that either. Eventually, we asked the question: what doesn’t RMC have that most other colleges have? Before too long, we stumbled upon the idea that there didn’t seem to be a special place where RMC publicly recognized those who had gone out in the world from the College and accomplished special things. So, we started looking at the various ways we might do that. Then we thought about the idea of positioning this “special place” where cadets would see/read/admire and perhaps be motivated to go out and do something special so that they too might be honoured someday. We looked at three different ways to do this and after costing them out decided a serpentine wall of stone, initially called a wave wall by the naval ex-cadets involved in the design, would meet our requirements and would be within our financial grasp. We proposed several locations which often resulted in counter proposals for almost two years without either party being satisfied.Finally, there came an opportunity to build the Wall on the newly refurbished Verite Avenue.

This was a great location for cadet exposure, daily, it would be visible from the entrance road into the College and would meet all our expectations. We hoped it also might become a special new addition to the College. Yes, we went through the long discussions of eligibility, nomination/selection criteria, nominating/selection boards, maintaining the same standards over the long haul, design of the Wall, negotiations with DND about partnering in the Verite project, the walkway, the lighting, landscaping, MOAs with the Foundation and College, process for paying the invoices during the Wall construction, plaque design and procurement, sub-contracts for building the Wall and for the masonry work and all those details that must be addressed for such a project. We hope our gift will be a new special addition to the College where we can remind the general public about where these special people got their start, help motivate cadets to aim high in their personal goals and be a place of pride for all those with an RMC number. A new tradition will be born this year when the excadets march to the Arch and go by the Wall of Honour for an “eyes right”. As the Prime Minister’s Office has not yet responded to the College invitation, sent in February, to be the Guest of Honour for the Wall inaugaration ceremony, that part of the ceremony is still undecided. Everything else is a go! 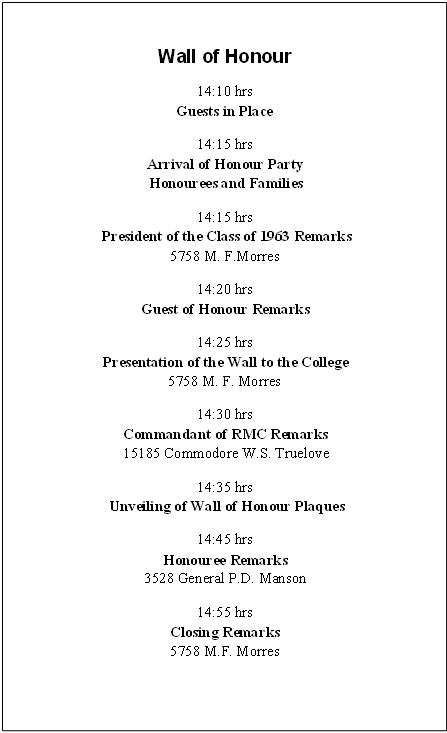