Found this photo from CMR from, I believe, fall of 1974.  Montreal Alouettes had used CMR facilities for summer training in 1974 (and went on to win the Grey Cup).  In thanks they brought the Grey Cup to the College for the day.  The Als also helped out with the CMR Football team.  The photo was taken at the Cadet Mess with a few members of the CMR Football Team. 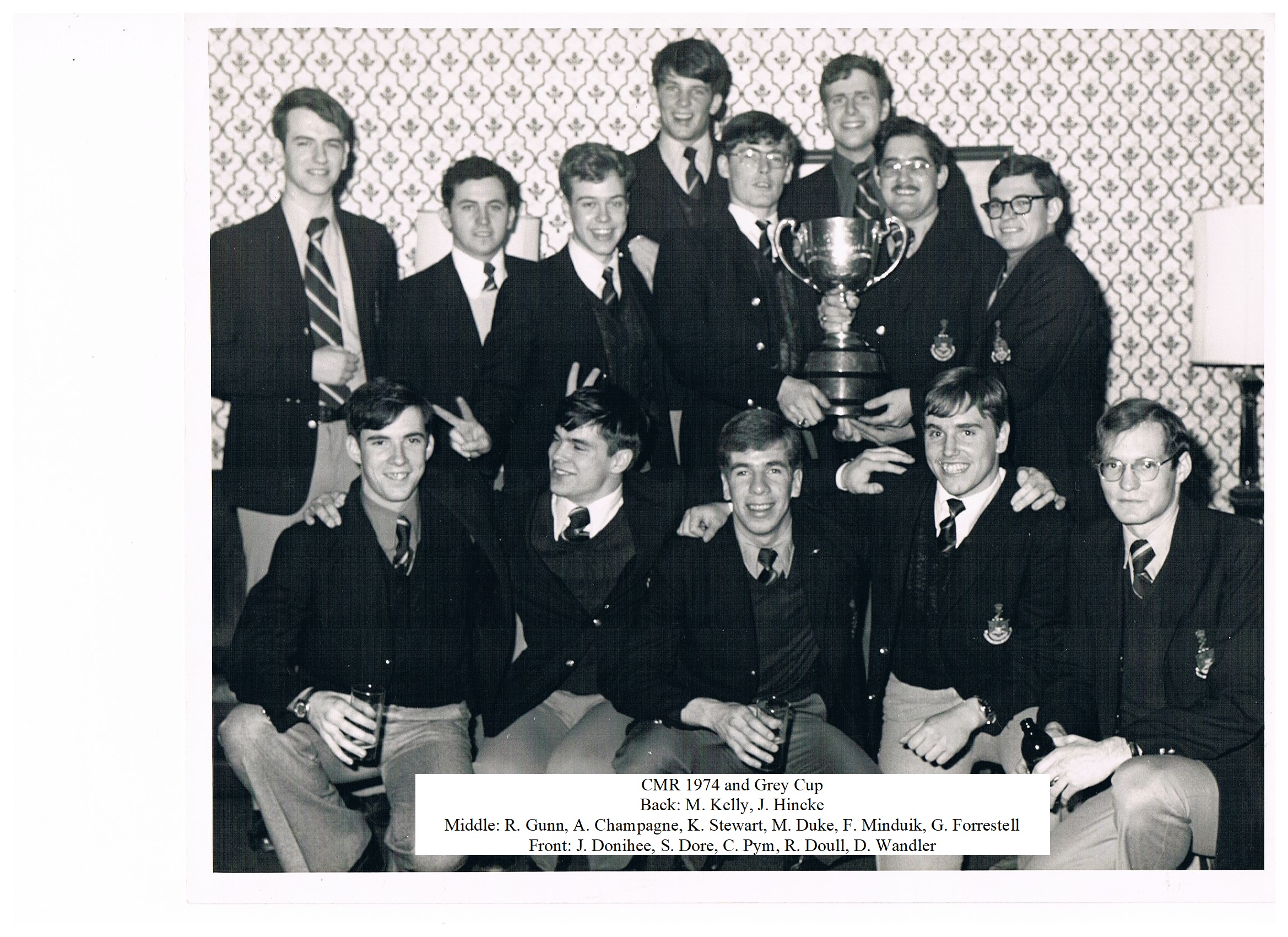