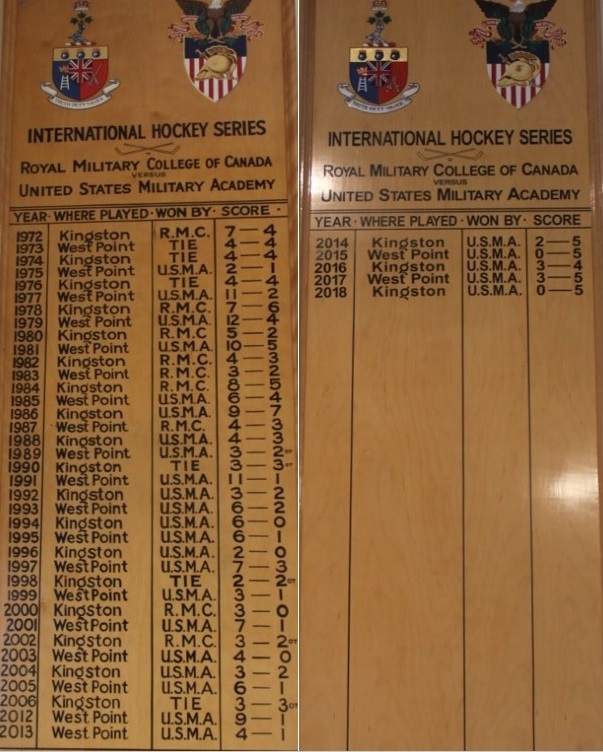 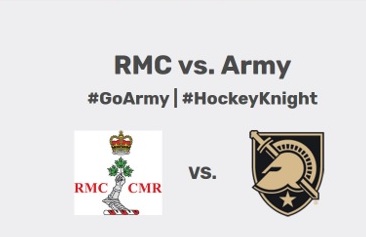 Live stats will automatically be available once the game begins. 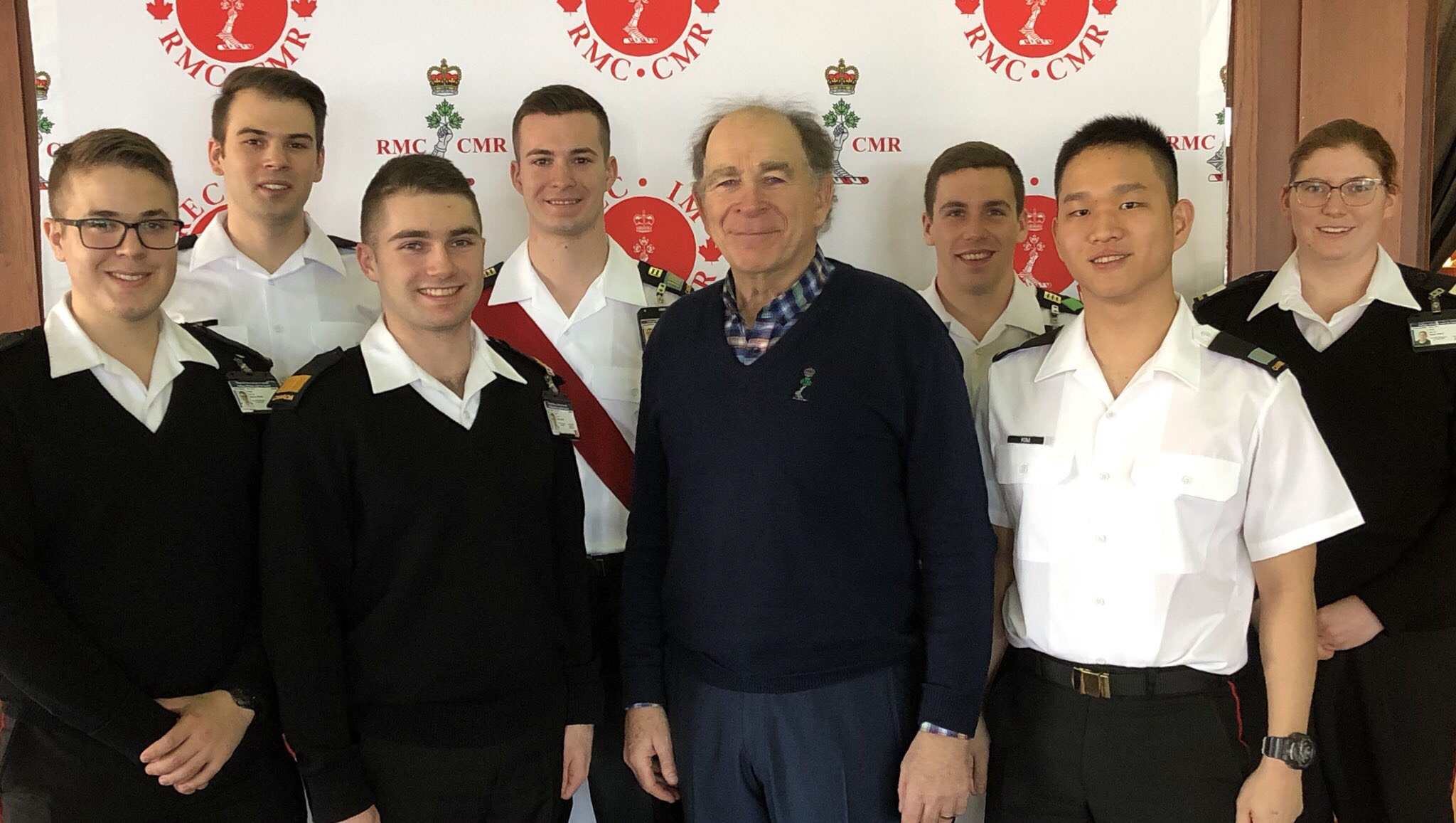 Canadian curling legend Earle Morris returned to his alma mater Thursday to provide the RMC curlers with a boost heading into the New Year.

Organized primarily by OCdt Bennett Dickson of the RMC curling club, Morris’ visit to campus started with lunch among the cadets in the CDH, followed by a private motivational session and Q&A in the Formal Mess with the RMC curlers.

Talking with the Cadets, Morris recited stories of watching his son at Olympics, the old curling circuit, and all the way back to his days at RMC in the 60s. For his impressive resume, the ex-Cadet was inducted into the RMC Athletics Wall of Distinction in its inaugural year.

On Thursday, Morris’ presentation focused on leadership and the tenets of a good team. Morris provided the future leaders of the CAF with his definition of leadership: “The ability to get your team to willingly do what needs to be done when it matters most.”

After a brief Q&A, which dove into Morris’ take on “Broomgate” and the World Curling Federation’s rule changes from 2016, the Cadets returned to class for the afternoon before their evening practice.

The RMC curlers benefitted from the two-time Canadian Junior Champion coach’s help and support on the ice, and thanked him afterward for taking the time to help them improve. 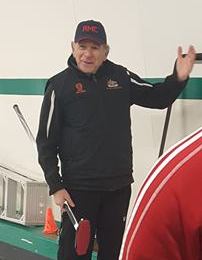 This past Thursday (January 10th, 2019), Earle Morris, a national curling champion and renowned coach, took the time to visit the RMC Curling Team for a lunch presentation and workshop.

At lunch, we had the pleasure of talking about leadership and the building blocks of working in a team environment, all while connecting the ideas back to the game of curling. The short one-hour presentation gave the curling team a better understanding of their roles as future leaders, as well as gave them a more in-depth look at some of the technical principles that are essential to a proper team-dynamic. 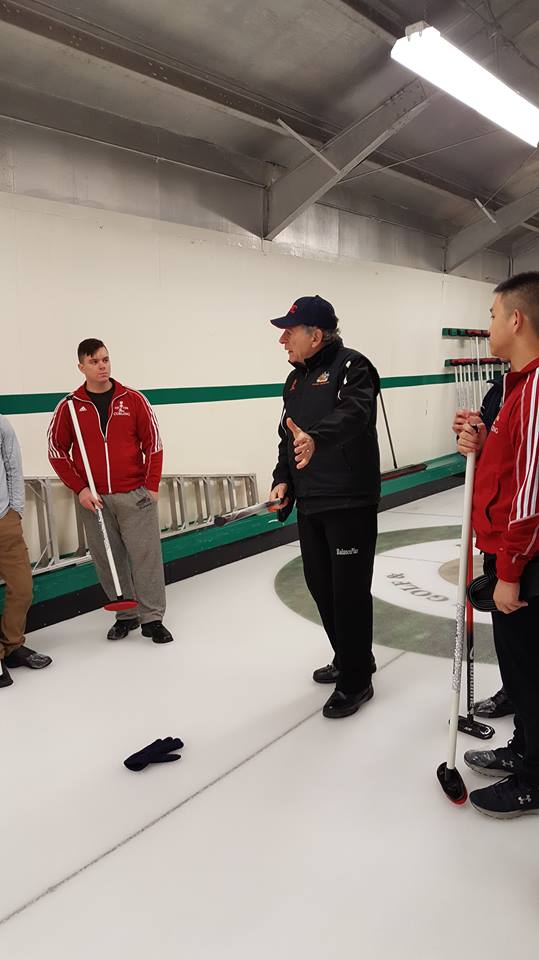 After supper, he joined us at the CFB Garrison Golf and Curling Club for an on ice workshop. He went over some of the fundamental parts of curling, including things like proper alignment, proper form, balance, and a proper release. By the end of the night, it is safe to say that each one of the curlers walked away a better player that’s more prepared to take on the game.

For me, this event not only made me a better curler, but gave me a better understanding of how a team works, rather than just knowing how to lead one.

Mr.Morris made it clear that even the smallest of teams function like the ones we would be commanding as future officers. A team can be two people, or it can be twenty, but the principles will always stay the same.

I’d like to extend one last thanks to Mr.Morris for coming out to Kingston and allowing us to have this opportunity. While he was only here for a little, I’m happy to say that what he taught us will last much longer.

On top of all of this, it was fun. It’s not everyday that you get to curl with a national curling champion. 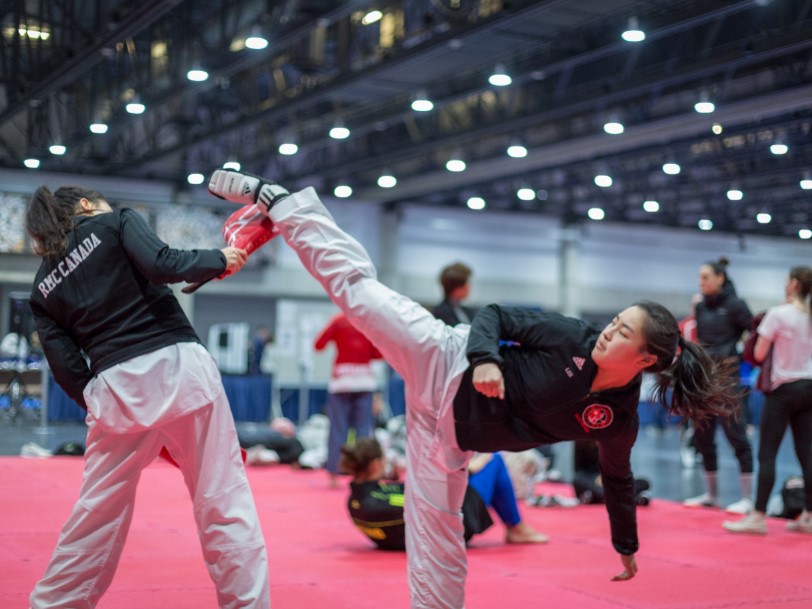 Mina Lee and Kara Lee sparred at the 2019 Taekwondo National Championships in Quebec City on Thursday with Team Ontario. Both Cadets competed in the Senior Women’s under 67kg category.

Mina, the more experienced in Kyorugi (sparring), won her way into the semi-finals, where she faced Pan Am gold medalist and member of Team Canada, Ashley Kraayeveld. Mina ended up losing to the international star, who went on to win the national title, but battled back in the double-elimination pool to finish fourth overall.

Kara made the switch from Poomsae to Kyorugi over the last year, so earning a spot at the national championship was an impressive feat. After losing her first match, she squared off with her RMC teammate in double-elimination. Mina outscored Kara 19-6 in the bout.

Both athletes will bring this experience back to RMC, sharing it with the rest of their RMC Taekwondo teammates as the club continues to improve as a whole.

RMC Taekwondo would like to thank the Foundation and its donors for helping to make this trip possible.