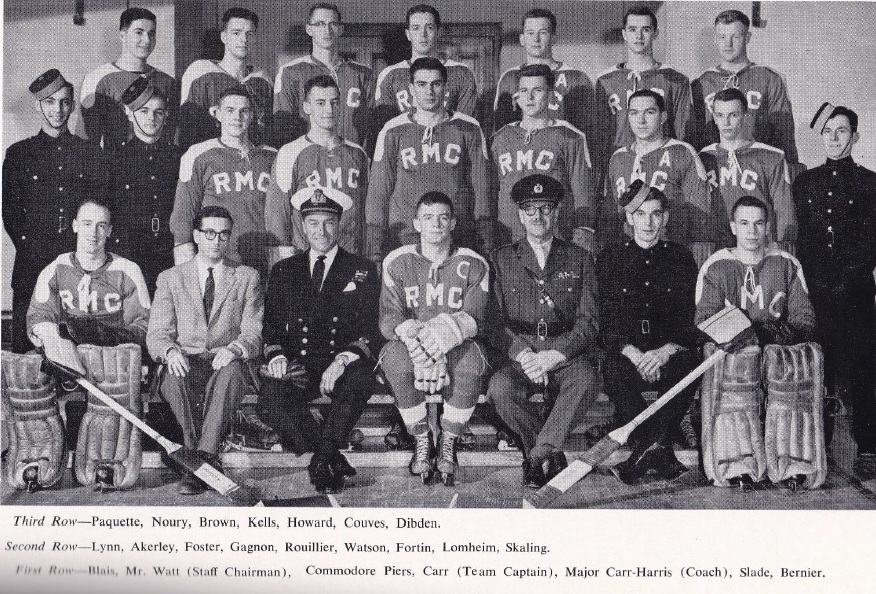 I remember how important it was to my father, Bill Carr, 1954 (his number is the year I entered CMR).  He came down with a host of friends to watch the game. 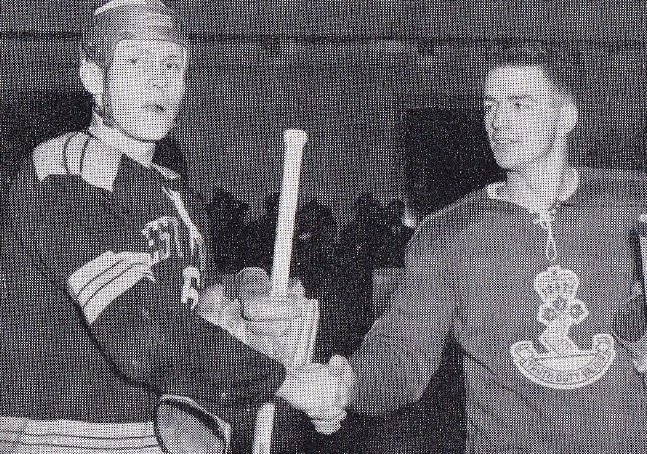 I was in fourth year.

I was captain (by a mysterious set of circumstances) and did the ceremonial face off against Pete Dawkins, former Heisman trophy winner and future general.  He may have been a star in football, and in the military, but his hockey needed a little work.

One of our star players, and a close friend until he passed away some years ago, was Jean-Guy Fortin, referred to by the West Point Cadets as “Frenchie”.  During the early (very early) morning ablutions, everyone was whispering about how late the night before “Frenchie” came in.  I gritted my teeth.  However, Jean Guy potted two goals (I think) and I suspect that may have prompted West Point to change their training routine.

We had a host of other VERY good players. as well.

I remember the weekend as being very friendly and full of ceremonies.  Lots of multi star generals in presence. But I remember the game as being less competitive than expected. We seemed to have the jump all the way through.

My father later gave me a set of gold cuff links with the score on them, which I still wear to every mess dinner and at other important occasions. 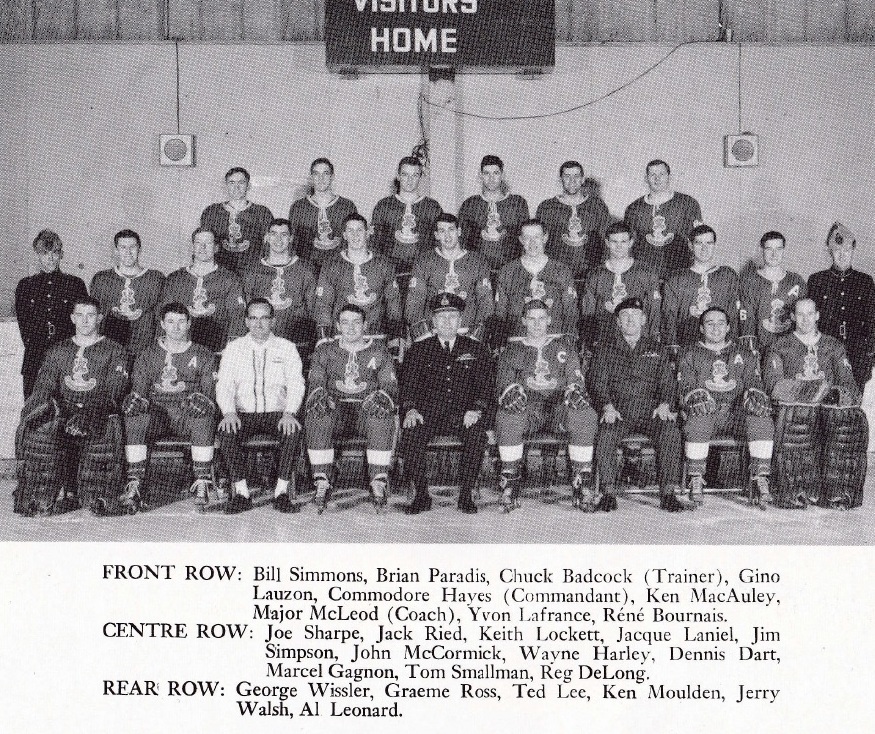 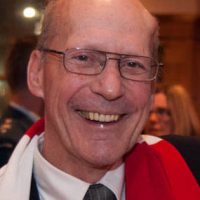 The final score was 4-2. Indeed we were leading 2-0 after two periods but their coach threatened to cancel leave for the players for the rest of the year if they did not win.

In the first two minutes and 17 seconds of the final period, they came in like gang busters/raging bulls.

They beat me three times in (I do not recall how many) several attempts, pushing/wrestling/slashing through the defence and I. It is not that we fell apart, but I would confess that we just ran out of steam. We fought back and got penalized and were broken when they scored the fourth goal.

We were missing some of our best players due to illness and injuries. That being said however, the replacements did more than their share during the entire battle. Yes it was a heart breaker, not to be forgotten; but as they say, IT’S ONLY A GAME.

I had not realized that the WP/RMC game was in Jan this year. Jo Ann and I will definitely be there if I can secure some tickets. I guess I better get on to that.

I hope my bit of info is of some value to you, and that we can see you on the 20th. 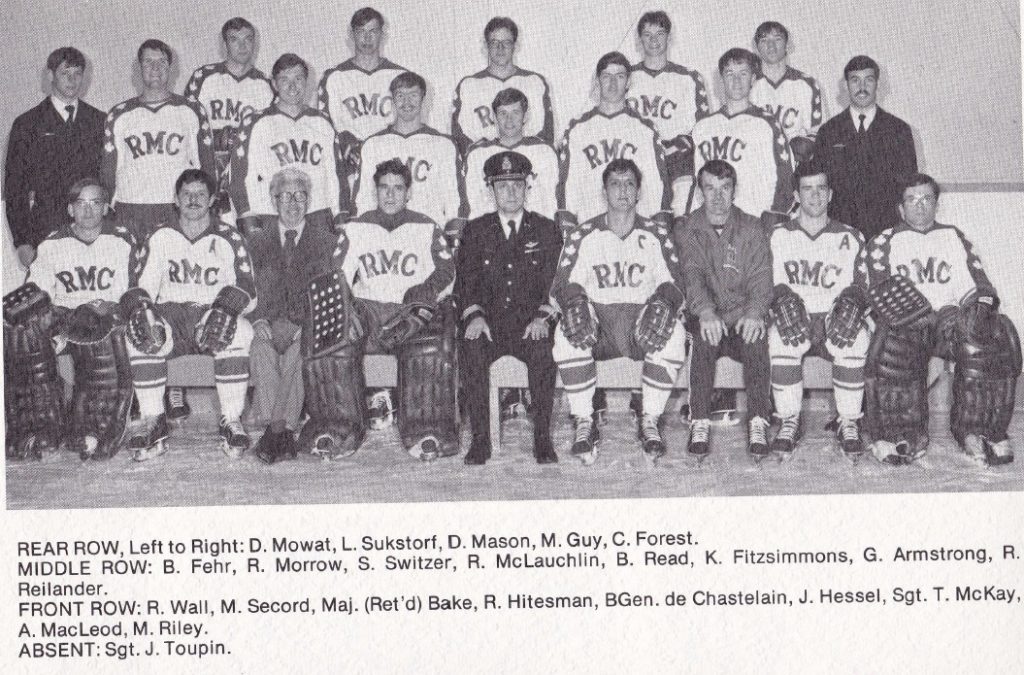 The USA winning the Olympic Gold was their miracle on ice, for me it was the 1978 game against West Point.  The game started out with hard hitting and I remember the Coach of the Kingston Junior A team telling me after that he had never seen hitting like that in a game.  I took a few penalties some questionable, in my opinion, some I deserved ha ha.  But the game was great all round.  I kept spurring the guys on and I know that with about three minutes I broke down the right side and snapped a shot over the shoulder of the West Point goaltender and the crowd went crazy.

Being a UTPM and being elected captain of the RMC Redman was a great and humbling honour and I always wanted to wear number 10, a sweater that Dick Mohns wore before me with such pride and distinction, that t00 was a proud moment for me. 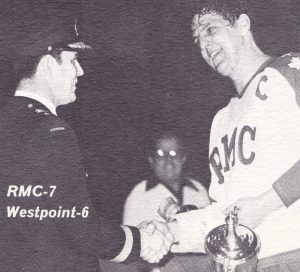 I have played in a number of Nationals in Hockey and won two Nationals but there was nothing that compared to that night in the Kingston Memorial Center with the pipes and drums performing at halftime and the thrill it was beating the Black Knights of West Point in our graduation year.  Many players I remember like goalie Roger Hitesman, defenceman John Stacy and Eric Kay, forwards Mike “Stubber” Seccord and John Stecyk, and many many more.   A memory I will never forget.

Years later BGen Turner’s son, John who became the Assistant Deputy Minister of ADM(IM), said to me before a briefing I was giving, I believe in 2010, “hey your Jim Hessel, I watched you play hockey in 1978 when you guys beat Westpoint, wow what a game”, a memory he won’t ever forget either.