Paladins Have a Date With Black Knights, 10 Days Before Valentine’s Day at West Point Key years in the history of the series 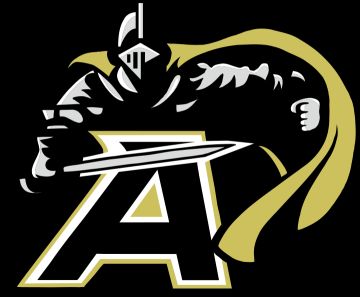 The historic hockey rivalry between the Royal Military College of Canada (RMC) and the U.S. Military Academy (USMA) will be back on the ice at West Point, N.Y. February 4, 2012.

This will resume a series that started in 1923 and “stood down” following a 2006 – 3-3 tie in Kingston. It was inaugurated by U.S. General Douglas McArthur, then Superintendent of the USMA, and Lieutenant General Sir Archibald Macdonnell, then Commandant of RMC, to foster greater bonds of friendship and understanding between the two institutions.

The hockey game will be held at West Point in 2013 too. RMC will host the classic competition in 2014. Some time between now and 2014 the leadership from both institutions will look at working out a long term commitment.

“There is a lot of tradition between our two institutions and this international hockey game in particular is a tremendous experience,” said Cates. “Not only are the players representing their College, they are representing their country.”

Brian Riley – the third Riley to coach the Army Black Knights over the past 62 years. His dad, Jack Riley coached at West Point from 1950 – 1986; older brother, Rob continued the family tradition for 18 years until 2004; Brian has been behind the Army bench ever since.

“We are very excited to renew the series with RMC. For our Cadets to have the opportunity to be a part of this series in the coming years is something that they will never forget and there is no doubt they will have memories from the games that will last a lifetime.”

Brian also added, “On a personal note this game means a great deal to me. As a kid growing up watching my Dad’s teams’ play this was the game that the Riley family had circled on the calendar. My brothers and sister were always very excited for the game but I think just as important we were excited because we knew Danny McLeod would be coming to stay at our house!”

The soft spoken hockey coach speaking from the heart concluded: “The Riley family over the last 60 years has built many great relationships with so many wonderful people from RMC to include coaches, players, and administrators. Names like McLeod, Laliberte, Scott, and Oliver are the first to come to mind but there are so many more. I’m looking forward to seeing old friends and making new friends as the series hopefully moves forward.”

The West Point – RMC hockey rivalry became very intense sometime in the 1950s. Read the Al Roberts article about the story behind the story of the – ‘First Penalty’ elsewhere in this edition.

In conversations with former hockey Redmen from the ‘50s well into the ‘00s will always involve a “story” of the West Point game. We attended most of the games over the last 25 years in which the series was played. There were a lot of thrillers especially in Kingston. In particular, we recall the 2-2 tie in ’98; 3-0 shutout by Tom Connerty in 2000; Shannon Goudie, scored the overtime goal in a thrilling 3-2 win in 2002. Great memories!

“Army’s hockey program is formidable and the game will provide a great opportunity and challenge for our team,” said Adam Shell, Head Coach of the RMC Paladins. “To be able to participate in this historic rivalry will be a highlight of their careers at RMC and something they will remember long past graduation.”

When Cadets stopped sharing rooms and socializing with each other appeared to start in the early part of the 1980s. At West Point around that time hockey became a legitimate varsity program – on par with their football & basketball programs. Prior to that hockey only had Recreation Club status. NCAA Division 1 athletes are not in the habit of sharing rooms with the opposition or even socializing with the opponents.

Not even – ‘brothers in arms‘. This approach is hard to accept by many on this side of the border. We will be surprised (no shocked) if Army has changed their socializing varsity sport philosophy in 2012.

Just how intense was this rivalry? We can recall games where things got a little out of hand right from the opening face off. School administrators tried to put the breaks on such behavior, but when the puck drops, next February, we have no doubt that the rivalry will be as hot as ever. And hopefully, just as exciting as most of the previous 75 encounters.

Rolande and I are making plans to attend the game south of the border next February.