The 2018 ‘Reading Week’ is in the history books. Cadets and staff have been back on the peninsula for 7 days.

By now most readers of e-Veritas are aware of the main event which has unfolded at the college since Thursday.  We are referring, of course, to the loss of privileges order handed down to the Cadet Wing by the Director of Cadets.

We may be considered ‘old school’ by many but we want to voice our support for holding people accountable.  The issue is not about jeans, but about following lawful orders.

Most of the officer / naval cadets with whom I have had contact with during the weekend are disappointed which is the natural and expected reaction.

At the same time, all of them have admitted that they have fallen short in regards to meeting their responsibilities.

Most have settled into the punishment and realize that its not worth flipping out, they just have to grin and bear it.  Similarly, people have been ordering lots of pizza (one of the local Domino’s is hosting an RMC special), having “movie nights” with their friends or finding other ways to spend the time.

One cadet confided to me. “I haven’t really seen people come together like this in a while. I think that while this isn’t a happy time so to say, its shown that the friendships that form between the cadets here really is something meaningful.”

Another added: “The sanctions are not fun, but they are meant to be that way. It’s only a week and then things will return to normal, so I can’t be too mad about it. The best thing to do is make the best of the situation too, it’ll allow me to get some more work done.”

Don’t you just admire those type of attitudes?

For those who don’t get it, they likely never will; hopefully, before  their graduation year, they will realize a career in the military – where one must follow lawful orders – is not for them.

Following is an article on the subject by the Whig Standard:

Meanwhile things have not come to a standstill on the peninsula, as the next few articles will attest.

Major-General Terry Liston (ret.) is the former chief of operations, plans and development of the Canadian Armed Forces. He is currently a Fellow of the Raoul-Dandurand Chair of Strategic and Diplomatic Studies at the University of Quebec in Montreal.

Terry visited RMC this past Friday on the invitation of the History Department.

Following is a short write-up from OCdt Pablo Cardona, one of the history students who attended the lecture: 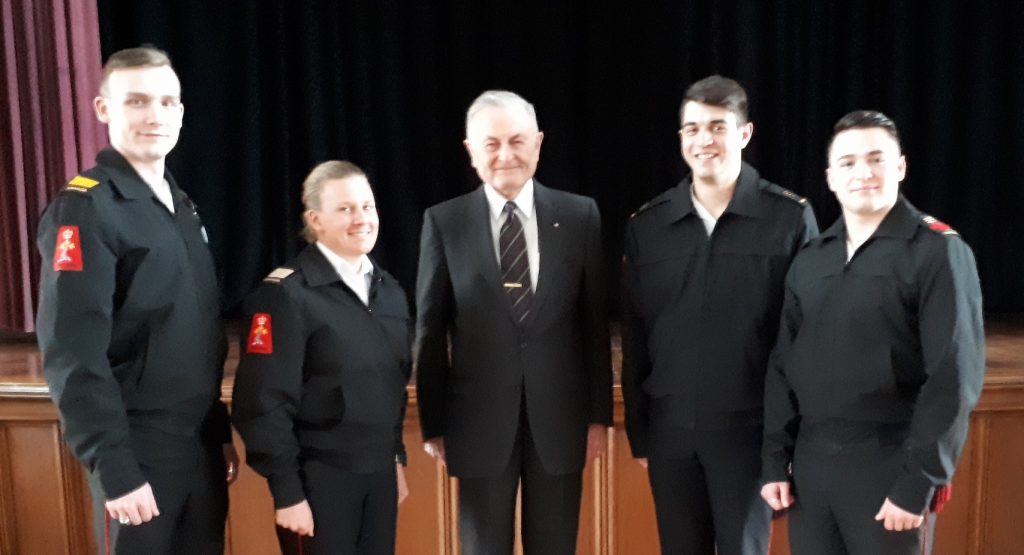 Last Friday, the students of the French and English sections of the third-year history of peacekeeping course had the privilege of attending a lecture from Major General Terry Liston (ret’d), who served as a junior officer with United Nations mission in the Congo during the early 1960s.

MGen Liston (ret’d) began his lecture with in-depth background to the conflict in the Congo. By proving the classes with a detailed history of the country’s socio-political situation, we were able to get a better appreciation for what motivated the mission and what’s end state was.

The MGen then proceeded to speak on his own experiences as a liaison officer and young lieutenant on the mission. He spoke to the diversity of the UN mission, which consisted of thousands of soldiers from all around the world, and how his commanders went about building relationships with key figures in the country. Furthermore, he spoke to the shortcomings of the mission.

One of the major takeaways of the presentation was the quality of Canadian soldiers in international operations. He mentioned that his unit, the Royal 22nd Regiment, was admired by the locals because they were among the only peacekeepers who spoke French. We, as future peacekeepers, must maintain the CAF’s reputation.

As history students, this presentation was beneficial to our education as it gave us a unique perspective into an important event that helped to define the future of military operations. We are grateful that Major General Liston (Ret’d) was able to dedicate time to come and speak to us. 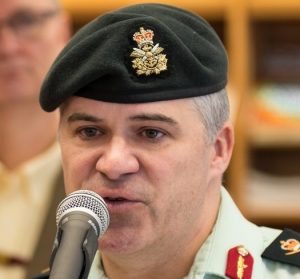 Note: It should be noted that this Commandant Inspection had been on the college calendar since the beginning of the school year. 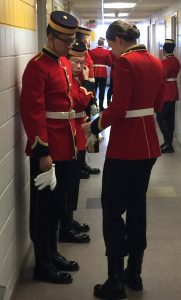 The idea behind the inspection is to make sure that the room standards for the cadets are being followed and to maintain a high standard of dress and deportment for the entire cadet wing. Thus, if one squadron were to have cleaner rooms, and better dress, they will receive more points towards the Commandant’s cup. 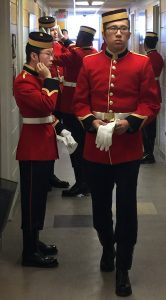 There is a lot of prep that goes into the inspection for the cadet wing: plenty of squadron cleanings, lots of polishing, and squadron checks to ensure that the cadets are prepared. All of the areas in the squadron must be cleaned such as bathroom, laundry rooms, linen rooms, and garbage rooms. Final checks of individual quarters and uniforms are conducted before the real deal.

The inspection itself was quite interesting. Brigadier General (BGen) Sébastien Bouchard inspected all of the squadrons individually, where he took time to talk to the cadets, to make sure that the previously mentioned standards were being followed. Chief Warrant Officer (CWO)  G.E. Hoegi accompanied the General and some members of the top five. Most of the higher parts of the training wing were present to help in the inspection of all of the squadrons.

OCdt Lauren Froats, 27872, speaks about her preparation and inspection as such,

“8 Squadron prepared for the commandant’s inspection very well. We held a mock inspection earlier this week and worked as a team this morning in order to complete all our common tasks efficiently and to the best of our abilities. Our inspection went well, proving how hard work pays off.”

Overall, the inspection allows cadets and the Training Wing to come together in a formal setting which allows cadets to interact with the Commandant and show off their hard work. 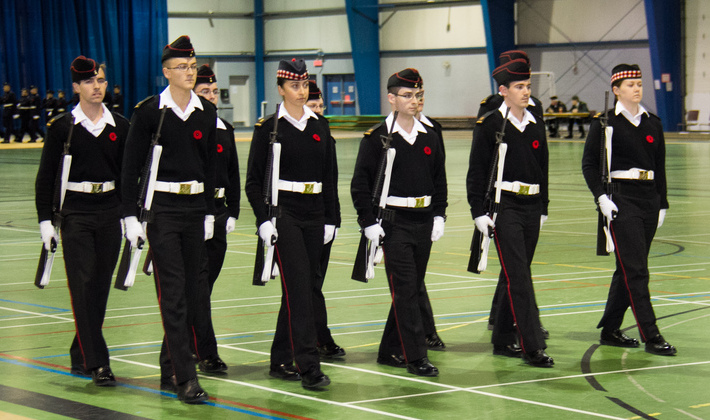 Today for PD we did drill practice for the two periods.

The drill that we practiced was more so for the drill comp this upcoming weekend.

PD today was drill practice for all those part of the squadron drill competition team.

Drill competition will be happening this Saturday, so there is much preparation to do. The team practiced the whole sequence, focusing on change to slow march and back, falling in for parade, and advancing on parade.

Drill is important as a cadet at RMC because it not only instills discipline, but shows the cadets tradition. It also gives a clear example of what we will expect leading parades as future leader of the CAF

For those not on the squadron drill competition team, the morning was spent preparing for the upcoming commandant’s inspection or studying for the midterm week.

PD for the third years today consisted of rehearsing squadron drill in preparation for the upcoming drill competition this weekend.

The third years as well as the rest of the years, assembled on the parade square this morning at 08h00 to practice riffle drill, foot drill, and movement as a squadron.

Firstly, we started off by practicing basic foot drill such as transitions from quick march to slow march on the move. Secondly, we practiced the overall sequence for the drill competition. Lastly, anyone who felt they needed extra guidance stayed back to practice either foot drill or riffle drill with the CSTO.

Drill is important as it is the basic form to move troops in unison from one point to another. Drill is mainly used for military ceremonies, such as parades and is used to instil discipline. Drill is a foundation of discipline as there is an actual manual with all the specific details that entail different types of drill.

Practicing drill this morning for PD shows cadets how important it is in the Canadian Armed Forces as it is the main method in conducting ceremonies, parades etc.

For PD, we received a lecture from 21812 LCol Alistair Luft, an Infantry officer and former CANSOFCOM Director of Operations, on the nature of resilience in the ever-changing profession of arms.

He told us about his life philosophy in terms of facing and overcoming adversity, specifically using a model of “antifragility”.

Weaving in stories and anecdotes from his career, the LCol explained how a fundamental part of working in the military involves accepting that the future is deeply uncertain.

Success, then, can be achieved by focusing on failing quickly and recovering even faster.

Looking into “antifragility” also gave the feeling that the whole concept wasn’t exactly strongly defensible. He also spoke about how purpose is what lets you get through rough situations, which was a useful perspective.