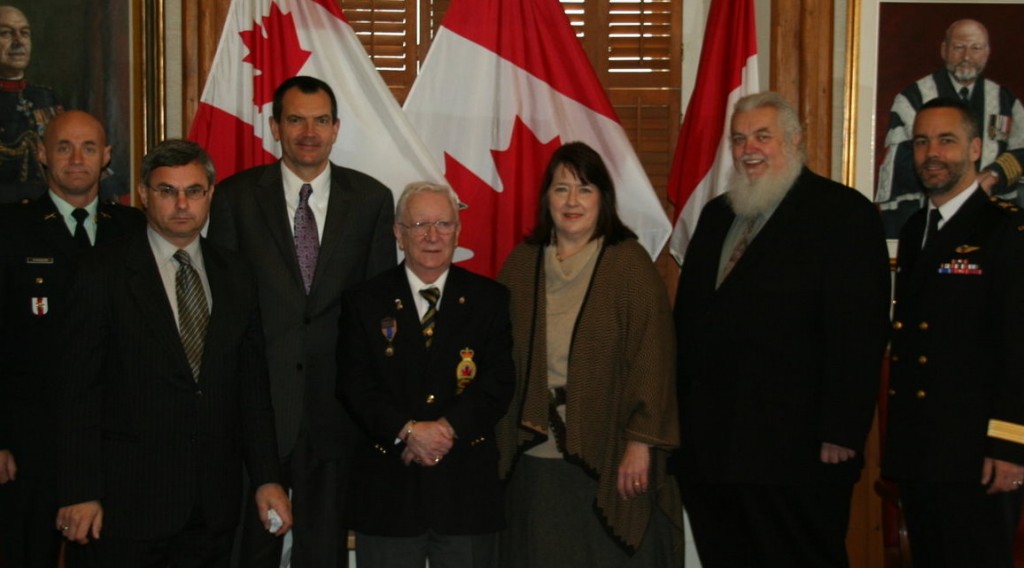 Last Monday, the commandant, Commodore Bill Truelove held a briefing for local civilian Kingston leadership. This was the second in a  series of  similar type briefings, which the commandant has run since his arrival this past summer.  The aim is to ensure  local supporters are ‘up to date’ on all that is happening at RMCC.

Following an overview brief in the Senate Chamber, the group enjoyed a nice lunch at the SSM. The feedback has been very positive on these sessions, with participants leaving with a better understanding of the terrific College we have.

A large crowd from both the RMC and civilian community had the opportunity to attend a special event at Currie Hall on December 3rd.

Dr Ken Reimer delivered the Cowan Prize in Research Public Lecture entitled: “Chemicals in the Environment: Are they Harmful?” The event was sponsored by the RMC Club of Canada Foundation

The commandant and Mrs Truelove were among the attendees.

“Thurs evening was very special starting with the Environmental Sciences Group 20th anniversary dinner at the SSM. Brenda and I were thrilled to join Ken and Deb Reimer and all of the ESG alumni as they celebrated 20 years of success.”

Commodore Truelove added, “This group has made a tremendous contribution not only to the CF but to all of Canada. Our nation is a better place because of Ken and Deb and the entire team that they lead.”

Commenting on the lecture, “Listening to Ken’s outstanding lecture it was not hard to understand why he had been selected for this award. We’re truly privileged to have him on the RMC team.”

“…the best place to eat in Kingston…” 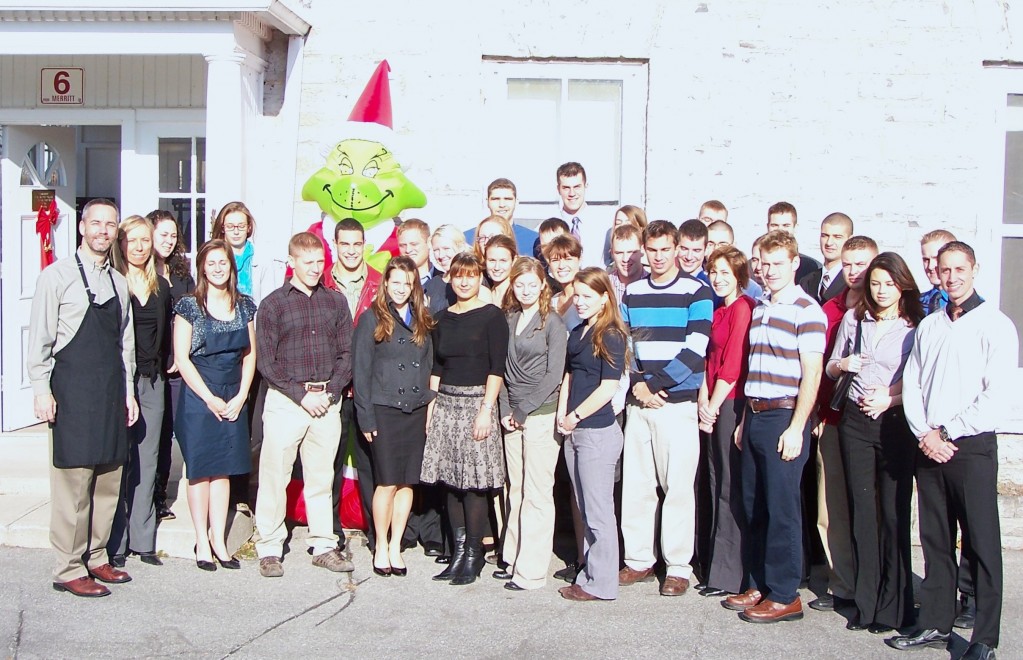 Cadets attending brunch at the "B&B"

Day to day life around RMCC is often like a roller coaster. The ups and downs come along fast and furious, and cadets have to live with them.

Just under 40 cadets had the opportunity on Sunday to “shut it down” for a few hours – and enjoy some fine home cooking at the Peninsula “B&B”.  The was the 4th time (and the largest) during the I term that the Commandants House was available for a Sunday brunch. The word is now out “…the best place to eat in Kingston…”

Speaking in the tone one would associate with a caring parent, Commodore Truelove, “With the stresses of exams in the air and the anticipation of Xmas holidays, we think cadets enjoyed the opportunity to relax and have some of Brenda’s home cooking before running back to the books.”

We were able to contact a number of the cadets who attended the latest “B&B” brunch.  Here is what they had to say: 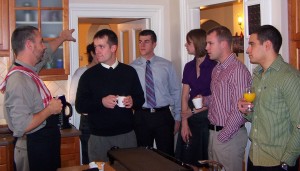 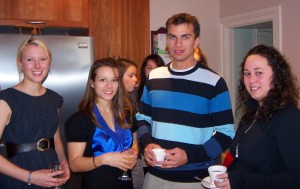 The Cmdt’s brunch was a delightful treat away from the regular mess food. Spending time with good friends and eating good food was a much needed study break. Being in the Commandant’s historic house and viewing the many plaques, paintings and photographs on the walls gave a motivating reminder that we are not the first cadets to pass through RMC, nor will we be the last. The Cmdt’s brunch was well organized, and much enjoyed. I’d like to thank Commodore Truelove, his family and Miss Belcourt for making the brunch run as smoothly as it did. 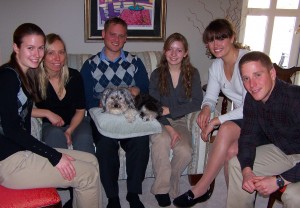 The brunch at the Commandant’s house was a very enjoyable experience. Commodore W.S. Truelove and his family were extremely hospitable and created a warm and comfortable atmosphere. The food was fantastic! It was also great to finally explore the mystery house and socialize with fellow cadets. 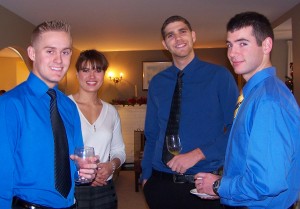 I thought that the Cmdt’s Brunch was am excellent experience, one that should be an opportunity for all Cadets at RMC to enjoy. Between the amazing hospitality of Commodore Truelove and his wife Brenda, the incredible house — that has some much history, and is so much a part of this college — and the great company of Cadets that were there to enjoy it with me, I had a delightful brunch. I hope that the Cmdt continues to offer his house, his space and his time to ventures such as this, because they give so much back to us cadets. 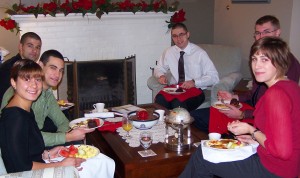 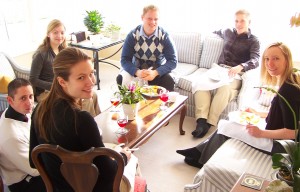 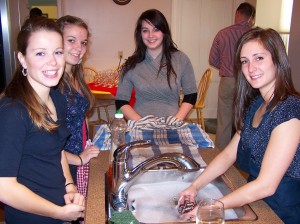