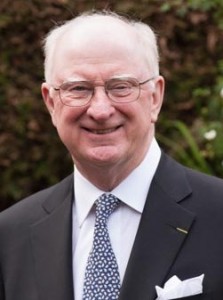 After receiving my degree and commission, the most interesting military activity I was involved with occurred a few months later in October, 1962 when my ship along with most of the Canadian Atlantic fleet joined US ships and British submarines in the naval quarantine associated with the Cuban missile crisis. Most of what I know about this event was learned some time later, the best source material for Canadians being by former submariner Commander RCN (Ret’d.) Peter T. Haydon.

I left the Navy in 1966, four years after graduating from RMC, and became one of about thirty students taking an MBA at Queen’s. My major was Finance, and I was fortunate to be hired by Michael Wilson (who eventually became Prime Minister Mulroney’s Minister of Finance) to become a Canadian equity analyst at Harris & Partners in Toronto. Here I learned my trade, and picked up my CFA designation. After a few years, I joined a few partners in forming a new company, McLean McCarthy, where I was the Director responsible for research.

A new phase in my life began in 1980 when I was invited to “cross the street” and become a partner in a small investment management firm in Vancouver – Phillips, Hager & North. I acted as co-head or head of the Canadian Equity group for the next 23 years. Individually, I twice won Investment Executive magazine’s Fund Manager of the Year award for consistent top performance over a decade. More importantly, the firm as a whole did well for its clients and grew enormously. By the time I retired, PH & N had become the largest privately-owned investment management firm in Canada with $45 billion in assets under management, and 270 employees. Today, PH & N is a unit within the Royal Bank of Canada, and is managing $100 billion in assets.

Throughout my investment management career, I focussed on a relatively small number of classic long-term investments in high quality enterprises which I continue to do for my family and my foundation today.

After leaving PH & N, I joined the Board of a Calgary-based natural gas exploration company called Peyto, and served as its Chairman for the next six years. Peyto is a unique company, the lowest cost gas producer in Canada and perhaps North America, rapidly growing production towards 100,000 barrels of oil equivalent per day entirely via the drill bit. Only fifteen years old, Peyto has already paid out $1.5 billion in dividends and distributions to shareholders. This great story is ongoing.

When I turned 70, my focus shifted to The Charros Foundation which my wife and I established seventeen years ago. Apart from Royal Roads University and the RMC Foundation, our most important projects are the Take a Hike – Youth at Risk Foundation, North Shore Rescue, and the Pacific Parkinson’s Research Institute.