The Platoon Sergeant in Action

It had been a long road from war torn Europe and his Polish homeland where the politics of the day denied him safe return to visit his home.  But he had made a new life in the United States, specifically in the United States Army.  Already a veteran of multiple tours in combat in Viet Nam, as a senior non-commissioned officer (NCO) he now found himself challenged with yet another opportunity to bring a difficult situation into mission-effective focus.

Already two weeks into work to man and train a mechanized infantry platoon for validation as a full establishment by table of organization and equipment unit of that type for subsequent employment on a six month major Army initiative, the Air Cavalry Combat Brigade Test 1, he was well aware that the under strength platoon he found himself deploying with as acting platoon leader was not what it was supposed to be.  He and eleven other soldiers comprised the significantly understrength unit…they could barley man the platoon’s four M113 Armored Personnel carriers.

He knew that the upcoming training plan called for, among other training, dismounted assaults supported by the platoon’s M2  (.5 caliber) machineguns.  If he manned the guns and counting the track drivers…five men would be available as a dismounting element, the equivalent of a single fire team as compared to the six fire teams supported by their machinegun and 90mm recoilless rifle sections that should be in a dismounted assault.  It was almost a waste of time to attempt the training.  But the good sergeant fully understood that as understrength as the platoon was, he would proceed with his soldiers to the vehicle laager in the training area at 0500 the coming Monday morning after a three day holiday weekend to carry out the scheduled training.

With a quiet precision in what he did, he would lead the platoon. It would be on time with what it had to carry out the mission.  He was a tough man of few words but when he spoke in his Polish accented English soldiers did as ordered.  For right along with the toughness was a sense of responsibility for his soldiers that assured they were supported and taken care of in the Army’s systems.  The soldiers were loyal to their platoon sergeant in return.

The sergeant had made the point to his superiors that he was not up to strength and was assured that additional men would be assigned but that infusion of replacements had not happened yet.  Given that the Army was in great personnel flux at the time with drafted soldiers at the end of their two year terms of service out processing as well as an incipient racial unrest that had been bubbling, reflecting larger issues in the society, and happening at the same time as the transition that had begun to an all volunteer force, forming a cohesive platoon for an extended high visibility mission would be more than the usual troop leading challenge.  The seasoned NCO understood very well what lay ahead but he did not retreat from his duty.  He assembled the resources available and proceeded to execute the mission as well as possible.

But, this Monday promised to be different.  A recently promoted 1st lieutenant would join the platoon at 0500 for the 5-ton truck commute from the barracks  to the vehicle laager in the maneuver area.

That afternoon the assistant division commander (ADC) for maneuver who landed by helicopter shortly after the platoon dismounted six men, counting the new platoon leader, to assault an objective. The ADC in colorful language bellowed out the question: “Where’s the rest of the platoon?”

Almost as if on cue, a jeep mounted delegation from the battalion appeared around the knoll the platoon had attacked.  The battalion commander engaged in some pointed discussion with the ADC with the upshot being an assurance that the platoon would be brought to strength within 24 hours.

Dramatic change was about to occur to the platoon’s assigned strength. The next day two 2 ½ ton trucks climbed the rugged tank trail to the platoon’s wooded laager site and off loaded 37 men bringing the platoon to establishment.  There was work to be done to form a three rifle squad, one weapons squad and platoon command element from this assortment of soldiers.

The platoon sergeant and the lieutenant as a team got to work. Within days a functioning platoon had taken shape though there remained work to do.  The success derived from the effective relationship that had already formed between the platoon leader and the platoon sergeant.  The grueling pace of the fieldwork ahead would test the relationship on more than one occasion but it would hold firm throughout the test and through the following three months after the test to include the several weeks of Test 2.

During Test 1 the multiple day continuous scenarios stressed the men of the platoon, the vehicles and their maintenance.  Unerringly Sergeant Thaddeus Borenk was up before sunrise at “stand to” assuring the platoon was prepared for the operations of the day.  Drivers performed preventive maintenance and all fluid levels were checked.  The tracks had been topped off with fuel the night before and the platoon was always ready for its mission assignments. 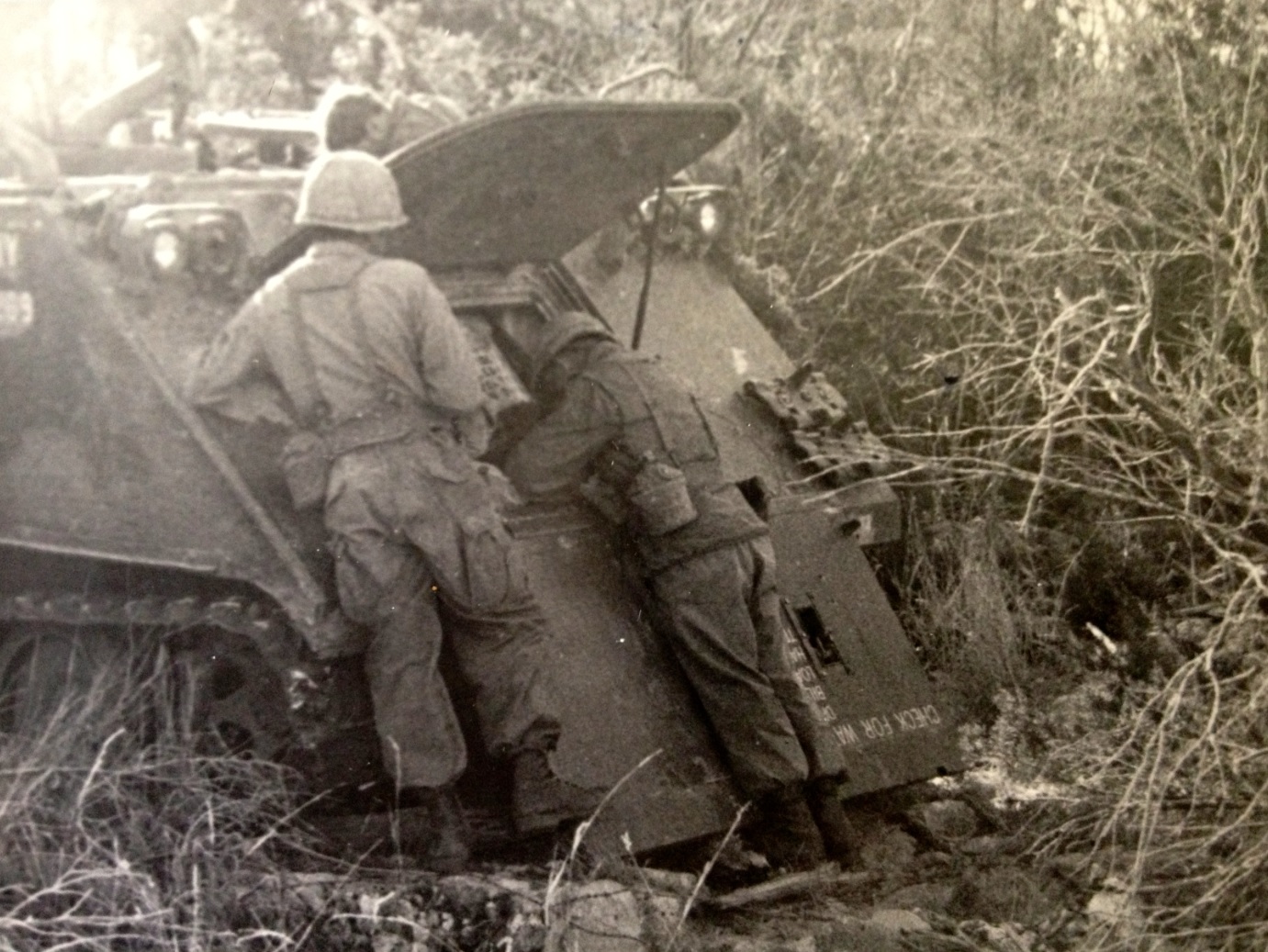 Platoon Sergeant Borenk personally working
a maintenance issue with one of the platoon’s four M113s.

This schedule when combined with occasional stand downs during the test and returns for short periods to the cantonment with cleaning and maintenance of the vehicles and equipment, in addition to the continued personnel dynamic and the platoon changing out some 60% of its men during the period, put a premium on effective leadership from the platoon sergeant.  Because of his known practical competence and embracing of the field experience with the soldiers of the platoon, the soldiers were steadfastly loyal to their platoon sergeant.  The soldiers respected his leadership and the demands placed on all in this dynamic environment, rather than straining cohesion and discipline, enhanced them.

The platoon benefitted greatly from Sergeant Borenk’s leadership as an NCO committed to living the demanding experience of the mission and bringing his seasoned competence to the platoon’s work.

A dedicated family man, the schedule with the weeks in the field made demands on the platoon sergeant’s family life. But here as well, a mature professionalism characterized the husband and wife team.

Nine months after beginning their partnership, the platoon sergeant and his platoon leader celebrated the end of their work together as the platoon leader assumed a new assignment as the executive officer of the battalion’s Company C.  It had been nine demanding but highly successful months.  A tough, accomplished and highly competent platoon had formed, a platoon that had become the catalyst for bringing the company’s other platoons on line operationally.  This achievement was very much the product of Platoon Sergeant Borenk. 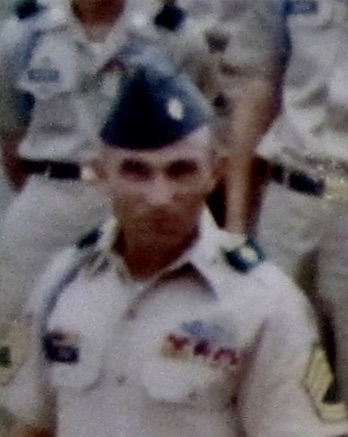 The professional leadership of seasoned and competent NCOs is the backbone of any effective tactical combat formation.  Platoon Sergeant Thaddeus Borenk personified that truism. He was the best of the NCO corps.