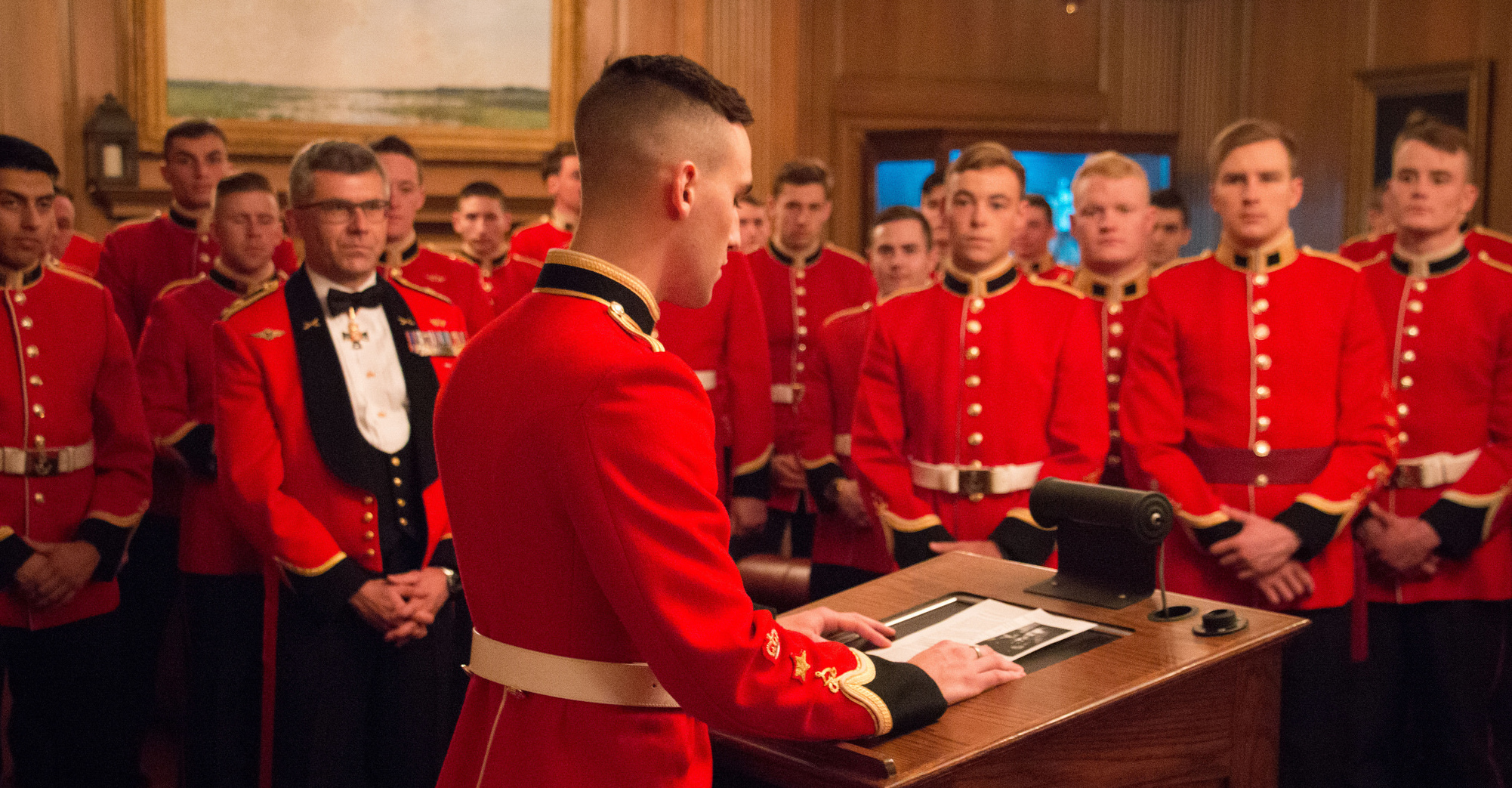 The main purpose of the dinner was to give the OCdts a brief introduction into the formalities and traditions of their respective military occupations and mess dinners.

Many other officers were invited in order to accompany members of the graduating class and discuss various elements of the future of their respective occupations, the Army, and the CAF as a whole. The night was quite the success, as many of the guests and OCdts were seen in the small hours of the morning talking, reminiscing, and overall having an enjoyable evening. 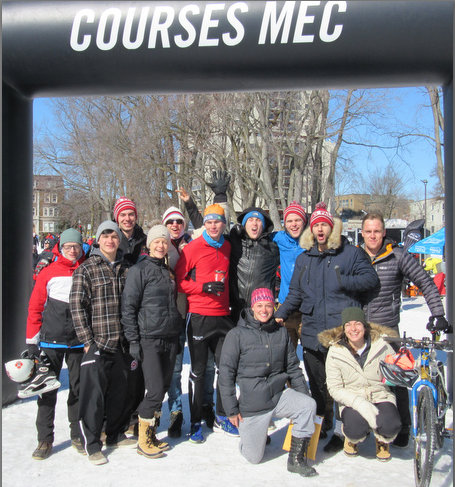 This past weekend 12 cadets went to Quebec City to compete in the Mountain Equipment Co-op snow pentathlon (Pentathlon des neiges). Cadets participated in both the team and individual events in the short and long distance races. The race consisted of 5 events including: biking, running, cross-country skiing, skating, and snow shoeing on the cold and windy Plains of Abraham. It was a very exciting competition as RMC was represented by some of it’s strong long distance athletes. On Saturday morning OCdt Peet, NCdt Rahamn, NCdt Wood, NCdt McClelland, and OCdt Chubb (Team name: Cirque de Sore Legs) battled the difficult weather and a number of setbacks and was able to complete the short distance race in under two hours. Later in the afternoon, OCdt Roots displayed his abilities as he placed 5th overall and 2nd in his age category in the individual long distance event. His performance was extremely impressive as he competed with some of the sports top athlete’s in the province. Meanwhile, OCdt Kiltz and OCdt Généreux raced in the same long distance event as a tandem pair. OCdt Kiltz began the race with a 14.3 km bike leg. Afterwards OCdt Généreux completed the 5.2 km running, 9.5 km skiing and 7.4 km skating portions to allow OCdt Kiltz to rest up for the 5 km snow shoe sprint to the finish line. Early Sunday morning, OCdt Moore participated in the short distance solo event. Doing all 5 events by himself showed a lot of heart and courage and it took guts to get out there and race on skis for the first time ever. Later that day, OCdt Gauvin, OCdt Roots, OCdt Grégoire, OCdt Généreux, and OCdt Desharnais competed in the long distance team event. The team was really successful and capped off an amazing weekend in strong fashion as they finished in under 2 hours 37 minutes. All the participants would like to thank the RMC Foundation for the opportunity to compete in the event and see the beautiful city of Quebec. It was an amazing experience. 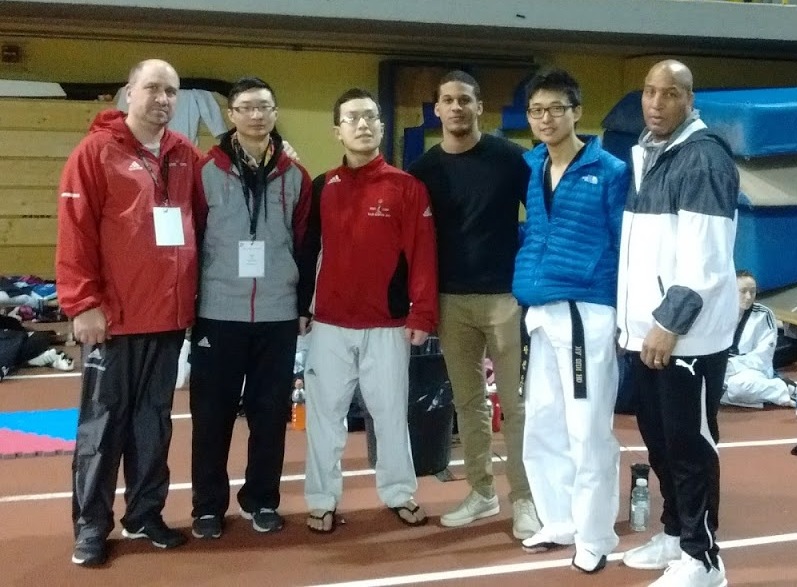 First year OCdt Sebastian Goh and fourth year NCdt Thomas Song traveled to Montreal on the weekend of March 3rd to attend the 2017 Canadian Taekwondo national championships.   OCdt Goh competed on the Saturday losing a tough match in the quarter finals and due to a pre-existing knee injury was unable to continue in the repechage round.

OCdt Goh had a final placement of 9th place.

NCdt Song competing on Sunday lost to 2015 youth Olympic competitor from Quebec in the first round and had a hard fought loss in the repechage round.  NCdt Song finished in 13th place on the day.   The RMC Taekwondo competitors also had the opportunity to connect with the CMR-St-Jean Taekwondo team members who were also competing at the national championships, Coach Darrell Hennigan and OCdt Sunho Na.

We are looking forward to having OCdt Na join the RMCC team in the 2018-19 season. 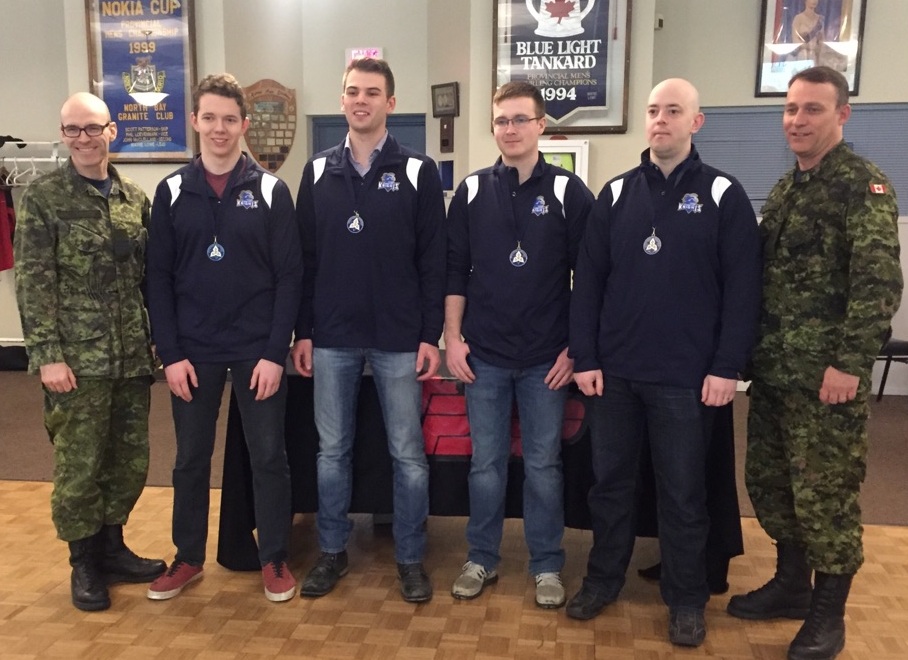 The team successfully went 3-1 in the preliminary round robin matches before winning a semi-final match against Trenton. The team lost in the finals against the host club (North Bay) in a tight match, but still finished with a solid 4-2 record on the week. The team would like to thank PSP for their assistance and support and RMCC for allowing the men’s team the opportunity to represent Kingston. They are looking forward to finishing the season strong and looking forward to a chance to win the Men’s league at the Garrison Golf and Curling Club this year. 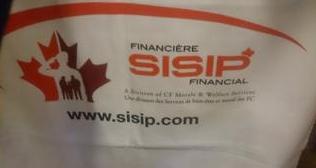 First Years – Learning how to handle their $$$$$

The PMT this week was a brief from the SISIP team. They talked about how the role of SISIP in the CAF was to provide financial security and peace of mind. They also gave very helpful financial advice such as how to create a safety net for times when you didn’t budget for this or that as well as told us to plan for surprises. They explained how to live within our means and that it is okay to say you can’t afford to buy the newest car, or go out more than once a week.

One important message that they stressed was to use cash not cards, and to budget your money for the long term. If you start by saving a dollar a week, and every week increase the amount by a dollar, by the end of the year you’ll have $1 000.

They told us where we could find a budget guide that outlines how much of our income should be spent on what parts of our lives and advised us to stay away from slick marketing schemes like lottery tickets. There were many great pieces of financial advice given at the brief that will be useful for the rest of our lives.

They made us aware that financial advice is always available to us at any points in our lives and for whatever money problem we have.

This Wednesday, the Class of 2019 participated in two equally important and interesting PMT sessions. The first covered some of the basics of military writing, and was led by Captain Harmon, while the second one was all about the role of a sergeant in the Air Force, led by Sgt Ingram.

Capt Harmon began her briefing by detaining some common mistakes made in memorandums. She stressed that attention to detail is key when completing paperwork. She then proceeded to tell the second years that military writing is an important skill for officers.

Then, the six squadron commander continued to discuss different types of military documents. Although it might be difficult to remember all of the rules of military writing, resources like the Military Writing Guide are easily acceptable for young officers.

Afterwards, Sgt Ingram gave a short briefing on the role of a sergeant in the Air Force. Given that many members of the class of 2019 will be joining the Air Force after graduation, it is important to know what members of the organization do at every level.

The sergeant, who has an infantry background, told the class about the variety of responsibilities and jobs available to Air Force NCMs. Overall, both of these PMTs covered relevant topics for future junior officers.

For the first hour of PMT this week, the fourth year class received a lecture from Lt (N) Stewart, 10 SQN commander, about the organization, traditions, ships and capabilities of the Royal Canadian Navy (RCN). Following the standard Navy slides, Lt (N) Stewart added stories about his own experience as a MARSS officer on the west coast before coming to RMC.

During the second hour we received a lecture from Captain Weatherby, 2 SQN Commander, about the use of the PDR and PER system. This brief was useful because it is PDR season at RMC and many of hold leadership positions which require us to complete PDRs for our subordinates. This brief was also important as many of us will be required to do these annual evaluations within the next year as junior officers, so it was important to review our skills.