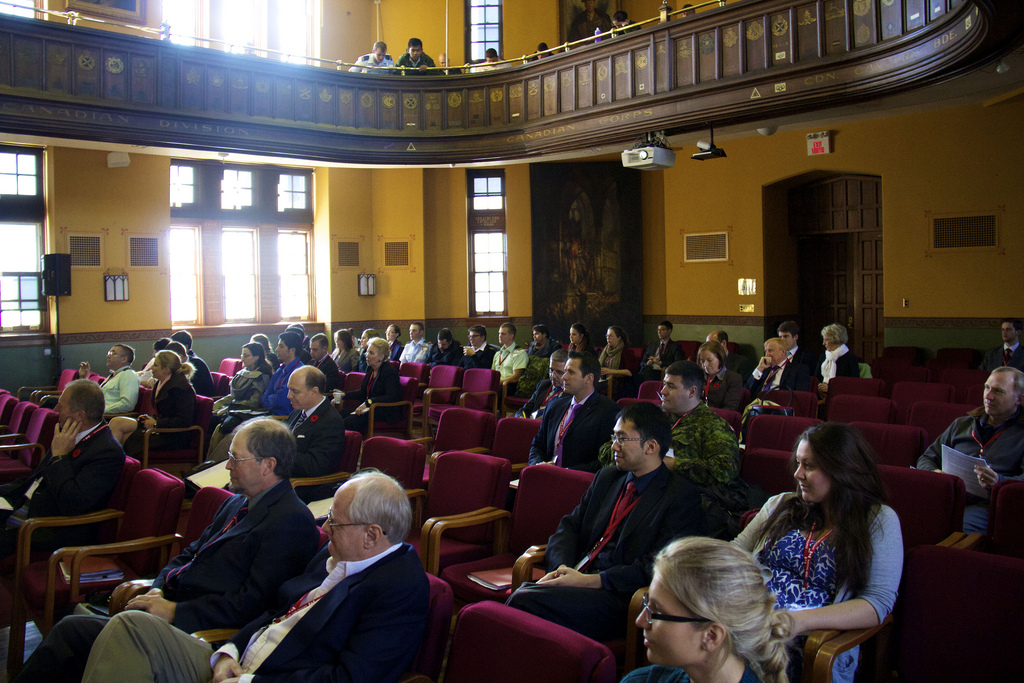 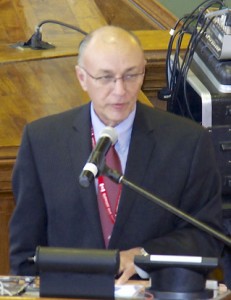 S146 General (retd) Ray Henault, (photo left) former CDS and current CDA Institue President, then addressed the symposium. He was very thankful of the three major sponsors which included RMCC. He also specifically acknowledged Colonel, Dr. Howard Coombs who has been instrumental in successfully coordinating the event with the College for the past four years.

After the introduction of the Key Note speaker for the morning, he turned the floor over to Mr. Ferry de Kerckhove, Former High Commissioner of Canada to Pakistan and Ambassador to Indonesia and Egypt who delivered his address “The strange world we live in – Le monde étrange qui est le nôtre”. He certainly lived up to the high expectations promised by General Henault as he was exceptionally passionate, animated as well as being articulate and thought provoking. He made mention of the recent trend in contemporary security challenges as now being mainly intrastate in nature as opposed to formerly being state centric and militarily defined. He also made reference to the “fusion of soft and hard power” as a new way of approaching security issues. As noted by General Henault, his address was not only very informative but served as a superb spring board for the nine symposium security panels.

RMC Club and Foundation Members were very high profile as evidenced by the fact that they collectively represented five of the nine panel moderators. The five individuals were: 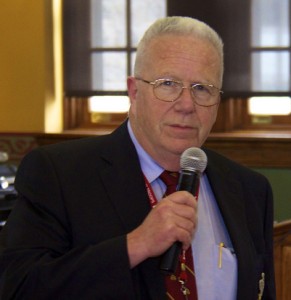 Other Club notables were 4377 LGen (Retd) Richard Evraire, who is member of CDAI’s Executive, and 8045 BGen (Retd) David Jurkowski, who represented the symposium’s major sponsor, Bombardier

Many of RMC’s faculty were intimately involved in supporting the Symposium which again attracted exceptionally talented graduate students from a wide variety of academic institutions across the country. It was also a great opportunity for several RMC graduate students to participate by delivering papers. For other RMC under graduate students, it was a convenient professional development opportunity as the benefited from the excellent presentations and debate.

The following five RMC students delivered papers and presentations as part of this year’s symposium:

2. “The Unjustifiable Aspiration of the Canadian Parliament to Vote on All Future Military Missions”; Krystel Carrier

4. “The Duty to Humanity: Problems of the Standards of Humanitarian Intervention and the Case of Syria”. Kaleigh S. Heard

RMCC once again provided warm hospitality and superb support to the event. Finally, as noted by many, this year’s symposium was marked by strong attendance and exceptionally high quality presentations which yielded an exceptionally enriching experience for all.

SEE MORE PHOTOS FROM THE SYMPOSIUM BY OCDT CURTIS MAYNARD