xxxxx Zack Day was residing in Stittsville, Ontario and graduated from South Carleton High School is 2011 prior to enrolling at RMC that same year.

Zack was the Cadet Wing Commander (CWC) in his (IV) Year. He was kind enough to engage with us and share some of his experiences that led up to his graduation year in 2015 and his post RMC career.

It made sense given my desire to join the CAF upon gaining a university degree. The location, the challenging and sometimes hectic standards, and the idea of being part of a close-knit group of like-minded people were all motivating factors.

Memories from your time at RMC?

Although no distinct memories stand out (give it 20 years), my favorite times at the College revolved around the opportunities to participate in large-scale events. My fourth year was filled incredible experiences such as the Legacy Dinner, the Winter Ball and the opportunity to spend two weeks in Japan at the International Cadet Conference. 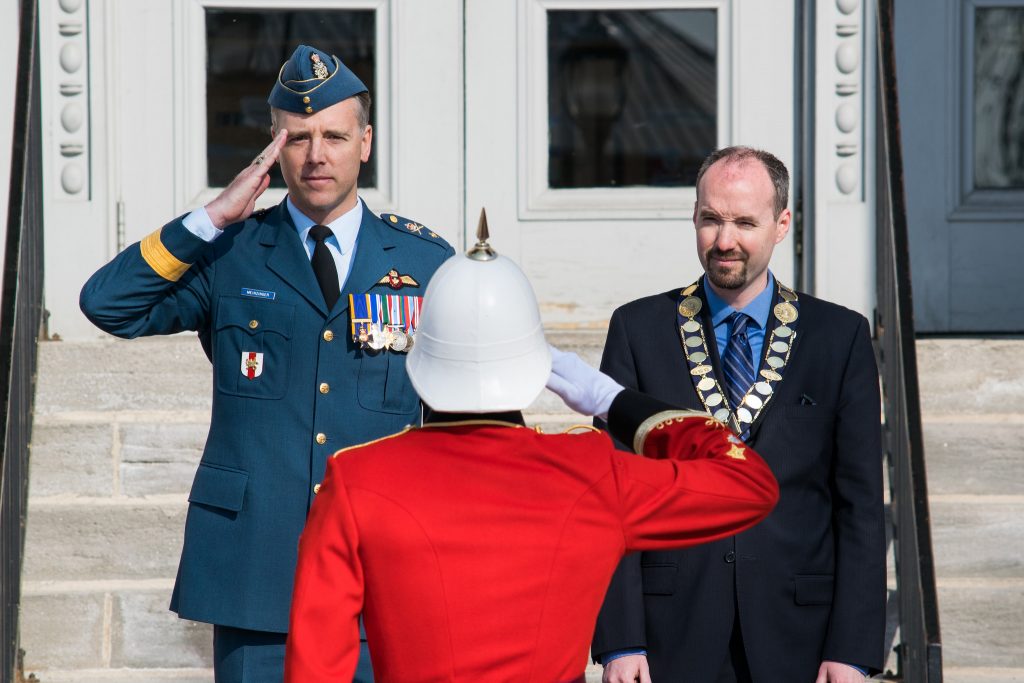 I distinctly remember Dr. Patterson (now mayor of Kingston) and his second-year microeconomics course. He called it the gateway into the program; at the time it was the most challenging academic course I’d taken at the College. Although he was always fully encouraging and supportive, you could tell that he revelled in the difficulty of his material.

Being able to work with and learn from LCol Popov (DCdts) and the remainder of the senior training wing staff in my fourth year was incredibly eye-opening. It gave me some perspective on how senior officers plan and consider a variety of challenges. Out of the applicable experience I gained at the College, this was easily the most valuable.

What do you consider your biggest challenge(s)?

Balancing the schedule and trying to choose what to commit to were the biggest challenges. Because of all the opportunities available, finding time to participate in all of them was a struggle.

After graduation in 2015, I was posted to 1 PPCLI in Edmonton, where I served 2.5 years as an infantry platoon commander. While there, I was lucky enough to deploy on the first rotation of Op REASSURANCE in Latvia.

In February 2018,  I was posted to Ottawa as a military assistant to the Minister of National Defence.